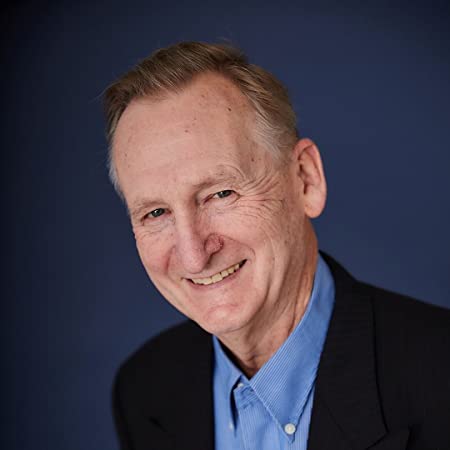 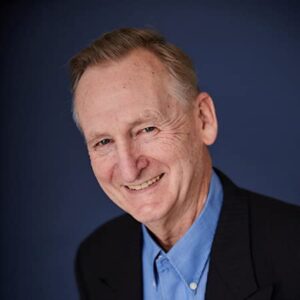 1. What is The Redeemed about, and why did you write it?

What THE REDEEMED is about:
Catastrophic fires, a pandemic, and starvation collapse civilization into small tribes and gang warfare. Survivors Veena Osborne and her mentor, Abraham Jones, endeavor to keep their group safe, most of whom are Christians. Yet, the biggest stumbling block to their future is the apparent sterility of all humans. As they struggle against the daily trials, they discipline themselves to hold fast to their faith and God’s promises.

Eleven years later, God delivers hope through a mysterious stranger, Nate Sinclair, who has recently awakened from a suspended animation experiment that carried him past all the disasters and hardships. Stumbling into Veena’s life, Nate’s integration into Veena’s tribe spawns a romance with Veena as Nate progresses in his spiritual journey. After their marriage, God reveals His miraculous care when Veena becomes pregnant. The pregnancy exposes that the pandemic sterilizes only the men, and Nate, who wasn’t sickened by the disease, is fertile. Conflict arises as the Tierrans contend with their understanding of faith, especially regarding Nate’s potential to produce children.

God provides a way forward, but the gift of children also incites gangs to attack. The biggest, best-organized, and most bloodthirsty band is the Killers, led by Rex. When Rex—badly wounded by his backstabbing lieutenant—is captured, the tribe leaders must decide whether to heal him, kill him, or cast him out. The decision exposes the cost of redemption but also the rewards.

Why did I write it:
“Why did I write it?” That is an interesting question, especially as my strengths are in engineering and not necessarily in literary composition. The seed for the story was planted in a dream I had thirty-six years ago, a vision so memorable that I told it to my young children. My nine-year-old son captured part of the story in a drawing. The seed grew in my mind, and I wrote the initial story within two years. After that, it was left unfinished and dormant for thirty years.

As life demanded my attention on more urgent needs, the account remained in my mind like an itch that wanted to be scratched but was ignored. My lapsed faith was renewed, growing, and maturing during that time. As a result, the scope and depth of the saga expanded in my thoughts. Finally, I reached a stage where I could indulge in completing the manuscript, adding the faith elements that have blossomed in me and the tale. I have longed to share this vision.

Though this sounds like a simple question, the response is considerably complex. I will attempt to summarize. For me, having faith during wars and pandemics is grounded in remembering how God has moved both in the history of humanity and in my life.

I believe part of our problem in dealing with war and the pandemic is the onslaught of sensationalized news we receive from agencies striving for higher ratings. Let’s consider events such as the bubonic plague, which is estimated to have killed somewhere between one-third and one-half of the population in Europe. We should be thanking God that He has created us during a time when He has revealed miracles of medicine, sanitation, and treatment. We should remember those past horrors and gain some perspective regarding what we face now. It is also essential to recognize that we are descendants of the survivors of the preceding wars and diseases. Therefore, we are here because God moved in grace with our ancestors. We must recall those mercies and realize He offers His everlasting love and care to us every day.

I have twenty-twenty hindsight in my life in acknowledging how God has kept me safe and worked all things for my good despite the foolish mistakes and choices I had made. As a result of His care, I have survived local and global threats that terrorized my life. Though the trials I faced in the past seemed hopeless at that time, now I can affirm that God was there and brought me to a better place.

Finally, we should respect and comprehend that Holy Scripture informs us that:

So, our faith strengthens when we recall His faithfulness and embrace His promises.

3. Can you share a challenging time in your life when your faith helped you get through it?

For almost twenty years, from the age of sixteen to the collapse of my second marriage, I was a lapsed Christian. The closeness to God that I felt as a child had been hidden away despite brief renewal periods. My faith during that time was the seed sown among the weeds. With the failure of my marriage, I was alone, separated from my children, and depressed. In that dark time, my dormant faith pushed me back to attending church, and I was surprised to hear the weekly messages seemed to be addressed directly to me. I believed that faith opened my spiritual ears to listen to the nurturing I needed. That reawakening became a turning point in my life and developed into a closer, trusting walk with God: Father, Son, and Holy Spirit. During the early months of this renewed journey, I received the dream for this story. My faith grows stronger, and I am blessed with a wonderful and patient wife who shares this faith. My earthly life is so much better than before, and I look with confidence to my eternal life with God.

4. You also write about miracles in your book. Have you seen or know anyone who has seen or experienced a miracle? If so, what happened?

I think we have become numb to the miracles we experience every day. One of my favorite jokes goes something like this:

A man drives a car to a crucial meeting and frantically looks for a parking place. The man cries out, “God, help me find a place to park so I can reach this meeting, and I will serve You every day!” Just then, a car backs out of a parking place in front of the meeting’s location. The man shouts with joy, “Never mind, God, I found a spot!”

Hopefully, we grasp the point of this joke is that the man (and probably most of us) has become blind to the miracles that happen all the time. When you consider all the conditions required on this planet for life to survive, it is beyond human comprehension and a miracle. The conception and birth of a child is a miracle; just ask any couple that desires that blessing but cannot receive it.

My faith stumbled when a lovely, kind, sixteen-year-old classmate died of Hodgkin lymphoma. Eight years later, I knew a man who received treatment and survived Hodgkin lymphoma. Hodgkin lymphoma is no longer an imminent death sentence, which is a miracle. To this day, we are still in the shadow of a pandemic. When this pandemic was recognized, there wasn’t any protection. Within nine months, at least three different vaccines were developed that significantly reduced our vulnerability to the virus; another miracle.

I know sisters and brothers in Christ who became alienated from their biological family by accepting belief in Y’shua/Jesus. These sisters and brothers have embraced an intangible reward that their earthly family cannot comprehend. They have suffered the loss of birth family relationships for the joy set before them; that is a miracle. 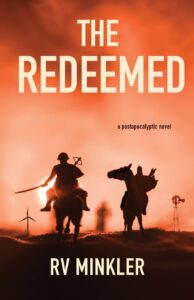 So, instead of waiting for the fire from heaven, parted sea, or burning bush, we need the scales to drop from our eyes so we can rejoice in the miracles before us in every situation.

5. What did you learn about yourself as you wrote the book?

The simple answer is that I was immature before my reawakening. There were parts of the initial story, which I didn’t share with my children, that were crude and risqué. As my renewed journey with Y’shua/Jesus grew, those crass segments disappeared as unsatisfactory, and the tale grew in depth and richness.

I have several prayers in the novel, and I have been surprised by some of my beta readers’ responses to those prayers. Whereas some readers loved the prayers and have spoken to me about how meaningful the prayers were, other reviewers thought the prayers were too frequent or prolonged. The latter observations came even from those who are also Christians. After consideration, I made only minor modifications.

This story describes an imperfect group of Christians. Though some non-Christians may ascribe to the thought that all Christians are self-righteous and consider themselves perfect, I believe almost all Christians recognize that we are imperfect and in daily need of forgiveness. That said, I suspect there are aspects of this story that will offend some in the Christian body.

I desire that this story honors God and seeds hope in struggling people.