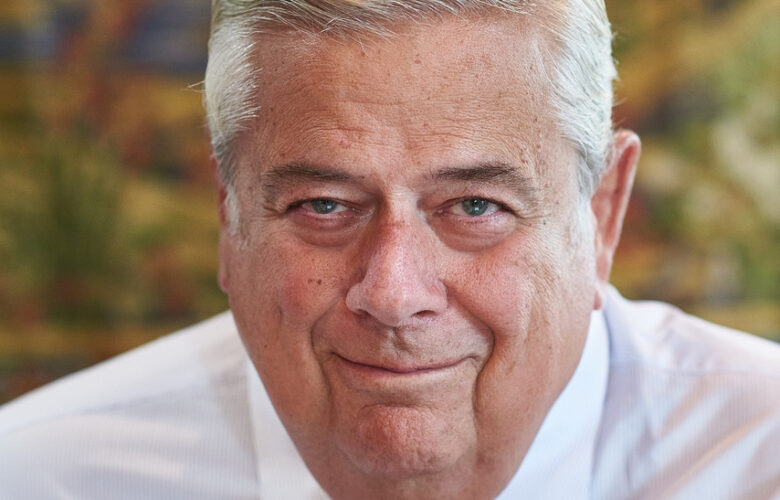 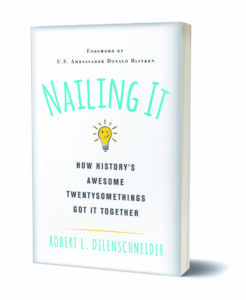 From NAILING IT by Robert L. Dilenschneider, excerpted with permission from Kensington Books. Copyright 2022.

Two young women sought to make history for the most positive of reasons. One lived doing so. One died.

Though their time at NASA overlapped only briefly, they are forever bound together in our imaginations, along with the space shuttle Challenger, the vessel on which they traveled, on separate missions.

Sally Ride went into space twice during her nine-year NASA career: in 1983 (when she was 32 years old and happened to be NASA’s youngest astronaut, another first) and 1984. For each voyage, she was a crew member on the Challenger. As 1986 began, she was training for her third mission, scheduled to take place after Challenger’s then-current mission, Christa McAuliffe’s mission. One of the goals of NASA’s shuttle program was to emulate the near-continuous use of commercial aircraft, which fly, arrive, are serviced, and fly again.

Another one of NASA’s goals was, frankly, good public relations. The agency wanted to increase excitement about, and support for, space flight and the science behind it. Opening up possibilities to a broader audience was a key strategy. That’s why Christa McAuliffe, a teacher and a civilian, was on the Challenger that day that we all remember, January 28, 1986. All seven crew aboard were killed when the shuttle launched, soared into the sky, and exploded after a seventy-three-second flight. McAuliffe was 38 years old.

The shuttle program was immediately suspended, resuming after two years. Dr. Ride was chosen to serve on the board that investigated the Challenger disaster. (Almost twenty years later, when the shuttle Columbia disintegrated upon re-entry into earth’s atmosphere, again killing an entire crew of seven, she was part of that investigation as well.)

Sally Ride the scientist. Christa McAuliffe the teacher. Both these two young thirty-something women had prepared themselves well for their careers—neither of which was to include traveling to what used to be called, quaintly, “outer space.” What brought them to NASA and to the “firsts” that were turning points in their lives?

I can find no evidence that Sally and Christa ever met, even though their time at NASA overlapped. If they did not know each other, though, they must have known of each other. If they ever talked, do you think they focused on the identity of being “first,” which is often more important to onlookers than to the people involved, or to the joy they found in space exploration. Or other, more mundane topics?

Sally Ride was 26 years old in 1977, about to receive her PhD in astrophysics from Stanford University; only her thesis remained to be written. With three other degrees from Stanford (BA in English with a concentration in Shakespeare, BS in physics, MS in physics), she clearly was oriented toward a life in academia. Soon she would be applying for teaching positions.

One morning, drinking coffee and getting ready for the day, she read an article in the daily student newspaper with the headline “NASA to Recruit Women”—and not just women for any old NASA job, but for the first time as pilots and mission specialists—as astronauts. And it was not just women who were being newly recruited, there was a focus on minorities as well. And on scientists. The NASA era of astronauts being exclusively White-men-with-military-flying-experience was ending.

Ride decided—almost instantaneously—to apply. As Lynn Sherr, journalist and friend, subsequently reported: “‘I just had this Wow! feeling,’ Sally later said. ‘I read through the list of requirements for mission specialist and said to myself, I could do that.’”

Dr. Ride would be part of the new NASA era. Out of eight thousand applicants, she was one of thirty-five people to be chosen for the first new class, which included six White women, three Black men, and one Asian-American man. In early 1978, she entered NASA training as a mission specialist. (Sadly, one sister-member of her class of astronauts, Dr. Judith Resnik, was a crewmate on the Challenger with Christa McAuliffe.)

The “space race” was one of the defining elements of the post-WWII Cold War between the United States and the Soviet Union. With the successful launch of the (unmanned) satellite Sputnik 1 in 1957, the Soviets were ahead in the race, and it was imperative that the United States not only catch up but exceed. Citizens were nervous about Soviets “flying around up there.” National security was at stake. What’s called the “Pearl Harbor effect” came urgently into play, with new funding, new agencies, new coordination among existing agencies, new R&D efforts.

Early in 1958 the United States launched its first satellite, the Explorer, and, later in the year, the NASA organization was formalized. Its official goal was “to provide for research into the problems of flight within and outside Earth’s atmosphere, and for other purposes.” “Other purposes” indeed; defense of the country was never far from anyone’s mind.

Within three years, the space race was neck and neck. The Soviets sent the first man into space in April 1961, the Americans in May 1961. The missions met their objectives; cosmonaut Yuri Gagarin and astronaut Alan Shepard returned safely to Earth.

In July 1970, the space race ended when American astronaut Neil Armstrong became the first person to step onto the moon; in July 1975, joint American–Soviet/Russian space missions commenced and continue to this day. (The Cold War officially ended in 1991 when the Soviet Union was dissolved.)

American-manned space travel was centered around the Mercury program (1961–63), Project Gemini (1965–66), and Project Apollo (1968–72), augmented by unmanned satellite exploration. Each successive program built on the previous one in all ways, but a characteristic of each spacecraft was that it was single use, burning up (with the obvious exception of the astronaut’s “pod”) in Earth’s atmosphere as it returned from space. And each astronaut—a man with military experience—reflected NASA’s role in American national security apparatus.

The goal of diversifying the NASA astronaut cadre had been bandied about since the early 1960s, but it was impetus from President Nixon in 1972 that had formalized the effort. PostApollo, the next generation of spacecraft was emerging. The new Space Transport System—a “shuttle fleet for low Earth orbit”—would be made up of reusable vessels capable of frequent and long-lasting flights, whose crews did lots of experiments. 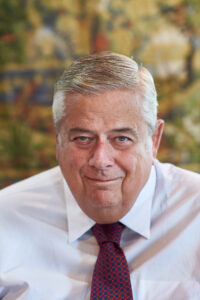 Robert L. Dilenschneider is the author of Nailing It: How History’s Awesome Twentysomethings Got It Together.

He is founder of The Dilenschneider Group. Headquartered in New York and Chicago, the Firm provides strategic advice and counsel to Fortune 500 companies and leading families and individuals around the world, with experience in fields ranging from mergers and acquisitions and crisis communications to marketing, government affairs and international media.

Mr. Dilenschneider has been called the “Dean of American Public Relations Executives” and is widely published, having authored 14 books, including Decisions: Practical Advice from 23 Men and Women Who Shaped the World; A Briefing for Leaders; On Power, The Critical 14 Years of Your Professional Life; 50 Plus!—Critical Career Decisions for the Rest of Your Life, and Power and Influence: The Rules Have Changed.