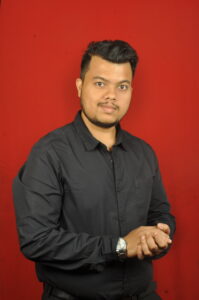 Now, what is spirituality? Why has it been seen as something very crucial for human development from ancient times? What factors push you into the spiritual dimension? I am going to try and answer all these questions as per my experience. When I was in my college days, I got rejected by a girl and that rejection destroyed me so much that I had to seek psychiatric help. My whole mental structure shattered into pieces. I was unable to handle such a minute situation which led me to the destruction of myself. I had many rage episodes which my family and relatives couldn’t even dream of! After that incident, I decided to dive into spirituality and seek the major fundamental questions about life. I was already initiated by a guru at the age of 4, but I never took the spiritual aspect of myself seriously. Only after the deep trauma I experienced, only then I started to prepare the grounds for the spiritual journey. From Vedic texts to Upanishads, in non-duality philosophy, the ultimate reality was known as Brahman. The meaning of the word ‘Brahman’ means ‘to grow’. That means the universe is expanding. Also from the scientific standpoint, they too agree that the universe is expanding.

After some time spent on my spiritual journey where I started to read philosophical texts and kickstarted my meditation journey, I  got into an episode where the mind deceived me into believing that I  am god and the whole universe’s load is upon me. I needed to control everything and everybody should worship me!. The second mental breakdown was a spiritual one! So I started to enquire deeply into the necessary question as Who am I? What am I? Why are these breakdowns happening to me?

It happened on a mysterious night where I skipped unconsciously to take my daily dose of psychiatric medications, I fell asleep. These medications alter your consciousness. I didn’t expect in my dreams that what was going to happen next as it popped out as a frightening but amazing surprise. As I went into sleep, I suddenly felt a growing sense of heaviness in my head. It was as if someone was ‘frying my brain’. I experienced a crazy feeling where I was sinking lower and lower into a deep abyss of myself. It was indescribable. It was as if I was being transported to some other dimension. I had no thoughts running in my mind. My mind was quiet, yet very vigorous and alive. It was just as if my brain was being soaked in chemicals. And in just about a minute I had this feeling where I felt that I have lived a million years! I felt as if I have gathered a million-year volume of life. Yes, that may sound crazy but the feeling was too ecstatic. I lost completely the sense of space and time. After some time somehow I slept and in the morning, everything altered into a different reality. I was not the same.

When I searched upon this topic on the internet, I came to a term known as a kundalini awakening. Kundalini is referred to as the coiled energy situated into the base of our spine. As it is activated, it goes higher and higher, piercing different chakras, and reaching the top of the head. I did that accidentally! It was as if someone greater than myself wanted to express itself through me.

I experienced the first glimpse of no-mind(also known as no-thought where the mind is not thinking and is completely aware) when I read the book of the spiritual teacher known as Eckhart Tolle. Suddenly my room where I was sitting felt fresh as if I was seeing it for the very first time. The colors of the accessories in my room, the shining curtains radiating, everything was feeling like born anew. It was like I had broken out of the psychological matrix and had entered into the other side which is hidden in this very world. My mind was trying to make sense of this experience in its fashion, Interpreting everything in its way. My mind only said that “you are going crazy”!

Non-dual Vedanta says that everything is brahman(ultimate reality) and science agrees that everything is one energy. Recently I had a mystical experience which I did in madness only. I was doing a guided meditation which was designed by Dr. Joe Disepenza. This is the meditation where you activate your pineal gland and ascending energy through chakras. After the meditation, when I got up, suddenly my sense of self was above the head! I could walk or talk but I didn’t feel an iota of my bodily existence. I thought this is how I am going to die because the experience was very horrifying. But I just relaxed into it and everything became normal in some time. Then when I read the book of inner engineering by sadhguru, he explained that when the 114 chakras are activated, the sense of body vanishes! Again in madness, I did that!

I just want to say that, before trying any meditations, just make sure you are done with the fear of death of yourself. Because meditation is dying into yourself. Dying into unknown territory. It’s like moving into uncharted seas without a compass. It’s like falling into a deep abyss that is without a base. It’s like plunging into a baseless pit! If you are afraid of death and you try to go into spirituality and meditation then it will disturb you. I also got frightened when I was meditating and suddenly my right hand started to freeze. It was like rigor mortis. I knew I would die so I gave up meditation for some time. I didn’t have had the courage to do it again. But you know, if you are a mad and crazy person, nothing can stop you from experiencing the ultimate! If you are interested in meditation, you can read the text known as Vigyan bhairav tantra. There are 112 meditation techniques in it that can help you to realize that which you already are! I personally used the technique of breath awareness which is the easiest and the safest among them. When the mind is silenced through these techniques, the hidden reality shows itself which the mind can’t conceive. The mind will trick you by saying that, “realization can be had by great people like buddha only!” don’t trust the mind. It will always give excuses when you would even think of trying the meditation because meditation means the death of the mind. The mind runs towards the past or accelerates towards the future. It cannot stay in the present moment. The mind always misses the present moment. It also makes realization a goal to attain, which is again the future! In spiritual terms, nothing more can be added to you, you are spiritual the way you are. You just have to discover it through simple methods.

Check my book on amazon