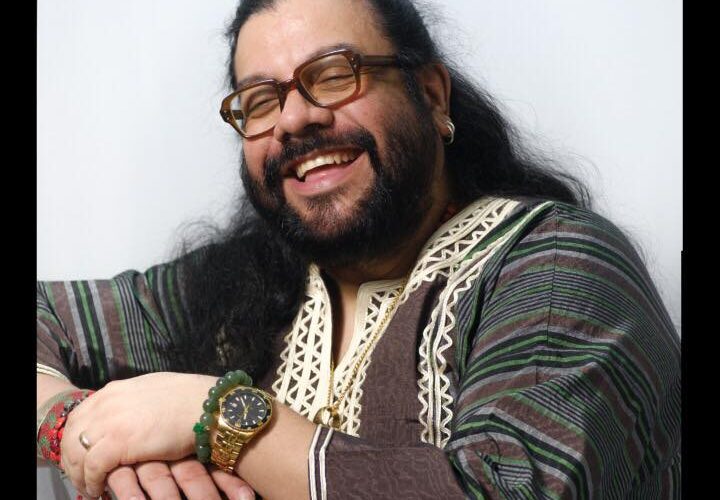 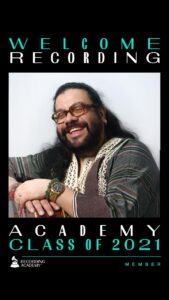 1. Tell us about your new album, the New Age album. What is it about and what were some of the inspirations behind it?

With this work I seek healing, that everyone who listens to it feels, in addition to a passing well-being, a real change in their life and that they achieve tranquility.

For this album I initially worked with the Solfeggio frequencies in the most basic state of it; that is, pure sine waves (396 Hz, 417 Hz, 528 Hz, 639 Hz, 741 Hz and 852 Hz and 963 Hz) then I added a bass tampura an octave lower and on that “canvas” I began to paint soundscapes, Based on the colors and elements that distinguish each chakra, I figured out how to represent with music, for example, the color red and the earth element.

All this work was created from scratch and recorded in the studio, including the sounds of nature were recreated, for example, in Vishuddha I used an old porcelain Chinese whistle that by adding water perfectly emulates the sound of birds.

This album fuses musical instruments from around the world, from a Dan Moi from Vietnam, a Chinese hulusi, Tibetan bowls, Andean chajchas, rain stick from the Amazon rainforest, an Aztec death whistle, Djembé and gongoma from Senegal and darbuka from Syria masterfully combining them with western instruments like Electric Guitar, Analog Synths, Acoustic Guitars, Lap Steel Guitar and an E-Bow to play the guitar in Sahasara.

2. Can you talk a bit about your own personal spirituality and how that has influenced your music?

To be able to say something, to be able to be convincing with what you say, you must first BELIEVE, and then believe in what you are doing; then that change first has to be given by the person. Fortunately, I have been able to achieve that change, that spiritual conversion over the years. Over time, you begin to gain peace of mind, wisdom and you begin to value those little details that at some other time you do not value.

Once you reach that tranquility, when you know what you need to be well, or what people need, it is much easier to be able to transmit it with music, which is the language that is most facilitated to me. With all this I can achieve that people also feel that calm and that they can achieve some degree of spirituality

After a musical stage in which the motivational discourse was predominant, seeking that people first believe in themselves to achieve tranquility, I decided to take that step to now provide people with sound experiences that arrive and fill, without needing words.

This whole process occurred first in me, since it is necessary to achieve that internal tranquility to be able to profess it and for that message to feel authentic. Our spirit is part of human nature, looking at beauty and describing it through music is part of that supernatural energy, it is part of feeling alive giving life to creativity always from the inside out, the universal response happens from within.

3. What are some of the New Age ideas that you incorporated into your music?

New Age music has always captivated me, but with a predilection for traditional music, where it all started. And New Age music in its beginnings, rather than using deep rhythms, percussions, drums, pianos in their truest sounds, was characterized by the use of sound layers, of “sound mats” created by analog synthesizers, and that I rescued, for me when listening to New Age is what I rescue, the essence of original synthesizers. And that is precisely what I have tried to capture in my work to merge unconventional instruments in the New Age with the sound of the classic synthesizers of this genre used by the exponents of the seventies and eighties there I generate this proposal that has the conventional, the usual and the novel.

Being a lover of instrumental music and especially the New Age of the seventies and eighties in particular, I tried to incorporate into my music the sound of the analog synthesizers used by the great exponents of the genre in those years, thereby achieving an atmosphere surround sound.

4. What were some of the challenges you faced as a musician and how did you overcome them?

One of the main challenges, speaking of my beginnings in my musical career is to face the reality of the scene that generally looks for simple, digestible music. I come from a place in a city where the places to perform music are being able to say reserved or Limited for artists playing music by other authors. Music not their own, or authentic or original proposals are presented but simply music made by others to accompany a drink or a meal. And I’ve always tried to contribute with my own music and that was the first big obstacle. Then, on this particular album, the biggest obstacle I had was being able to generate and create soundscapes, create music without changing chords, Most of the tracks on this album did not harmonic changes, the music simply flowed from a single tone and simple, and not necessarily the Solfeggio frequencies are assigned to a particular note, so they are literally in the middle, between one note and another and to achieve those sounds I had to make changes in the tuning of both the keyboards and the guitars in order to achieve sound harmony. Another remainder of this album was balancing the fusion between traditional New Age music or instruments with guitars, electrics and the Lap Steel guitar, mixed with unconventional instruments from the world. That mixture of eastern and western sounds, and the little use of chords was a great challenge, but in the end you can see that contribution or innovation that we were able to give to the music.

5. Did you experience any chance in your personal or professional career as a musician? What were those?

I have always believed that what happens to you happens because of something, there is always a reason “behind” to call it somehow and I have always believed in the signs, I have learned to notice or to be able to notice in the smallest details things that can help me, literally and they can serve in the future to be able to change and be a better person or to make a song or to translate it into a work. I believe in signs and thanks to these signs that I could call causalities I rule my life, all this seeking that balance as a person, as an artist and spiritually. Creating is an act of faith you have to believe in yourself in what your heart says to convey the spirituality of a song, music is part of a universal energy we artists are interpreters of that universal and infinite mystery.

Of course, just wish all of you to enjoy this work, in the same way that I did when creating and composing it and that with all my heart it serves to generate tranquility in all of you, and achieve if you can an internal healing, healing spiritual and I hope that when you listen to it you will be flooded with sensations and energy, the best obviously, the best and the purest.

You can listen to Antonio’s music at https://instabio.cc/internalcosmogony