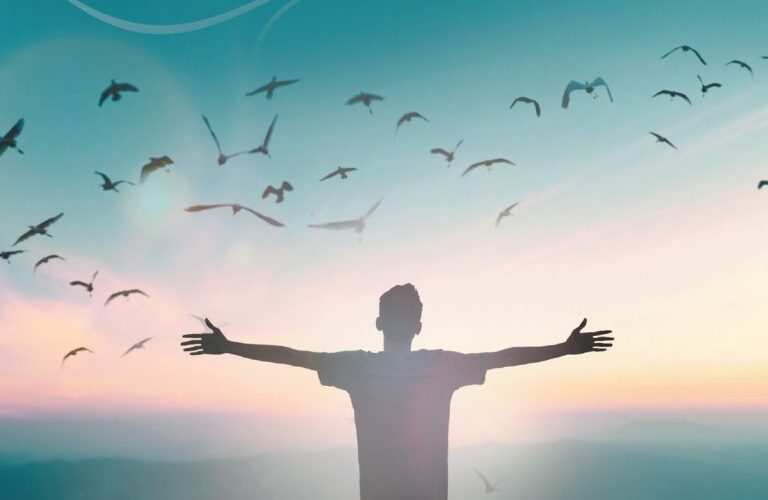 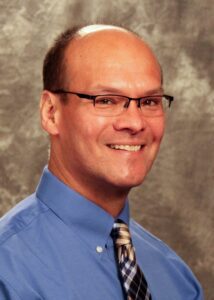 It was the end of February and the winter in Michigan was growing long.  Snow blowing and shoveling snow on a regular basis, sometimes early in the morning around 5 am and then again in the evening, was making me physically tired.  Work was demanding and taking care of 2-month-old puppies had become stressful.  Having little time to take care of myself physically, emotionally, and spiritually was becoming a challenge.  I was craving me-time and it was not happening.  I had been praying to God, seeking peace, and asking for strength to help me get through the days, but I could tell that God was letting me stay in this state until I could figure it out, but it just wasn’t happening.

Then one morning around 5:15 am I woke up to Henry’s whining, our boy dog.  All was dark in the house, and I made my way down the stairs to get their collars, grumbling in my heart on why I had to do this and lamenting that I could not sleep longer.  As I knelt to Henry’s crate and opened the door, he pushed through and into my chest as I put his collar around him, wagging his tail and licking me.  I then found myself near Tyre and Sidon in the middle of the day, the sun was bearing down on the dirt roads, people were staying in the shade either by trees or by their houses, and the chickens were picking at the ground looking for food.  Jesus and his disciples had withdrawn to this area after rebuking the Pharisees for clinging to their traditions and elevating these above mercy and love.  Confrontations were becoming more frequent for Jesus but the time for his crucifixion was not to take place yet, so he needed to withdraw from Israel to this Gentile land.

Tyre and Sidon were 2 Phoenician cities along the coast of the Mediterranean and still present today in modern day Lebanon; Tyre was about 20 miles south of Sidon and about 12 miles from the current-day Israel and Lebanon border.  This area was known as the land of Canaan and was dominant up to the years 1250c – 1150 c. BC1 when it is believed a major catastrophe took place, possibly military, that resulted in the dissolution of their land and culture.  The bible has this time in history as the invasion by Hebrew General Joshua and the Israelites2. Tyre and Sidon prospered because of their seaports and trade centers.  The Canaanites were polytheistic and were considered corrupt and pagan by Israel standards, a threat to Israel’s monotheistic religion and relationship with God.  With time, the Canaanites military weakened and became inferior to the Israelites.  With this backdrop, I saw the Canaanite woman approach Jesus, crying out to Him, “Lord, Son of David, have mercy on me!  My daughter is suffering terribly from demon-possession.” (Matthew 15:21-28).  Mark also recounts this story and places Jesus in a house that he had chosen to have his disciples rest (Mark 7:24-30).  The woman is well aware of the rivalry between the Jewish and the Canaanites, and acknowledges Jesus’ superior standing as a Jew, but also is willing to acknowledge him as the Messiah since she called him the “Son of David.”  Jesus does not address her initially, and only after the disciples urge Him to send her away, he replies, “I was only sent to the lost sheep of Israel.”

The woman, after initially crying out to Jesus for mercy, knelt near Jesus and said, “Lord, help me!”  He replied, “It is not right to take the children’s bread and toss it to their dogs.”

But in her inferiority and humility, she had acquiesced to the role of a dog while acknowledging Jesus as her master.  “Yes, Lord” she said, “but even the dogs eat the crumbs that fall from their master’s table.”  Because of her faith, Jesus healed her daughter.

While I was holding Henry in my chest and then proceeded to get Margaret’s collar on (our girl dog), I acknowledged that the winter had become long and difficult.  It had become difficult trying to be loving and charitable on my own terms, forcing this desire while at the same time having the desire to have my own “me time.”  I acknowledged that I had not let God in to help me with this dilemma because I wanted to do it in my own terms.  The load became heavy enough that I finally found myself praying to God, “Lord, have mercy on me, I am one the dogs right now and I could eat whatever crumb you let fall from your table.”

At that moment, I felt like humility settled in and I was now ready to accept God’s healing.  As we went down the sidewalk with snowbanks on either side, I contemplated the dark cloudless sky full of stars.  I was in awe that the universe could be so big and so beautiful, and God had created this.  In that silent walk I felt so engulfed by God.  My heart felt warm even though it was cold at 15 degrees and steam was coming from my breath.  As the dogs searched for a spot to potty on the snow, I continued to feel God in that beautiful sky, just letting myself drift into the vast space of the universe.  Peace settled into my heart and for that moment, as Margaret and Henry locked their eyes on me and I looked at them, I experienced a deep sense of love from them, and in return, I felt love for them too.  We stood looking at each other for what seemed to be minutes but were probably just a few seconds. No words were exchanged, just simply looks.  The cold air began to seep through my coat, and we had to make it back into the house.  It was an intense moment, a moment that I was able to bask in that morning but, interesting enough, I forgot the moment in its intensity once I got busy again with life’s routines and schedules.

As I went through March, I could remember the moment but could not reproduce its intensity like that morning in February.  I longed for that moment of love and peace, but I could not reproduce it.  It reminded me of Peter trying to build three tents for Jesus, Moses, and Elijah when Jesus underwent the transfiguration.  The moment was so intense, so full of love and peace, that he wanted to keep it for himself by building those three tents while they were up in the mountain, but Jesus did not want him to freeze-frame it.  As I thought of Peter, I came to realize that Jesus wanted me to understand that these experiences were eternal without a beginning or an end, and although I wanted to keep it for myself, my faculties would not allow me to remember the intensity of it.  I have come to believe that this moment was an infusion of love by God.

This excerpt is taken from Chapter 19 of my recently published book, Finding God Again and Again.  It highlights the style of prayer in Ignatian Spirituality as “placing oneself in the scene” as I pray in a passage of the bible and let the Word come to me with its message and healing.  Placing myself in the scene, I use all my senses as I meditate on the passage: what I see, hear, feel and maybe even taste, if necessary.  In this particular winter story, the prayer happened spontaneously at 5:15 in the morning as I had read this bible story before.  But at that moment, I was ready spiritually to let the Word “come to me.”  Sometimes I find myself trying to force prayer, even to the point of wanting my will to supersede God’s will.  It is only in humility and with patience that I can let God come into my heart.

Depending on the busyness of my day, I go from mental prayer (perhaps saying a few petitions or reciting some prayers) to meditative prayer (as above) to contemplative prayer, where I let God and the Holy Spirit take me where it wills, and as Jesus says, “The wind blows wherever it pleases. You hear its sound, but you cannot tell where it comes from or where it is going. So it is with everyone born of the Spirit.” (John 3:8)

Lately, I have been reading about Thomas Keating and Centering Prayer.  This style of prayer has a monastic Christian love mysticism where I let God into my heart while I turn off my mind.  You could say that this is another form of contemplative prayer, and the key part is learning how to turn off the mind.  Certainly, a challenge for me but I continue to work on this.