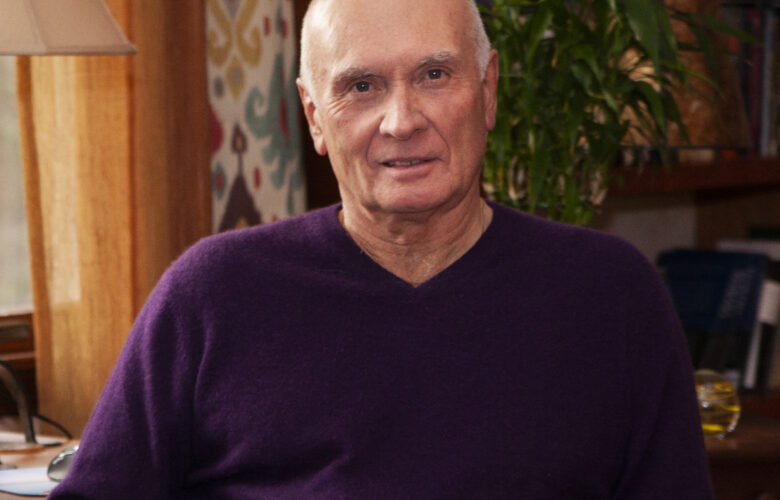 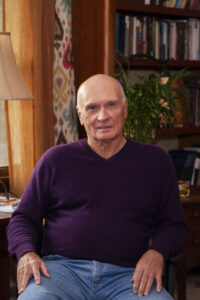 This excerpt is from Paul Dunion’s book Wisdom, Apprenticing to the Unknown and Befriending Fate. It is reprinted by permission.

The world is full of signs, and the wise will begin to see them. ~ Plotinus

It was a Monday morning, the day after I attended a Matthew Fox workshop.  Normally I would still be glowing having been in the presence of a man who devotes his life to the pursuit of the Sacred.. But as I left my office, heading toward the kitchen, I felt a tremor that I realized was an aftershock from the weekend. Fox has suggested we consider holding one single breath as sacred. In that moment, I did not know how to attribute sacredness to such a simple act. Yet the more I approached my kitchen, the more I wondered whether I truly wanted to hold such an act as sacred.  This singular troublesome thought limped into my mind, somewhat veiled.

I poured a glass of lemonade. The second sip made my esophagus spasm. I could not breathe.  I was home alone and immediately realized that I could not depend upon anyone to help me. I proceeded to bellow out a series of sounds, accompanied by a range of bodily gyrations. The clock was ticking. I became more frantic and swung open front door of our home   as if I intended to go somewhere. The moment I reached the front steps, my esophagus returned to normal, allowing the passage of air.

I sat there holding vigil, as if the steps had somehow restored life to my lungs. Of course, I sat profoundly grateful for a single breath.  As Plotinus predicted, there would be signs. Was my spasming esophagus a sign? Was this what I needed to go through to learn not to dismiss the banal as sacred?  Would I be able to hold the sacredness of a single breath the way I did in that moment? Was I learning the way of the fool who needs to return again and again to some lesson that eludes its own obviousness? Or had my institutional, religious upbringing debilitated my ability to long for contact with the Sacred?  Did I need to wrestle for air to allow myself to be touched by the Sacred?  At this point, it may be helpful to remind ourselves of some old meanings of the word sacred.

It is too easy to think that you have moved beyond using terms like “the Sacred.” Perhaps you have been disillusioned by clergy members who professed being above all things lecherous or perverse, only to be discover them acting out sexually in a number of devious ways. Or maybe you have grown weary of religion’s inability to offer authentic psychological scaffolding. Too much fire and brimstone scorches us emotionally. It may be that no matter how disappointed we have been with our religious experiences, our longing for the Sacred flows freely through our DNA.  Our first old definition of the word sacred begins to tell the story of an intimate connection: “to confirm or ordain what truly matters.” Such is the ongoing invitation to the apprentice who remains devoted to confirming what truly matters.

This lofty yet modest undertaking of confirming what truly matters exists in an unyielding paradox. In the words of Emerson: “To the poet, to the philosopher, to the saint, all things are friendly and sacred, all events, all days holy, all men divine.” Let us look at the notion of “confirming” from two different perspectives.  First, there is the process of confirming, which includes the exploration, inquiry, frustrations, dead ends, and abiding caring of continual seeking. Secondly, there is the confirmation, a conclusion that some value or principle holds the station of truly mattering. Emerson’s suggestion that everything is sacred points us to the first view of “confirming” as the quest itself for what truly matters.

John, a 52-year-old trainer and consultant, had been working with me for some time when he came across Emerson’s quote and was racking his brain over it.

“I think I’ve got it!” John exclaimed, with his right fist clenched and pumping upward to signal his accomplishment.

“Well, tell me what has gotten clear for you,” I responded.

“It’s a lot about that idea of psychological ecology that we spoke about a few weeks ago. I understand that all of my experiences, friends, foes, victories, and defeats can be viewed as raw material, helping me, guiding me in the direction of the Sacred,” John explained.

“Yes, I recall our discussion. But I’m wondering if anything happened that made Emerson’s quote more lucid for you.”

“Oh yeah. Do you remember that group I told you about that had a few members eager to scapegoat me?”

“Well, it was hurtful. One guy who wanted to apprentice with me influenced some folks in my training program. I refused to let him in.  He spread the word that I had it in for him.  The truth was that I kind of liked the guy but that he simply wasn’t ready for that level of training,” John explained.

“Sounds like some people believed this fellow,” I suggested.

“Yes, several people believed him, dropped out of the training, and actually attempted to persuade others not to join.”

“I remember how hurt you felt about being misrepresented. How has such a painful experience helped clarify Emerson?”

“I began to see how subtly I’ve invested in others being responsible for my worth. I received enough admiration and respect from people to distract myself from being clear about what I was doing about my self-worth. Once rumors and stories misrepresenting me began circulating, I felt defeated, hurt, angry and vindictive. I wanted justice! I finally came to see and accept that the situation was asking me to take much greater responsibility for my personal value.  I began to understand how even my foes were helping me to confirm what really matters,” John explained, with his cheeks and eyes softening and his tone carrying the assuredness of satisfaction. 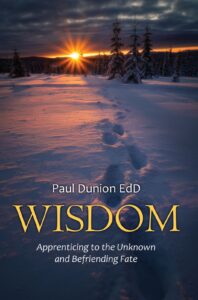 As John left the office, I was aware that his story had moved me closer to understanding confirming what truly matters as an act of devotion rather than the making any specific decision.  I also understood a bit more about Plotinus’s suggestion that the world “is full of signs” guiding our commitment to confirm what truly matters. Some examples of such signs include sudden loss, illness, defeat, victory, depression, anxiety, conflict, feeling loved, feeling forgotten, betrayal and a deep sense of belonging. We can think of these signs as the Sacred eagerly seeking our attention.

I recently received such a sign when the static of tinnitus in my right ear got louder — a significant irritant for someone highly introverted like me who takes solace in silence. As I shaved on the morning of my 71st birthday, I felt scorn and condemnation for my failing organ. Suddenly I made eye contact with myself in the mirror, only to realize how attached I was to generating static in the first place.

My days were filled with cognitive perseveration, excessive rumination, analysis, visioning and projecting, judging and wondering. I decided that my tinnitus was a sign asking me to be much more discerning about what to fill my head with and to hold faith that more will be revealed. I immediately felt relief, letting go of a measure of urgency to figure it all out.