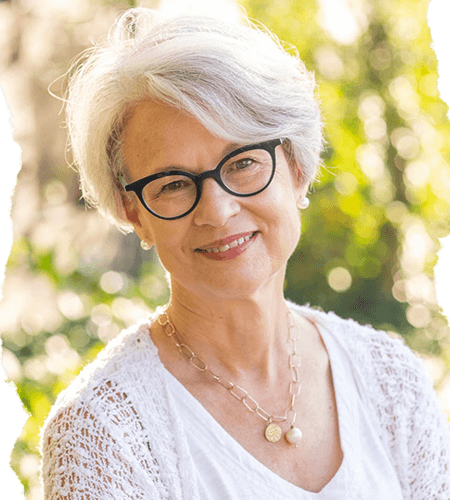 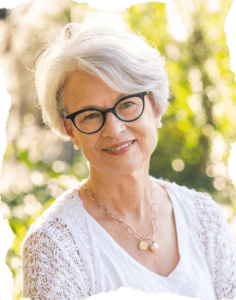 In my forthcoming novel, Messenger, Messenger, the main character, delivers life-changing messages to seemingly random people all over New York City. Each message is exactly what the person needs at that particular moment.

When I first imagined Messenger’s story I was struggling with an overwhelming problem. I walked the streets of New York, stared into strangers’ faces, wished somebody would give me a message, the answer I needed. Though this never actually happened, I hoped and prayed with all my heart it would.

Can strangers be messengers in real life? Yes!

As part of my podcast Messenger: A Novel in 16 Episodes, we asked listeners to send us their own real-life messages. Many stories involved strangers. Ellen, sick with worry over her baby daughter’s impending heart surgery, encountered a strange little boy on the playground who told her, “I have a hole in my heart, but I can do everything other kids do. Sometimes I get tired, but I can still play.” This message reassured Ellen that her own daughter could live a happy, normal life.

A stranger also gave Audrey a message when she was searching for a new place to live. When she wondered if a nearby apartment complex might be perfect and drove in to ask about vacancies, she found no one on duty and the doors locked tight. As she turned to go, a woman in a wheelchair asked if she could help. Audrey explained she was interested in living there. “Come in with me,” the woman said. “I’ll show you around and I know two people who’ll be glad to show you their apartments.” Audrey took her welcome as a sign, even though they had a six-to-eight-month waitlist. Only ten days later, the manager called with an unexpected vacancy. She’d found her new home.

Lucinda received a message from a stranger while walking through her new neighborhood. As she and this older gentleman struck up a conversation, he shared he was 81, the same age as her dad, who had just died. The man assured Lucinda that her neighborhood development company was the best and she should have no worries about her investment there. “It will work out fine,” he promised, setting her mind at ease. She found it very curious that he’d spoken some of the same words her dad had, in their last conversation. Lucinda believes the man was a messenger.

You may be thinking, that would never happen to me. But are you looking and listening? A sad development in our society is “stranger danger” that warns us to avoid strangers at all costs. Yet in many cultures and in all religious faiths, welcoming the stranger is a holy obligation. The saying painted above the door of Shakespeare and Company in Paris says it all: “Be not inhospitable to strangers lest they be angels in disguise.” Who knows? The stranger might even give you a message.

Granted, your message may come in a more subtle way than someone handing you a slip of paper with your message written on it, as Messenger does in my novel. Also, your message might come when you least expect it and sometimes from an unlikely source. Messenger wears multiple coats, carries large bags and looks homeless. For Ellen, who could have guessed the little boy would have just the message she needed most? Audrey had no idea the stranger in the wheelchair would invite her in. Lucinda had never noticed the man who gave her a message and has never seen him since. 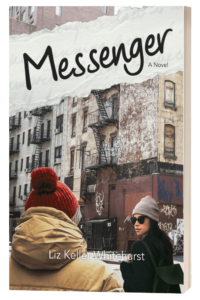 Once you do receive a message, pause and consider it. In Messenger, some people don’t or won’t receive their messages. This completely baffles Alana, a young journalist who seeks to tell Messenger’s story, and would give anything for her own message. One character, Anthony, rejects his message, even though it’s exactly what he needs to hear. Elaine considers herself a seeker, yet she’s so full of fear she won’t read her message. In another scene, an indignant mother rips a message out of her daughter’s hand, throws it onto the street, and yells at Messenger. And, sadly, one of Messenger’s messages elicits tragic results.

But most everyone who truly receives a message from Messenger is filled with gratitude and wonder and often wants to tell their story.

So, look. Listen. Start your day with expectation and wonder. Give it time. If you don’t receive your message right away, don’t worry. I bet when you least expect it, from the most unlikely source, your message will come.

Liz Keller Whitehurst’s novel, Messenger, will be published October 19. Visit lizkellerwhitehurst.com to preorder and listen to the podcast. Liz writes: “If you’ve already received a message and would like to share it, please visit my contact page and leave me a message. You’ll also find two bonus episodes of real-life messages from Ellen, Audrey, Lucinda, and others.”