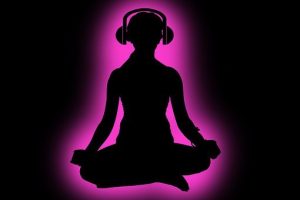 The Spiritual Significance of Music

Whether you are spiritual or simply religious – it’s hard to think of any ritual that goes unaccompanied by music.

When you listen to elevating music, it takes you to some other universe; a more spiritual one. There’s a reason why there are centuries of heritage of rich music with listening, singing, and dancing rituals; all of which almost guarantee pretty powerful experiences.

Chanting is one example, (particularly when done in a group) that can be supercharging and powerful. Some people even have flashbacks from their past lives.

Such flashbacks are often enlightening as it answers a lot of their questions as to why they are suffering now. Such knowledge with an awakened state of mind can help to clear their karmic account with better understanding, empathy, and acceptance.

In Hinduism, different music frequencies correspond to different chakras in the body. Listening to them for long enough could help to awaken the kundalini and clear energy blockage. Sometimes that’s all you need to awaken spiritually and become one with the universe.

Some of the centuries-old music is highly moving which when chanted and sung on the repeat becomes sacred.

Spirituality is something that you work with your heart and not your mind. And, there’s nothing quite like music to strike a chord in your heart. It opens you up and makes you more receptive to the subtle.

Why Music and Sound are So Important?

There’s a saying in Germany which goes like – “When there’s singing going on, you should join the throng. The evil man does not think of songs.”

A growing number of research is trying to prove the healing power of music lessons which could mean great implications for myriad diseases. It could be used as an intervention tool for stopping the advancement of diseases like dementia and become an integral part of physical and mental healing.

Already science is telling us that music and sound have been paramount in the evolution and development of humanity as a race.

Music has the power to make us happy, elevated, and even sad. It can transport us to old memories and even heal us from within. Music can energize and soothe us. There are times when you sing or dance with your soul, it nourishes you. 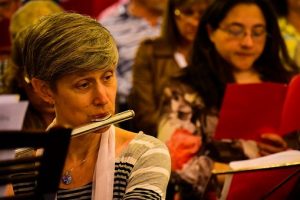 A Christian university undertook a study involving 251 psychology students. The goal was to assess the nature of the relationship that music shared with emotional responses and spirituality.

As per the first hypothesis – results showed that the emotional response to a more sacred selection did have a significant and positive correlation with a high spirituality score. As per the second one, students did experience an intensifying of emotions and the overall intensity scored was higher for secular music.

Spirituality is about attaining your highest self; your highest potential. In other words, it’s about consistent personal growth which stems from the understanding of the Self. But, that understanding only comes with a heightened sense of self-awareness. This is what the Dharma has to stay. Music puts you on that pedestal from where you can fuel that awareness.

By listening to certain types of spiritually elating music, people cultivate a deeper understanding of who they are, where they came from, where they would like to go and how they can design their own destiny while also freeing themselves from their karmic debt.

Spirituality eventually leads to the conclusion that you are not separate from everything else. That you are one with the creation. You are one with nature, with humanity, and the entire university. This kind of awareness comes more easily to empaths. So, whether or not you’re naturally more empathetic, it’s good to listen to music to develop this particular aspect of yourself.

An empathic being can better relate to others; see things from their viewpoint and approach life in a more kind and helpful way.

You become more compassionate and relationship-centered. Music makes you more introspective about how you treat others.

It Puts you Into Oneness with the Universe

For thousands of years, music has been a special part of spiritual ceremonies across the globe be it in the form of drumming, chanting, acapella singing, etc. – just to name a few.

There’s a transcendental property to it that connects you to the divine power. It can significantly elevate the quality of life and improve your overall spirituality quotient.

There’s nothing quite like singing or playing an instrument to honor the divine and become one with existence.

It can open you up and make you more receptive to the spiritual connection.

Music is a kind of force that can eventually help everything as it sets your intentions in the welfare of the entire planet. You can create a more healing environment.

Music and Spirituality are deeply connected. That’s why it would be an understatement to say that the former is the latter’s language. If you’re on a spiritual journey, try to incorporate music more into your life.