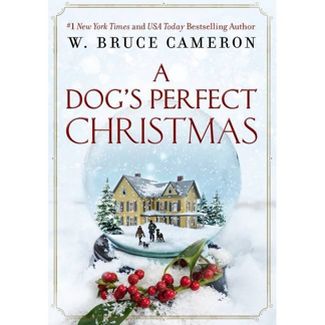 What is a A Dog’s Perfect Christmas about and why did you write it?

It’s about a family struggling with normal problems—twin boys who came along late and took a mother out of her career, a daughter in the heaving seas of eighth grade, a father about to lose his job, and a widower grandfather who can’t see any reason to live any longer.  Then Mom is taken out of the picture by an unexpected illness, Christmas (which Mom always took care of flawlessly) looms, and a new puppy shows up.  It’s a hopeful novel about how the unexpected arrival of a new dog can change everything, if people are only open to the idea.

I wrote this novel because of all the attention I received for one of the essays in A Dad’s Purpose.  “Last Dance at the Bus Bar” talks about the most essential truth of life, which is that it’s all over in a blink, but if you slow down and take notice, you’ll have a much fuller existence.

In A Dog’s Perfect Christmas, the Goss family suddenly faces a life-or-death crisis. How do you think dogs can help us get through tough times in our life?

We think dogs are oblivious to everything except maybe chicken treats, but in truth they are tuned into us, sensing our moods at every turn.  And, because they believe the purpose of life is joy, they seek to counterbalance any crisis we might be suffering with a joyful influence.  Having a bad day?  Hug a dog.

I’ve written before about angel dogs.  Dogs sent from Heaven, to help people who really need them on Earth.  I do believe that every dog has a little bit of Angel inside them.

How did you get interested in dogs and what sort of impact has your relationship with dogs had on you?

My family adopted a dog when I was eight years old.  My heart and that puppy’s heart were at the same stage of development, full of wonder and fun.  I grew up knowing I always had a dog watching out for me.  I’m a stronger and more confident person because of all that canine love.

Do you think dogs have their own personality and can experience emotions? What sort of personal examples or research can you provide?

Dogs start with the same optimistic outlook, but then they develop their own personalities from there.  My first dog was obsessed with hunting for small fish and would spend every day of the summer lunging for them, never once, not ever, being discouraged at what was a 100% unsuccessful track record.  My dog Tucker never wants to take a walk, not after a big dinner, not after drinking a lot of water, not after being cooped up inside all day.  Every dog I have met has been full of love, but they’ve always expressed it in their own ways.

Do you think there is an afterlife for dogs, such as Heaven or reincarnation. If so, what do you think that afterlife is like for pets and how would we experience those pets in the afterlife?

If dogs aren’t allowed I’m not sure it could be called “Heaven.”  And while I don’t have a bedrock faith in reincarnation, I’m certainly open to the idea, especially if I come back as a rock star.  I’ve certainly had many, many people tell me that they absolutely believe the premise of A Dog’s Purpose—that dogs can reincarnate and find their way back to us if they really need us.

I do believe in Heaven, and I think one of the reasons dogs are here is to give us a sense for what it must be like.

If you believe dogs reincarnate, can you talk about a little bit about that? Do you think dogs ever reincarnate to have the same owner again after they pass away?

The only evidence I have to offer is the sincere testimony from people who believe their pets have come back to them.  I believe that they believe, and that gives me great hope that I’ll meet some of my past dogs again, someday.

Can you talk a little bit about your journey as a writer and any advice you have for aspiring writers?

My journey was one of complete failure from the time I sat down to write my first “novel” in fourth grade, though nine novels written as an adult that were not and will never be published, to, finally, a successful humor book, 8 Simple Rules for Dating my Teenage Daughter.  That was my first published book and it became a TV show, so I moved out to Hollywood.  There I met Cathryn Michon, who was very successful in too many disciplines to name—actor, singer, comedian, screenwriter, producer… Cathryn showed me the ropes and was instrumental in A Dog’s Purpose becoming the hugely successful movie it was, and she’s been my writing partner on A Dog’s Journey and A Dog’s Way Home, two more great films. 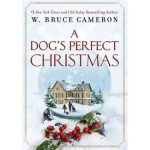 Advice?  Don’t bet it all on a single number on the roulette wheel.  Got the greatest novel ever written, the best screenplay in the world?  Good.  Write another one.  And then another.  That’s what successful artists do, they keep trying, keep learning, keep perfecting.

Something else I learned, a very hard lesson, was that my talents are not mine.  I was born with the ability to both make up stories and to articulate them in an entertaining fashion.  I did nothing to deserve such gifts except enjoy them.  I have hours and hours of practice, most of those hours as a failure, but the native talent was the foundation and was given to me by powers much greater than my own.