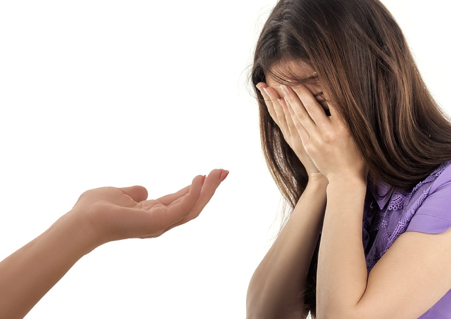 Something was done to you, your family or friends. The experience is so serious that the pain associated with it does not seem to end. Do you hope that the culprit will be punished and wish him a dark future? You cannot forgive him for the deed, then you suffer too much for it? But is this attitude beneficial for you and your mental health?

“Forgive me!” Is a sentence that many people find difficult to say. The person forgives you and you experience grace? Okay, then you’ll feel better. But what does it actually mean to forgive? And isn’t an excuse basically the same? Doesn’t there have to be an apology first so that it can be given? Everyone can apologize if they wish. You want to get rid of the accusation of guilt. However, those who apologize must wait if the request will be accept. This means that the apology will not take effect until it is accepted. For this reason, the formulations are usually designed in such a way that they also require an answer. “I’m sorry. Do you accept my apology?” would be a possible variant.

Forgiveness is possible without an excuse

However, forgiveness does not depend on the offender who asks for relief. Forgiveness is a mental inner process that is decided by the person concerned. Forgiving someone does not have to be said. This way you can forgive someone without the perpetrator even knowing. The forgiveness is essentially a decision by the victim to whom the damage has been done. In general, forgiveness seems to symbolize greater acceptance of debt relief. Because forgiveness is preceded by the fact that the person concerned has worked intensively with this intention. And this form of forgiveness can also be done without prior excuse. However, excuses are also accepted to ensure peace. This is particularly the case with family matters. Apologies are accepted, although you don’t really want to accept this decision. In this case, family problems have a higher priority. Even in relationships, apologies are sometimes accepted half-heartedly. Maintaining the partnership is then more important.

Unforgivability and the mental consequences

Many people believe that it is right not to forgive. In a sense, it’s also a form of vigilante justice. But many don’t know what it means to hold on to anger, resentment and hatred. You will never be able to get rid of it if you cannot forgive. Even years after the event, you still carry these negative vibrations with you. Some people harden mentally. You lose vitality and lightness. If you don’t forgive, you end up hurting yourself.

Extreme cases of revenge and forgiveness

In extreme cases, it is not enough to decide never to forgive the culprit. The emotional injury and pain is so great that feelings of revenge arise. And in some cases the revenge is actually implemented. Apparently one believes that with this act one experiences a relief of the pain.

The Bachmeier case is an example of this. In 1981 Marianne Bachmeier shoots the alleged murderer of her seven-year-old daughter Anna in the courtroom. The case went down in history as a prime example of vigilante justice. We can now ask ourselves whether Ms. Bachmeier has become happy. Did the pain of losing her daughter disappear after she shot the perpetrator? We’ll leave the answer open. The fact is that Marianne Bachmeier died of cancer in 1996.

The opposite example is Dianne B. Collard, whose son was shot in 1992. The American woman renounced revenge and forgave the murderer. In an interview, she announced that forgiveness is an inner healing for her. She got rid of the bitterness and could finally mourn her son. She explained that forgiveness is not a feeling for her, but a decision of the will. She deliberately chose to suppress resentment and bitterness. She has probably found that this approach is helpful for her future quality of life. Faith helped her choose forgiveness and revenge.

Both examples are very interesting and probably anyone with children can understand the strength of such decisions.

Forgiveness does not erase the deed

Many people believe that forgiveness is viewed as reversed or relativized. But that’s not what forgiveness is about. It is not possible to deny something that has taken place. Forgiveness means that you agree to remove your resentment, hatred, or anger. This can sometimes lead to misunderstandings when a former friend is forgiven. He believes that with this forgiveness the friendly level is active again. However, this is not always the case and sometimes not possible. If a breach of trust triggers a forgiven argument, a new friendship can be difficult.

Forgiveness does not automatically create trust. And the question arises whether this is still desirable. Because those who have had such experiences can banish the perpetrator from their own lives. Because the fear that such a scenario will repeat itself is predominant.

Dianne B. Collard also forgave the perpetrator, but will probably never be able to make friends with him. The severity of the emotional injury is too great to be overcome. Dianne B. Collard also believes that the punishment the perpetrator has to serve in prison is correct. Because the act of forgiveness is a mental process and does not mean that the act is declared null and void.

Forgiving other people can be a mental process that is not necessarily easy. But forgiving yourself is the master class in forgiveness. Remorse and guilt that gnaw at you prevent you from forgiving yourself. You are disappointed in yourself, so you punish yourself with it. This phenomenon occurs particularly often when a loved one has died. Immediately you ask yourself what you could have done differently to avoid the death. Even if your reasoning seems so absurd, you take on a form of guilt. It seems mentally better to endure declaring a guilty person than accepting an inevitable fate. If no one else is found, you look for the blame on yourself. It is extremely important to forgive yourself. You admit that you are a person who makes mistakes.

Persistent guilt doesn’t change the situation. For you, this means that you carry a constant burden around me. At the same time, you always face this negative vibration of your own guilt. Compassion for yourself is then practically eliminated. At such a stage, you should make sure that the condition does not degenerate into self-loathing. However, if you regret what happened and plan to do something different in the future, you are free internally. This sets you in motion bitterness, inner hardness and a self-directed attitude.

The author El Maya is a spiritual medium, clairvoyant and karma expert. She has published few books about soul, life plan, karma and life after death. This guide literature contains strategies to reduce your karma and find the soul center.