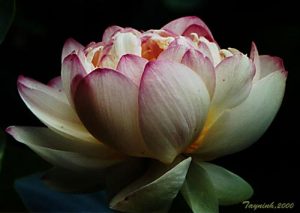 Note: The following piece written by Rob Schwartz, PLSRt, BLSRt  was reprinted with permission  and originally published on https://yoursoulsplan.com/index.php/about-robert/coronavirus-channeling:

Recently, I had a channeling done for me personally about the coronavirus. Since so many of you have asked me what I know about the virus, I’ve decided to make the channeling available to all. You may read it below. The channeling has not been edited, so please excuse incorrect punctuation and excess verbiage. The channeled consciousness is a collective of ascended masters. Kathy, the person who channeled this, is available to do private channelings and can be reached at kathleenl_22@hotmail.com

Be well and stay safe.

It is obvious in these last years that the shift in consciousness is upon the earth in a very big way. The rise within energies of light has brought about the scattering of those things that have been hidden within the darkness; the attempts at hiding the truth has been paramount within the lives of those who want to hold the status quo. The screaming untruths have been what one could call the protesting of this light that has entered every area of society, of religion, politics; calling forth equality within gender, race, sexuality and much much more. The shift within humanity from fear to love is what you are viewing and what you are also viewing are those things that humanity as a whole do NOT want thus leading them towards what it is they do want. A tipping point as destined was reached in November of 2019 and in accordance with the frequencies ‘scheduled’ to hit the earth the year, 2020 appeared. This was to be/is the time within time when the shift in consciousness from fear to love will be actualized as the vibration/frequency/energy is far far more powerful than the fear you are viewing. There are two things at work here as these two messages to mankind are what have held them in a position to maintain that fear within them cellularly as to say humanity has been of a specific fearful vibration that is collectively being pulled from their very cells. Firstly that great fear of death and secondly that universal fear of survival. Enter the coronavirus as it mirrors that anxiety of holding a fear of dying. It continues to talk of impending death even though the numbers do not reflect it, the message is clearly one of the greatest fears within the cells of mankind………….death.

Secondly the virus is causing a worldwide panic in terms of a falling stock market that to many represent the death/elimination of their survival symbols; their jobs, their bank accounts, their 401Ks as it is causing a flush of fear within the word ‘MONEY’. In real terms it is a fear of the future. How will I survive without the guarantees of safety and security and the world is saying that there are no guarantees. How scary. And that’s the point to feel the scary, the fear as it is rising within the body and being released/transmuted into the calm and peace and expanse within the heart that love brings. The fear that is resonating with the human form and cells as is being brought forth collectively through the presentation of this virus is for its movement OUT of the body as the higher vibrations/frequencies of love begin to enter for it has already entered the earth and as such that created the timing for the bodies of mankind to correspond to the earth that they walk upon. Every human who entered the earth held within their body that same vibration that the earth herself held as the body is an extension of the earth. The body is simply what is animated by the soul/creator source energy. When the earth began this movement into 5D, what stood upon her (humanity) began to feel this push for the higher frequency of love and light but the fear fought heavily to maintain its position and now the fear cannot maintain as it is being reflected by this “Deadly Pandemic” that is changing everyone’s way of life and that is the point of it…………..to change humanity. Simply put 3D is fear and 5D is love. Love or the light has already come alive on the surface of the earth which includes her inhabitants that live upon her as it is their time to choose their destinies. Do they fight to maintain that fear that tells them things must not change or do they allow that love to come alive and forth into their lives. This is where free will is exercised. This vibration will not be stopped which tells you that love has arrived and it will fully support you if you surrender to it. We can see that far more than the majority do at this time as well we can tell you that a year from now the world will not be as before. Many will ‘come around’ after a very dark night of the soul experience just as many have as they then began assisting others. Many will fight to maintain a history that is just gone, no more to be relived and many others will not accept this new way of life and will succumb to the fear only to be rushed with love as they pass away and gain understanding. Some will return, others will assist from above so to speak.

Those as yourself, one called a lightworker have prepared for this moment all your life. This IS the time you came for; to stand in your light knowing that this fearful moment on earth is not yours. You are the observer of the situation as you perch yourself within the 5D position that has called you for so long. Oh you will bounce between worlds/dimensions as the fear is very strong and can be viewed and read of daily/hourly. But as you observe remember you came to anchor this light that is causing so much chaos as that is how this old world is breaking down but through the efforts and dedication to your own plan and destiny. Your research, observations and many acquaintances have brought you many remembrances of who you truly are but in this time you will feel the peace, the calm, the beauty and love within real emotion of who it is you are. You are a human being that is animated by the love of god/creative source as you ARE the animator and to know that is your graduation, your homecoming, your greatest of all design and desires, your dream come true to be alive and well, in peace and compassion at the greatest moment earth has ever known; to assist others to their memories at this time of consciousness shift, that shift from fear to love is beyond words as there are no 3D wording or explanations to be found.

This virus in purpose is to assist humanity to bring forth from within their bodies the fear that has lived there since the beginning of their time upon this land in all the forms that they have entered. To live without fear is to LIVE and that is what is taking place. There are those as yourself who will transmute the last vestiges of fear as you are of the awakened ones, there are those who will surrender and in a twinkling enter the state of compassion remembering ‘from somewhere’ that love wins out over fear. There are those that will come kicking and screaming to their declaration that they will accept love for fear is just too painful to maintain and many other scenarios will take place within the minds and bodies of the precious earthlings who are making this shift. Others will take their bodies of fear ‘off land’ and pass away. All is perfection and in 5D that is known.

Now the virus itself had an origin somewhere ‘other’ than what has been told. It’s original purpose was to bring about a vector that could be managed and maintained and utilized to control humanity. It was a very ‘high level’ plan as there were those with such power and wealth that had within this last decade seen the writing on the wall as to the awakening that was taking place and determined that this must end so their reasoning was to concoct this virus in a lab and hold it until such time as/that they could begin the manipulation and maintenance of their power for those that have ‘ruled the earth’ so to speak with their positions of power and wealth, these families that are known by name could not accept the demise of all that which they have ever known in terms of their god like system of belief in themselves. So as this virus was created to be held as a chip that they could bargain with, something happened and it became unleashed by someone of a scientific mind with no association nor affiliation with those who paid for this ‘project’, in fact for the most part he didn’t even know of its purpose simply working in tandem with other scientist getting paid handsomely. He projected it onto a piece of paper and took that paper out of the lab only to toss it and have someone, one other person touch it. Now he himself walked freely of symptoms as did the one who touched the paper and relayed it onto those who in plan began this spread. To even think this was a mistake is to maintain the mentality of ‘accidents happen’ but of course its purpose was as described to you, to begin a journey of the grand shift in consciousness that fear accelerates. So this story although seemingly fantastic is merely the manner in/of which the world began her movement into love and only in time will further facts come forth but it is not a dramatic experience rather it was one that could be called a mistake when in reality it was that one scientist who with an open heart began the process of this time in time when mankind enters into a new reality.

Now we would like to say one more thing to you and that is this: you are cherished by those of us and there are many who have loved you, guided you and observed your struggles and achievements with what you could envision as such great pride for never did you lose direction nor devotion to your most beautiful plan. Even in your darkest moment in this lifetime to date you held on, held steady and overcame those forces of fear that you carried within you. It really truly is time to celebrate even as you look outward and see this gripping fear all around for that is the signal that the time is here to elevate your memories into the knowing that all is perfection, there is no need to even feel that chill of death as that is washing from you. In fact you have lived death most of your life in fear of it. It is your time to begin to live in the rhapsody of your own music, your heart beating in the symphony of your life’s motions. It is your time to stand firmly in the love you are of and KNOW your life’s purpose, your life’s dream is upon you.