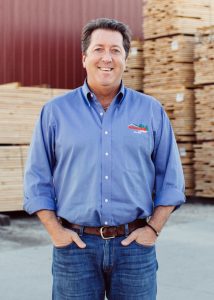 For centuries, large organizations have amassed power in order to engineer change. Since the time of the Egyptian pharaohs and Roman emperors, achieving scale has been a primary path toward influence.

But when you look around the world today, you can see that the traditional big institutions are struggling and stumbling. According to the Pew Research Center, in December of 1958, 73 percent of Americans believed they could trust their government in Washington, all or most of the time. In March of 2019, fewer than 17 percent of Americans agreed with that statement. Meanwhile, church attendance in the United States has fallen from 71 percent to 50 percent in the last twenty-five years.

Correspondingly, it seems increasingly difficult for large organizations to act swiftly, collaboratively, or effectively. In the twenty-first century, bureaucratic scale has become the enemy of excellence, not the enabler of it. Why?

The answer is that across the globe, individuals are awakening to their innate power to chart their own course, guide their own path, and know their own truth. In astrological terms, it’s the dawning of the Aquarian Age. The Internet is the technological symbol of this new age and budding transformation. Information and its flow were once guarded and controlled by bureaucracies before being administered in calculated doses to the community at large. But as we move forward, information and connectivity are becoming increasingly difficult to bottle up and contain. Take Hong Kong, for example, where protesters are organizing organically, online, in a way that is exceptionally difficult for even a sophisticated country like China to control. Just think about how the Internet works and governs itself. Suddenly anyone can speak to anyone, and all the world’s knowledge is just a click away. That’s not technology, disconnected from society; that’s society, creating technology for its time.

The age of localism is upon us, and it represents the dawning of a massive power shift for both individuals and large organizations. “Be the change that you wish to see in the world,” Gandhi foretold. The sacred power that dwells within us all is the new pathway to global and social transformation. In this new era I must first learn to look inward and recognize my own power. Next, I must stay focused on my own potential for heightened self-awareness and growth. Then I can channel my advancing capabilities for the greater good of humanity, which in turn empowers others to do the same. When millions of people stop buying water in plastic containers, corporations that sell water are forced to change. When billions of humans alter their energy-use choices and consumption patterns, global environmental health is transformed. When everyone begins to see our common humanity, barriers break down. Change, in the new age, is an inside job.

So what does this mean for big organizations? Is it the end of them?

The answer is no. Humans will always benefit from banding together to create value and solve problems. But institutions will need to alter the ways they engage with the world. Take corporations, for example, where employees have historically existed to serve the company. This self-centered model is in decline. It will be replaced by a new corporate relationship in which the company understands that its real purpose is to be valuable and meaningful to the people who work there. I call this reoriented corporation an “employee-centric company.” When this paradigm shift occurs, the company as a viable agent of social change comes alive. Corporate performance suddenly improves, but it is now an outcome of a higher calling. Big organizations must find ways to become small again. In the age that is dawning, power will need to be shared and dispersed. Localized decision-making, rule-setting, and self-organizing will be the new pathways toward excellence. The bureaucratic center will learn to shrink its presence, not expand it.

And what about massive companies like Amazon, Apple, Google, and Walmart? They are currently thriving because they each pioneered the energy of the new age into an offering of fresh value. They each transferred power from bureaucracies to individuals. Amazon and Walmart gave consumers time savings and buying power previously controlled by the manufacturer and their traditional distribution alliances. Apple and Google democratized information flow and human connectivity. What each company does with its early advantage will ultimately depend upon whether they can stay focused on creating additional value for individuals at mass scale.

There is a growing need for a fresh set of global organizations that serve individuals and their collective common good. The largest problems facing humanity today are local and global, yet there are no global organizations working effectively at the local levels of society. Nation-states, political parties, and exclusive tribes are already kind of in the way of progress because they are dependent upon retaining an identity tied to a particular subgroup of humans and an isolated territory. The truth of the new age is that there is one human tribe sharing a single piece of turf. 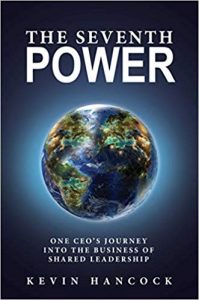 So, ironically, human society is simultaneously becoming more localized and more globalized. As a result, the organizations that serve humans must adapt and learn to function in a way that disperses power and transcends traditional divides. This will require each of us to look closely at the organizations we choose to belong to, and to be open to reengaging in new, fresh ways.

Kevin Hancock is the author of The Seventh Power: One CEO’s Journey into the Business of Shared Leadership. The CEO of Hancock Lumber Company, one of the oldest and best known family businesses in America, he is a recipient of the Ed Muskie Access to Justice award, the Habitat for Humanity Spirit of Humanity award, the Boy Scouts of America Distinguished Citizen award, and the Timber Processing Magazine Person of the Year award. Kevin’s first book, Not for Sale: Finding Center in the Land of Crazy Horse, was the recipient of The National Indie Excellence Award and the Independent Author Network Book of the Year Award.