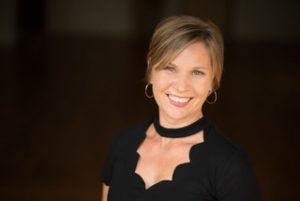 All I wanted when I first started studying yoga and spirituality in 2002 was relief.

This was four months after the birth of my second child, who had been colicky for the first three. I had recently made the choice to not “go back to work.” And, I had just been diagnosed with depression.

I might not have even known I had depression had it not been for a telling trip to the bookstore where, after browsing for almost an hour, I walked out empty-handed. The inability to find a single book that interested me was such a shocking experience, I brought myself to the doctor, where I received the news.

Yoga, I decided, would get me out of the house, which had to be good for depression. Plus, I’d get some exercise, and maybe meet some new people.

It only took me a few weeks to get completely hooked on yoga. I went from a drop-in student to a committed student to a teacher myself in about a year’s time.

Soon, the goal was no longer to get out of the house and meet some friends. The goal was enlightenment and bliss.

I wanted that look of bliss on my own face that I’d seen on so many others’ faces in magazines and in person. I wanted inner joy to be my default state. I never, ever, wanted to have to face depression again.

The way I learned and read about enlightenment (oh yes, interesting books were suddenly in plentiful supply!) it offered not only relief of my symptoms of depression, it offered relief from all the pain of human life. If only I were enlightened, I believed, I could skim the surface of this life—touching it, but not diving deeply into it. The deep dive was where the pain lived.

The way we approach yoga and spirituality in the West, as Westerners, and with our busy Western minds is not so much different, really, than the way we approach and pursue any other goal. So, underneath my perfected poses and sustained meditation practices, the depression lay, unaddressed, until finally, a crisis erupted that ended with a visit to the emergency room.

Like the title of Jon Kabit-Zinn’s book, Wherever You Go, There You Are, I found out the hard way that I had not “beaten” my depression. I had only delayed the inevitable confrontation. Finally, I understood that until I embraced all of my humanity—including my depression—I would not feel satisfaction, let alone bliss, on any level of my being.

For me, the pursuit of enlightenment was an addiction—not all that different from alcohol, or television, or shopping. And it was an escape in the same way, too. But the silver lining was that yoga had given me many of the tools I needed to now put to work—such as discernment and self-love.

I sought out help from qualified professionals. I engaged in deep conversations with trusted friends and family about my emotions—not the ones I wanted to have, but the ones I did have.

I let go of the idea of bliss in any kind of permanent sense. Rather, I was ready to open myself up to all my emotions and human experiences, especially the ones I’d denied the most vigilantly. It was no longer time to try to get up and out of my body and my life, but to get back in it, to a place that was healthy, whole, truthful, and real. This is what embodiment means to me.

Maybe this sounds like I gave up, or quit my spiritual journey. Sometimes, that’s what my ego tells me. After all, I am not enlightened.

But I am embodied. And I am present. And that’s spiritual, too.

Nor do I live in a constant state of bliss. But from this embodiment process, I have broken the surface and dove deeply into my life. Yes, pain lives here, just as I suspected. So does anger, sadness, loss, fear, and disappointment. I feel all kinds of challenging emotions, in fact, and am in regular conversation with them. Today, depression is a kind of life companion that needs attention from time to time. It is no longer the adversary it once was.

Maybe that’s because there is another emotion that I have found deep in the depths of human experience that I never discovered in the upper reaches of the etheric realm. That emotion is not just the relief I once hoped for. That emotion is joy.