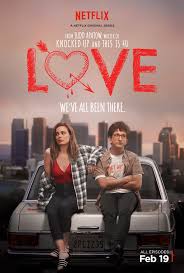 There is a series on Netflix now called Love, that is a Judd Apatow romantic comedy about a socially awkward man in his 30s trying to date a smart, successful, and beautiful woman in her 30s. She also happens to be a recovering sex and alcohol addict. I’ll admit that some parts of this show are a bit offensive, crude, raunchy and do show explicit sexual and drug activity. So, I am not sure I would recommend this show to everyone. However, beneath the sex jokes and drug activity is a true love story about two incredibly flawed but decent human beings trying to stay open to the possibility of a loving and have a healthy relationship…even though one is a recovering sex and drug addict and her boyfriend has problems with codependency.

One of the reasons I like this show is that is highlights what codependency looks like in a romantic relationship. Essentially, codependency is when you are putting the needs of someone else above your own needs to the point where it is harming you physically, emotionally, or psychologically. One scene in Love that depicts this perfectly is when the woman, who is recently sober, is about to take some hallucinogenic mushrooms. Right as she is putting the mushrooms up to her mouth, her boyfriend grabs all of them from her and ingests them himself to prevent her from taking them. This is an extreme example of codependency because he is putting his girlfriend’s need to stay sober above his own need to stay sober and healthy by ingesting the drugs himself (and getting high) so she will not take the drugs. Throughout the show, we watch the struggle that ensues between the two of them as he tries to rescue her at his own expense, and how that causes strain, distance, and resentment between the two of them. If this sounds like a familiar pattern for you and you think you could benefit from relationship counseling, please visit https://www.regain.us for more information.

This show and above scene highlights just how complex and damaging codependent relationships can be. On the surface it may appear that one partner may be always trying to do something nice or helpful for the other partner. This has traditionally appeared in relationships with addicts where one partner who is sober will enable the other partner who is an addict by providing them money to support their drug addiction or a place to stay when they are using drugs or hung over. However, codependent relationships don’t have to involve a partner with a drug addiction.

Codependent relationships can occur in any relationship when one partner is constantly sacrificing their wants and needs to support some sort of unhealthy behavior in another partner and that is causing harm to the partner who is sacrificing their needs. This can begin with seemingly ‘nice’ gestures such as constantly staying up later than you want to watch TV or talk to your partner, only to wake up the next day feeling extra tired and not getting a good night’s sleep. Another example may be when a partner stops engaging in their own interests, self-care activities, career opportunities, or hanging out with their other friends, in order to spend excessive time with their romantic partner who demands unreasonable amounts of time from their partner. Thus, any time we are constantly and consistently giving more of ourself than we have to give for another person, we may be engaging in codependent behavior. 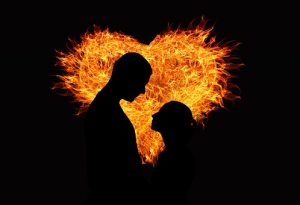 This can have potentially harmful physical, emotional, and psychological impacts on the person who is engaging in codependent behavior. What started out as ‘being nice’ can actually lead to increased resentment and a person neglecting their own needs, or not being willing to take a look at their own problems. This often may start off as denying smaller needs such as sleeping less, avoiding time doing activities that are enjoyable, or spending less time with friends and family for the sake of the romantic relationship. However, over time this can build up into more extreme codependent behaviors that have much greater harmful effects such as lending more money to a partner than you can not afford, giving up your own career ambitions for your partner, having clinical depression and anxiety because of the strain of the relationship, and also losing your sense of self or identity.

3. Know that you are worthy and deserve to be loved and accepted for exactly who you are without having to change yourself for your partner or for the sake of the relationship.