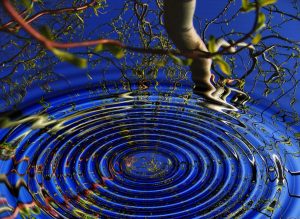 Like always attracts like, better known as the law of attraction, alludes that whatever you confess, you attract. If you focus on the negatives, you will always attract negatives. If you confess positivity, your life is filled with positive vibes only.

But is it really true that if your vision is to own a home and you believe that with every piece of you, you will get it? Or is it true that if you curse your kid he will become exactly the kind of person you cursed him to be? The answers to these questions are debatable depending on where you stand. Those who believe in the existence of the law of attraction would say yes, those who are opposed to it would say no. However, whether you believe in the law of attraction or not, it is important to only incubate positive vibes in your mind. If you are having too many negative thoughts, visit a life coach and ask him/her for help.

To help you pick the sense from the nonsense, we have prepared a list of 5 arguments, 2 in support and 3 in opposition to the existence and significance of the law of attraction.

2 Proves that the Law of Attraction Exists

In simple terms, mirror neurons refer to the neuron that is evident both when an animal performs a specific action and when the animal observes another animal replicate the exact same act. That is to say that the neuron “mirrors” the behavior of one animal in a different animal.

To understand this concept better, think of what happens to your mood when you hang around positive and happy people. Don’t you become as happy as them? And what happens when you observe people who are fearful and anxious? I bet you too start feeling the fear even as much as you try to be calm.

If any of the two cases have ever happened to you, it then means that positive or negative vibes can indeed be induced in you by merely observing other people.

Multiple studies on mice show that adult mice genetically pass messages to their offspring. If, for example, a grandma mouse was poisoned through a certain fruit but survived, she will always get alarmed when she scents the smell of that fruit. And even without getting poisoned or even seeing the fruit themselves, every mouse in the family keeps away from that particular fruit forever. That means that the offspring fears the fruit through observing their granny.

Closer home, there are some limiting beliefs that define you as a human being, yet you don’t know how they became so much entrenched into you. Maybe your dad was a racist because, well, he suffered in the hands of people from another race. If you don’t work towards overcoming racism, you may end up being racist just like your papa.

3 Reasons Why the Law of Attraction May Not Be True

If the LOA was true, then people would be achieving their goals without having to work towards them. We would just be incubating ideas in our minds and then because the universe has a way of giving us that which we incubate within us, it would automatically come to us. But if you have to sweat and hustle for something, then that cannot be translated to mean that attracted it.

After setting a goal, why is it that people face unimaginable challenges before achieving their goals? Why is it that without setting limits and working towards meeting them, no significant success is achieved? Wouldn’t it be obvious that whatever you envision manifests itself to you without dragging you through challenges and pain? If the LOA indeed exists, why do people fail to accomplish their goals within their envisioned timelines?

Let’s face it: If people had the ability to attract positives and repel negatives, then no one would ever get sick. Or is there any human beings who craves for cancer or diabetes? Who would want to die in a fire or be killed by a terrorist? Who would entertain the thought of losing their home and other material possessions to fraud or natural disaster? If we had the power to attract and repel, everyone would be depressed or frustrated with life today.