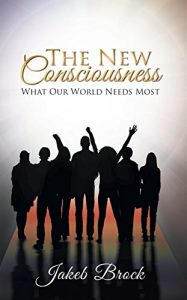 Jesus once said, “A tree is recognized by its fruit.” (Matthew 12:33). What this means is that for human beings, despite occasional efforts at concealment, our inward state of consciousness produces an outward demonstration that does not lie. Applying this principle to the present condition of our world, we can then deduce that the collective consciousness of man has up until this time been anything but enlightened.

Though there are as many varying states of consciousness as there are individuals, as a collective unit mankind has throughout this age demonstrated one state most dominantly. This consistent spiritual indicator has produced a world of strife and suffering. The Bible alludes to this in the story of the Garden of Eden, wherein Adam makes the choice to eat from the tree of the knowledge of good and evil. This tree symbolizes an intellectually-based dualistic state of consciousness, in which every perceived slice of reality is countered and balanced by its opposite. Thus man has become obsessed with his own mental activity and judgement and divided in his inner constitution.

Spiritually speaking, this Adamic state of consciousness is dark and lifeless. That is why Adam was warned that he would surely die. Little did he understand, however, that not only would he die but all his descendants after him would suffer the same fate. It might be said then that through this one man’s choice, not only was the quality of the collective consciousness determined, but also death became an inescapable aspect of human life.

Somewhat perplexingly, the Adamic state of consciousness has retained its dominance over human society for the past 6,000 years. This is in spite of its consistently negative demonstration of suffering and death. But the fact that it has prevailed all this time is by no means indicative of its immutability. Not only can man’s dominant state of consciousness change; it must and it will. This is because spiritual consciousness, whether in its individual or collective expressions, is evolutionary in nature.

What this means is that in order for the collective consciousness of humanity to have remained stuck in its dark Adamic holding pattern for all this time it has required a proactive resistance to consciousness evolution. In other words, for us to not have evolved further on the scale of enlightenment is an aberration. Had we ourselves not resisted the evolutionary impulses within us, we would have naturally moved into greater light long ago. This has been revealed to a select group of individuals throughout this age who have sought and developed greater spiritual light in their own lives. What they discovered is that the resistance of the collective human entity is implanted within all men through psychological conditioning beginning at birth and that before an individual can come into greater light that innate built-in resistance must be faced and overcome. This is what Jesus, indubitably the greatest Way Shower of spiritual enlightenment, meant when he said, “I have overcome the world.” (John 16:33). First, as an individual, Jesus had to overcome the resistance implanted within him through human birth. Only then could he become our Way Shower, leading the way for us to do the same.

The question then arises: why has there been this age-long resistance to consciousness evolution at work in the human scene? This is a complex question to be sure. It is easy to point the finger of blame at some of our more prominent historical figures that have sought to perpetuate the status quo at all costs. But this accomplishes little. Suffice it to say then that the fact that we have resisted spiritual evolution as a whole and have come to employ psychological conditioning to ensure that each new generation would remain stuck is somehow indicative of our lack of overall readiness. In other words, we have not yet evolved as a collective entity, because we simply have not been ready.

But all this is beginning to change at long last. The hard ground of our resistance to spiritual light is breaking up. This is happening without any effort on our part. It is happening because its time has come. For several decades the Western World had a great fear of an Eastern hierarchal political system called Communism. Then suddenly after the hierarchy that had conceived and perpetuated that ideology had grown weak and corrupt, the Berlin Wall came tumbling down, and just like that Soviet Communism became a thing of the past. Those in the Western democracies did nothing to make this happen. Rather it happened because its time had come. So it is that our world has become ripe and ready at last to move up to the next rung on the ladder of spiritual consciousness evolution – not because of anything we have done but rather because its time has come.

True, many enlightened individuals have seen this day coming and have labored among us to hasten its arrival. But rarely did their labors bear fruit among their contemporaries. Rather these servants of mankind had been relegated to the role of the seed planters. Through the teaching of enlightened spiritual truth they planted seeds in the collective human consciousness – seeds that are only now beginning to come to fruition.

What all this points to is the arising of a new enlightened collective consciousness among the peoples of the Earth. This transition of consciousness has been so long in the making and is so overdue that it will surely usher in a day of unparalleled peace and prosperity. The prophet Isaiah referred to the coming of this day when he wrote: “They will beat their swords into plowshares and their spears into pruning hooks. Nation will not take up sword against nation, nor will they train for war anymore … The wolf will live with the lamb, the leopard will lie down with the goat, the calf and the yearling together; and a little child will lead them.” (Isaiah 2:4, 11:6).

Of course, this new consciousness is not new in the purely existential sense. It has existed as an alternative state of consciousness since the day Adam made his choice in the Garden of Eden, as Jesus and all the other enlightened spiritual masters have attested to. But for us as a collective entity it will not only be new; it will be revolutionary.

Thus the time of the new consciousness – the consciousness that Jesus was moving in and which our world has been waiting and yearning for – has come at last. For those who are arriving at spiritual enlightenment through the revelations inherent in the Christian faith, this day might well be viewed as the ultimate fruition of the Gospel. The seeds that Jesus planted 2,000 years ago have finally broken down the collective resistance to the light of truth. A new day is dawning for mankind in the same way that it was a new day for the configuration of nations after the Berlin Wall came down. But this dawning of the new consciousness is of far greater portent and scope than the fall of Communism. As the New Testament prophesizes concerning the second coming of the Christ, “He will come back in the same way you have seen him go into heaven.” (Acts 1:11) – that is, as human consciousness imbued with the power and light of truth.

Jakeb Brock is the author of The New Consciousness: What Our World Needs Most. For more information and to order a copy of his book please visit www.ournewconsciousness.com