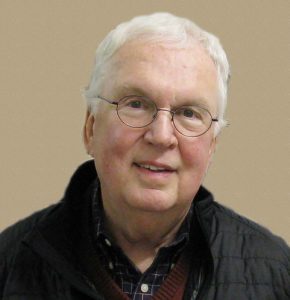 How much did your travels to Asia contribute to your story?

They were the catalyst for my story. Living and working in Hong Kong as well as in Taipei and Hanoi gave me insights into the Asian culture in many ways: the people and their way of life, style of worshipping, their fanciful historic architecture and the various sights, smells, and certainly, food. Even though I was working as an urban designer on large-scale projects, it was the small-scale details of daily life and places that captivated me.

How difficult was it to write about Asian characters and Asian culture for you as an American Caucasian?

Difficult to the point of having to do a tremendous amount of research into the history of the Chinese people: their customs, way of living, literature, music, arts, education, and political and social eras…I was fortunate to have many interactions “on the ground” while I was working in these countries…I think more writers ought to take on the challenge to “live outside their skin” and write about a culture that is foreign to them. For me, it was very rewarding to take on such a challenge.

One of your key messages is the importance of having a free press.  Why?

A free press forms the underpinnings of a free society. How many countries have we seen where journalists are not only disrespected but killed because of their outspoken view? Not all press, just because it’s “free,” is unbiased or trustworthy. In fact, some news outlets exist to foment their audience or readership. One has to be selective in avoiding “tabloid news,” especially in today’s climate where a good part of the press is being battered because they aggressively report stories that may be contrary to a particular politician’s view. The connotation of the term “fake news” being used by our President and others is very scary. The moniker is being used indiscriminately to undercut the very press that they depend on to bring reliable reporting to the masses. In fact, free press is a very fragile privilege in an open society. To lose trust in it is the beginning of a plutocracy where the wealthy (politicians or otherwise) spoon-feed a cleansed and warped version of the news to the public. The non-mainstream journals and papers are every bit a part of a balanced and healthy press.

Were any of your characters based on real people? Are the mannerisms based on your research and your observations from traveling to China?

Yes.  Some examples are:

Grace Caldwell is a surrogate for Donaldina Cameron, the ‘Angry Angel of Chinatown,’ who rescued more than 3,000 Chinese immigrant girls and women from indentured servitude.

Bo Cai’s father was a well-known Russian explorer of Tibet, credited with being the first photographer of Tibet.

Marie Banier was drawn from an actual woman of that era who was murdered in the “ransacked boudoir of her dwelling.” A diamond bracelet was found with the inscription “A notre fille, Marie Banier.”

Fan Ching is based on William Howard, the first publisher of The Golden Hills’ News, the first Asian Pacific American newspaper in the U.S.

Jun Min is loosely based on Fung Jing Toy, or “Little Pete,” a notorious tong leader who unleashed a reign of terror. A $3,000 contract on his life, he was gunned down in a barbershop.

Frank Growman was inspired on James (Jimmy) Cromwell, Chief of Police from 1880’s to 1930’s and was sergeant of the Chinatown squad.

Both Jack London and Mark Twain appear as themselves.

The subject of mannerisms and affectations is the toughest sell of any fiction. Mark Twain came alive for me after I pored over hours of video of Hal Holbrook’s impressions of him…With regard to Asian characters, I could only rely on contemporary voices and mannerisms from my contacts during my work and social interactions in those countries, which, of course don’t reflect the exact inflections and syntactical usage of 1898. Also, having lived now in San Francisco for 33 years with its large Asian population has given me the chance to study the various idiosyncratic mannerisms and speech…

Are there still landmarks existing today mentioned in your book?

Oh yes, several. To name a few, the Cameron House (Occidental Home in the book) on Sacramento between Stockton and Powell (although the original was built in 1874 it was destroyed in the 1906 earthquake and rebuilt); the Call Building, 1898, (now Central Tower) at Market and Third; the Chronicle Building, 1889, 690 Market Street; Oriental Warehouse, 1867, Delancey Street at Brannan (historic facade now incorporated into a condo complex; Tien Hou Temple on Waverly Place in Chinatown, 1852, destroyed in 1906 earthquake, rebuilt in 1911; Old St. Mary’s Cathedral, 1854, Grant & Pacific, only building in Chinatown to survive fire of 1906; Portsmouth Square, 1840’s; building at Kearney & Sacramento, setting for Hop Wo Company in the book where Lin Feng’s funeral is held.

The Hundred Days’ Reform in China in 1898 had a major part to play in the exodus of Shu Wei’s family in Sanhou. It was a failed 103-day national, cultural, political, and educational reform movement. …The timing also relates to a period when San Francisco’s Chinatown was a rough place with thousands of immigrants flooding in from southern China.

Based on your experience and knowledge do many of the residents in San Francisco’s Chinatown still have deep cultural connections to China?

Absolutely. The roots run deep to China…To quote my friend Ginger Kong: “…many residents in SF Chinatown still do have deep cultural connections to China.  My mom says Chinese, who find it challenging to assimilate to the American culture and have no support group outside of Chinatown, are more likely to stay in Chinatown.  They have whatever they need in Chinatown… food, shelter, healthcare, work, and friends who share the same experience.”

You write about gangs in your book. Based on your experience are there gangs in China and are they connected to the Chinese gangs in this country?

Competing Asian street gangs and organized crime, such as the tongs and the Hong Kong-based “triads,” continue to plague metropolitan Chinatowns worldwide, including San Francisco. Just last year Raymond “Shrimp Boy” Chow, considered the “dragonhead” of one of the most powerful Asian gangs in North America, was in the news again after he gave money to a California lawmaker in return for official favors and helping to broker an arms deal. He received a life sentence…

You mention the Chinese Exclusion Act of 1882. Does that discriminatory legislation still affect how Chinese people in the U.S. and China view America?

While this was repealed in 1943, any legislation as mean-spirited and exclusionary as this Act has lasting and subtle imprints on a society. While I can’t pinpoint its impact on my business dealings in Asia, I would say that it created a lasting suspicion of western transactions and vice-versa. I believe Chinese today, in this country, still are under a microscope and tend to be viewed as a threat—much as the Japanese were during World War II. Even now, Chinese are suspect when they make major forays into the U.S. development market. They are often seen as opportunists and suspect in their motivations, while Americans, in the reverse view, don’t see themselves that way. 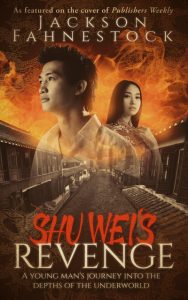 In Chinese culture, family is key and elders are honored and respected.  Do you feel we in the west could learn from this example?

Definitely. Asians in general bring this trait as part of their culture although I suspect it is being eroded by the globalization patterns of our lifestyles. I have always admired my Chinese friends who have such respect for their elders, in the later years particularly. Even when I witness a Chinese family on the street the younger ones seem to be relating positively to each other in a caring way. We westerners tend to pretend we have it figured out and can be smug about the need for such familial support or care. Maybe it’s the so-called “pioneer spirit” that we built our country on. We’re hardy souls so we don’t need to bother with the niceties of strength in family. We tend to think that gathering at weddings, birthdays, and funerals will suffice. Unfortunately, I grew up in a largely dysfunctional family which had heavy financial difficulties. I think, had we had deeper familial ties, things may have turned out differently.

What can be learned about China’s history or culture from reading your book?

…I include several historic and cultural references, including folk tales, legends, and songs, for example: when Shu Lan-lan was in a deep sleep and dreamed of her family’s farming of silk, a key occupation and historical trading commodity in China…Shu Wei wanting to return to the legendary Wutai Shan mountain, one of the Four Sacred Mountains in Chinese Buddhism…the funeral ceremony for Lin Feng which is a very exotic, non-western experience…the darker side of the tong culture where Shu Wei learns the “buzz words” for the tong’s killing orders; the mention of Li Zhongtang, the first semi-official national song of China, written in the Qing dynasty, etc…Admittedly, these are short bursts of information, but it should prod the reader’s curiosity to dig further for more understanding on the subjects.

You’ve been retired for 12 years.  Why did you write a coming-of-age story?

I started the research for the book some twelve years ago, but, other diversions kept pulling me away until two-to-three years ago I dug in full time. The “coming-of-age” part developed subconsciously. It wasn’t until I had made it 3/4 of the way through the first draft that I realized that there’s a lot of me in this book. Just after I had finished my first year of college my father died when he was only fifty-nine. I was a year older than Shu Wei. This was devastating to me and I struggled for some time trying to sort out my life. I’ve also tutored and mentored several younger people over the years, so I have an empathy with the process of growing up and what it means to have a shoulder to lean on and a friendly ear.

Do you feel everyone has a book in them and/or a dream that they can accomplish once they reach retirement?

No.  Some people are quite happy with traveling, reading, working in the yard, or taking up a hobby. Others freak out and have to go back to work. But, I do think it’s the perfect time to strike out and challenge yourself to do something beyond your normal capabilities or activities. After all, retirement is a gift. Some people have to work until they have no energies left to enjoy retirement, whether it’s leisure or a special project. I was never the best student, but I was always driven. I also was blessed with a creative gene from some unknown side of my family. When I first retired I researched and produced two audio walking tours of the financial district in San Francisco. Then I immersed myself in art, specifically etchings, for 5 to 6 years. But, the dream of doing a book stayed with me until I returned to it three years ago.