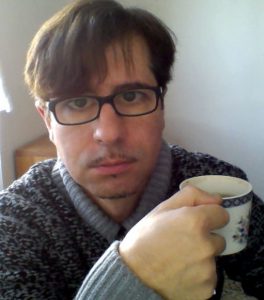 By Max Corradi, author of The Infinite Faces of God

In each and every sentient being no matter how small or strange you must be able to see God indivisible from you.

In the present book I have attempted to describe what is indescribable in human words and meanings, and to give the reader a ‘map’ or a clue to some of the questions that underlie our basic human experience as a conscious being: what is God, what am I, why was I born, why do I suffer and what is the nature of reality.

While reading this and my previous book, one should not remain attached to the ‘finger pointing at the moon’, but one should try to look at the moon directly, or rather, try to experience ‘the moon’ directly as one’s experience.

Moreover, one should never regard the word God as meaning something or someone outside of oneself but simply one’s own already complete and accomplished nature equivalent to the totality of all fields of experience.

God is a condition of Being not an individual being with an identity and a personality, God is a pure and infinite field of energy potentiality, a timeless empty Awareness beyond the limitation of one and many, playing with itself through an infinite number of beings which are none other than itself.

In a nutshell God is you, but not the ego-personality which you regard as ‘you’ or ‘me’ or others, but you as the all pervading Awareness of Pure Being – all creating Mind, beyond one and many, which is the nature – potentiality at the base or core of what you think you are. Christ meant exactly that when he said: ‘I and my Father are one’ (John 10:30).
God is an idea that man has tried to objectify in various forms, although it always remains formless pure Awareness. It is the universal substance, beyond male and female, the life that animates the substance, and the love that binds it together.

The mistake that mankind has been making all along has always been to consider God the ‘Creator’ of heaven and earth as a separate individual being, when in fact the Creator is simply the all pervading potentiality of Being which is the nature of oneself – an all creating Awareness of Pure Being beyond limitations of one and many which reflects itself as infinite beings.

When we come to examine the nature, attributes and qualities of God, we are forced to use the term potentiality instead of actuality. Although the most accurate translation of the name of God would simply be ‘Being’ or ‘the One who is’, since this principle is always individualized, in the sense that we need someone to express it, many spiritual teachings use the term ‘I AM’.

‘I’ because it is individualized but at the same time selfless (without identity, not a separate being out there), ‘Am’ because it is always in a state of Being beyond all dualities of birth and death.

This should also not cause the confusion of identifying the name of God with some self-entity external to the play of Reality but, on the contrary, we should understand God as the fundamental Expanse of Pure Being, or ‘Pure Beingness’, a mirror-like all pervading Awareness beyond the limitation of external or internal, one or many, time and space, residing at the heart of each sentient being.

The great ‘hidden’ truth which has never been taught to the multitudes, being only revealed to a few initiates, is that God and man are non dual and that all phenomena are a non duality.

All that there is, including sentient beings, is nothing other than God ‘thinking’ itself into diversity. In oneness all things lose their individual characteristics, whereas as a non duality everything and everyone is simply at the same time individual and non separate from everything and everyone else. In this natural primordial state singularity and plurality are completely overcome in space-like Awareness but individuality is manteined’ 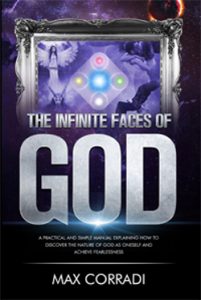 One method to experience one’s God nature is to visualize oneself divested of all thoughts, feelings and identification with the body/mind personality complex, setting aside as the ‘not the I’ category all attributes and characteristics of ego- personality.

By practicing this self-examination, having stripped the ego or the grasped sense of ‘I’ personality of all possible attributes, it is possible to acknowledge ‘a something left’, a surd, an irreducible element, an insoluble residuum, something which, while experienced, is incapable of being described, expressed or designated by rational terms, a final algebraical ‘X’, an ultimate timeless, selfless, thoughtless and all pervading element.
This is not an altered state of consciousness like the one that can be achieved through meditation methods employed by some spiritual practitioners (and also described later in this chapter), but simply the pure, unspeakable and essential Awareness of Pure Being beyond thoughts and concepts which is equivalent to all pervading Reality and God itself. It is one’s God’s nature.