Is yoga a practice closely related to religion? Is it just a bunch of exercises to gain flexibility? Or is it something in between? To be honest, when I was a teen and didn’t know much about yoga, I used to think of it as a stretching sequence that a lot of people (mostly women) did as an alternate to real workouts. Little did I know about the spirituality and philosophy behind it.
Interestingly enough, what convinced me to try yoga a couple of years later, were precisely the mind and soul aspects of the practice. I read some concepts of yoga and a little bit of history and I was completely blown away by the profundity of something that I once criticized due to my ignorance. To me, the physical benefits were always secondary. 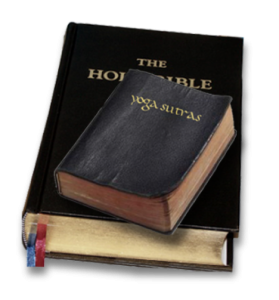 Back to the questions I asked earlier, if the yoga practice goes well beyond the mat, does it mean that it could be some sort of religion? Well, it seems like not many people think so. According to a survey we at BookYogaRetreats.com conducted, more than 80% of practitioners do not relate yoga to any religion; and 52% said that one of the main benefits of yoga is an increased flexibility, a factor that at first glance doesn’t have much impact on spirituality.
And yet, Patanjali‘s Yoga Sutra clearly presents a moral code for yogis that some could interpret as the guidelines of a religion. Or there’s no denial that the origins of yoga are tied to the Vedic sacred texts. And it’s no secret that yoga is an important aspect of Hinduism, Buddhism and Jainism. So, can yoga be completely detached from these traditions? […]

Not religious, but spiritual? 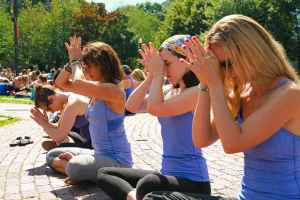 This same survey reveals a bit of a contradiction that is very telling. Almost 70% of the 600 respondents think that the best way to define yoga is as “a practice to balance body, mind and soul”; 46% admit that they practice meditation; 50% consider that they live life with a higher level of consciousness and compassion thanks to yoga; and a whopping 80.5% feel more connected to nature, the universe or a higher power through yoga! Could it be then that yoga is indeed somewhat related to religion but people refuse to accept it? It is debatable, and in my opinion, it mostly depends on the definition that each person has of religion. However, based on this numbers, it’s hard to completely detach yoga from spirituality.

My yoga and Catholicism 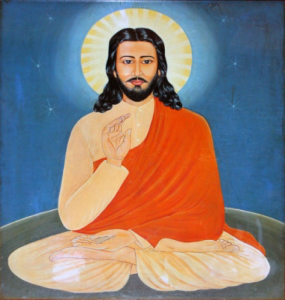 Which leads us to the next dilemma; considering the spiritual side of yoga, is it compatible with Islam, Christianity, Judaism or any other religion? This is a question that will probably never have a straightforward answer to, nor do I intend to give one here; I think it depends on how each individual lives their own faith and the intention that they put behind yoga.

I can only speak for myself on this matter. I come from a very conservative culture in which most people are Catholic. Thus, you can imagine I’ve heard at least half a dozen relatives and friends questioning me for taking part in a practice that “doesn’t align” with Catholicism. Some may even quote Pope Francis when he said in 2015 “yoga doesn’t lead to God” (he didn’t really say that literally and he also included catechetical courses explaining his point, but I guess it doesn’t sound as dramatic for the headlines).

Anyway, what I normally respond to catholic yoga detractors is this – Would a Hindu become a bad person by learning the catechesis? […] No. So, if yoga makes me a better person too, why should I stop? – If anything, yoga makes me a better Catholic; I’m not the most devout by any means and that could influence my last statement, but I’m pretty certain that no one has become a mean person because of practicing yoga. Indeed, according to the above-mentioned survey, 91% of casual practitioners (less than one session per week), still think it has had a positive effect on their lives. And even if it doesn’t enhance one’s spirit, at least it gives you a leaner body. 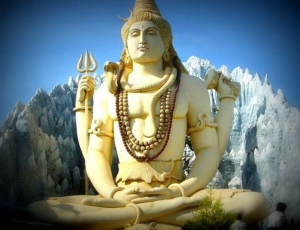 In the end, as a yogi, I think the “worst” thing one can do is to deny all ties with religious practices. Now, it doesn’t mean that there’s religion in all yoga practices, but in my opinion it is important to acknowledge that there’s yoga in some religions; it could very well be that the one in which you were born into doesn’t have a yogic tradition, which is not a bad thing. Who knows? Maybe the custom will eventually change thanks to people who choose to adopt and embrace good philosophies and practices from cultures that differ from their own. For more information on Yoga, please visit https://hobbyhelp.com/yoga/. 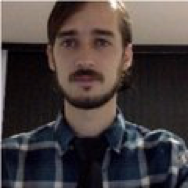 Alberto G. Güitrón is a writer at BookYogaRetreats.com and committed yogi, equally passionate about blue ink and inversion yoga poses. Experienced in journalism and sportscasting.