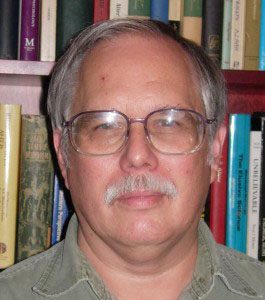 “I Saw A Light And Came Here: Children’s Experiences of Reincarnation” is a book about children who claim to remember previous lives. It is written by Erlendur Haraldsson, PhD and Jim Matlook, PhD. I had a chance interview one of the co-authors, Jim Matlook. The transcript of our Q&A is below…

1. Why did you and Erlendur Haraldsson write I Saw A Light And Came Here: Children’s Experiences of Reincarnation and what is it about?

Children who claim to remember previous lives have been reported for centuries from different parts of the world. In 1960, Dr. Ian Stevenson, a University of Virginia psychiatrist, began the systematic study of these claims. Erlendur Haraldsson became involved in this research in the late 1980s, in response to Stevenson’s appeal for others to replicate his research, and since then has investigated over 100 such cases in Sri Lanka, among the Druze of Lebanon, and in his native Iceland. He has published numerous case reports in journals over the years, and has also done studies of the children’s psychology and their retention of their memories into adulthood. He wrote this book to make his work known to a wider audience and invited me, Jim Matlock, to contribute to it, in order bring in the research findings of others.

2. For readers who might not be familiar with your work, can you please explain what are “children’s past life memories,” and how does that offer evidence in support of reincarnation?

Some children not only remember things from the lives of people who died before they were born, they identify with those people, speaking about them in the first person. Sometimes they recall enough specific things that the people can be identified. The children may lead the way to the previous home without being shown how to get there and recognize people from the earlier life. They may also behave like those people and have personalities similar to theirs. Sometimes they have phobias or emotional scars related to the way those people died. They may resemble those people physically or have birthmarks or other congenital physical abnormalities related to their deaths. These various things expand the meaning of “memory,” which is why we use the term “experiences of reincarnation” in the subtitle of our book. It is very hard to explain how children know what they do, and act in the ways they do, unless they really did live before.

3. What is the most compelling example of a child’s past life memory you have heard?

There are many fine examples of children’s past-life memory. Perhaps the most compelling thing about these cases is how they fall in certain patterns—usually children begin to speak of their memories between 2 and 4 years, for instance, and cases involve the same sorts of behavioral and physical signs. Researchers have documented not one or two cases like this, but hundreds. Of Erlendur’s cases, one of my favorites is Purnima Ekanayake, with whom we open the book. When she was about 3, Purnima began to say she had been an incense maker who had died when his bicycle was hit by a large vehicle. She named her wife and other people from the previous life, and described how to make incense sticks. She had a large birthmark on her chest. Her family had no idea who she was talking about, but later, when she visited a Buddhist temple in a different part of Sri Lanka, Purnima said she had lived across the river from the temple. Inquiries there led to the discovery of an incense maker who had died when his bicycle had been hit a bus. The bus’s wheels had run over his chest, crushing ribs and causing massive internal injuries, at the site of Purnima’s birthmark. All the names and other things Purnima had described fit this man and when she met his surviving family, she recognized people and asked insightful questions about how the business was going.

4. Why do some people have past life memories and other people do not?

This is an important question. Are only children who have memories reincarnated, or are we all reincarnated, but just don’t remember our previous lives? I have come to think that reincarnation is the rule for everyone, but that we have psychological blocks against remembering. Many of the things children recall are not very nice, such as how they died. Reincarnation is not always among strangers, but may be in the same family or among friends. Parents may come back as children, for example. The changed relationships can be confusing and can lead to tensions. I believe that our psyches suppress our memories of previous lives in order to help us adjust to our present lives more easily. The memories that arise often seem to be connected to some sort of “unfinished business” or unresolved conflict. A woman who dies leaving you children may want to get back to them. A businessman, like Purnima in her past life, may want to check on how things are going, or to collect a debt.

5. What are some of the psychological effects on people with past life memories?

Erlendur has done studies of the psychological makeup of children with past-life memories in Sri Lanka and Lebanon. One of the things he has found is that when deaths were violent, children tend to act out more, almost as if they are suffering from post-traumatic stress disorder. Phobias of places, people, and articles related to violent deaths are very common in these cases. The psychological effects are not always bad, though. Erlendur’s studies have shown that children with past-live memories typically are better adjusted socially, are unusually bright, and do better than their peers in school. His findings have been confirmed with American children by another researcher, Jim B. Tucker.

6. How would you explain the physical signs, such as birthmarks, which sometimes accompany past-life memories?

This is another important question. Even if memories and emotions can carry over from one life to another, how might physical things? One possibility is that they are conveyed to the new body through a quasi-physical astral body, but they do not always appear, as we would expect if an astral body were involved. Violent deaths do not always result in birthmarks and there is no way to predict when there will be physical signs. This points to a psychological origin for the physical abnormalities. The things that are expressed physically are those things that were very meaningful to the previous person. I think that that meaningfulness gives them an emotional quality that causes the reincarnating mind itself to impress them on its new body, in effect customizing the body for the life ahead. 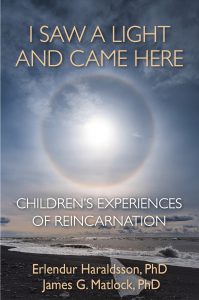 7. Why do you think mainstream psychology is not interested or focused on past life memories?

Mainstream psychology assumes that memories are stored in the brain, so that when the body dies, memories are lost too. The location of memory “traces” has never been discovered, despite decades of effort, however, and it is at least possible that they are stored somewhere else, perhaps in the subconscious part of the mind. If that is so, then memories could survive the body’s death and be transferred to another body along with the rest of the mind. This possibility does not occur to mainstream psychologists, though, because they are committed to the idea that the brain generates consciousness, another assumption that has never been proved, and yet is held as an article of faith. Mainstream psychologists believe that materialist science will eventually show how consciousness is generated by the brain, and where memories are stored in the brain. More and more neuropsychologists and other scientists are giving up these ideas as mistaken, but they are still in the minority.