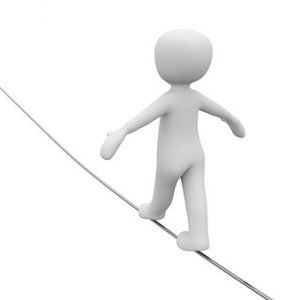 Most of us spend a lot of time internally validating our characters and actions. Whether you get your moral code from religion, philosophy or just an inner voice of some kind, we all feel better when we know that we are being the best person we are capable of being. However, how inaccurate can this assessment be?

We’ve all had to deal with people who literally cannot conceive of doing something wrong. They can steal, lie and cheat all day long and will still sleep serenely afterwards.

Such people need absolutely no-one to tell them what is right or wrong, since anything that’s to their advantage is “right” as far as they’re concerned. When they talk about their actions, you can expect to hear phrases like “he had it coming,” “if she didn’t know that she shouldn’t be in this business,” and “what are you going to do?”. In every case, they somehow convince themselves that they had no other option but to do whatever benefited themselves most, or that they were actually following the moral high road. In either case, this is no more than a mechanism to dismiss ethical responsibility for their own choices.

If you haven’t met people like this yet, you certainly will in future. Luckily, they are a small minority, but like anything connected with personalities, this characteristic exists as a sliding scale, not an on/off switch. We should each be asking ourselves: how often do I do something that I know really is wrong, but with which I can live if I make up an excuse for it?

There is almost nothing you can do or say that doesn’t have an impact on those around you, and especially on the people closest to you. While self-examination of this kind is rarely easy, it can sometimes reveal areas in which you could be doing better. Objective, trained help is available to make this process easier and more productive.

Seeking Justification From Others

In an association such as that between parent and child, or a romantic relationship, you are expected to make some compromises, just as the other person will compromise to better meet your needs. Even at work, at school or in any social situation, things would quickly descend into chaos if everybody simply followed their own desires without considering those of others.

However, there are limits to what others should expect of you. People will often tell you that you “should” do something a certain way, or “have to” help them with something. You “have to” breathe, the same doesn’t apply to doing another person’s job or covering up their mistakes. There are certain sacrifices – of time, money, effort or anything else – that nobody can require of you, and you shouldn’t allow them to make you feel that you’re doing something wrong by not giving in to their unreasonable demands.

In the same way that you, and you alone, should dictate your behavior, your beliefs and opinions should also be yours. You needn’t shout every controversial thought from the rooftops, but neither do you need to follow the herd in every aspect of life. If you rely on the approval of everyone you know for happiness, you will generally be disappointed. Staking out your own space in this way doesn’t mean ignoring the desires of those around you – only not giving in to their psychic greed.