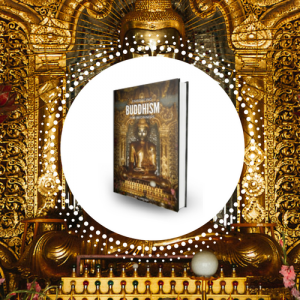 Tibetan Buddhism refers to the Buddhist tradition, principles and practices that were followed in Tibet for over 1,500 years in complete isolation. Following the Chinese takeover of the Buddhist nation in the late 1950’s and the subsequent flight of many Tibetans, including the Dalai Lama, from their homeland, Tibetan Buddhism today flourishes in India, Southeast Asia, Europe, North America and South America.

A vast majority of Tibetan Buddhists live in the Indian provinces of Ladakh and Sikkim. It is now possible for people from all over the world to learn Tibetan Buddhism from authentic sources because of the migration of Tibetans to different parts of the world, including to the United States. Buddhism is one of the fastest growing religions in America and Tibetan Buddhism in particular, has been welcomed with open arms.

Some of the celebrity practitioners of Tibetan Buddhism include Richard Gere, Sharon Stone, Steven Segal, Brandon Boyd, Adam Yauch, Jet LiAllen Ginsberg, Mike Barson and Philip Glass. Many universities in the United States and elsewhere in the world have courses on Tibetan Buddhism, taught by highly regarded instructors.

The Lamas and Their Importance to Tibetan Buddhism

The Lama or the Guru is very important in Tibetan Buddhism. The teachers of the faith are given the honorific title of Rinpoche or “The Precious One”.  The Lamas go through a meticulous training which prepares them for their role as initiators of others into the faith and bestowers of the sacred teachings. The Lamas are empowered to bestow spiritual energy to their students and are believed to embody the Buddha, his teachings and the sangha – the Three Jewels of Buddhism. The Dalai Lama, who lives in India, is the most important of all Lamas and is the guiding light for all Tibetan Buddhists, besides being a highly regarded world leader.

Meditation in Tibetan Buddhism is of two types – analytical meditation and concentrative meditation. Analytical meditation involves using our powers of logical reasoning to closely examine the teachings of Buddha and determine if they are true or not, working through our doubts till we are able to eradicate them completely and come to a clear understanding of why things are as they are.

Concentrative meditation involves single-mindedly focusing our mind on a mental object for hours at a time. Both types of meditations complement and support each other as with better analysis, we will be able to concentrate better.

By picking up an ability to concentrate, our powers of logical deduction become so much stronger and we are able to overcome doubt and the obstacles standing before us.

There are 5 elements of Tibetan Buddhism that every practitioner should know about.

Bodhisattva – “Bodhisattva” means one who has attained enlightenment or is destined for it. It is about consciously striving for enlightenment. Siddhartha Gautama was the first Bodhisattva. You may also see this refered to as “Buddhahood.”

Samadhi – Samadhi is a state of meditative consciousness, when the mind becomes still. In Buddhism, it is the last element of the Noble Eightfold Path.

Prajñā – Prajñā or wisdom refers to an insight into the true meaning of reality, which is dukkha (or dissatisfaction and suffering), anicca (or impermanence), śūnyatā (or emptiness) and anattā (non-self).

Trikāya – This a doctrine which says that the Buddha has three bodies or kayas –  The Dharmakāya, the truth body; The Sambhogakāya,  the body of mutual enjoyment and the Nirmāṇakāya, the body that manifests in time and space.

The Popularity of Buddhism 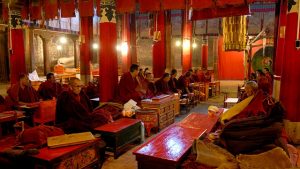 As said earlier, Tibetan Buddhism has picked up a massive following in the West. But why?

One reason for this is that Buddhism is a very tolerant faith. It adapts itself to its host culture and does not seek to impose itself on any culture.

People from all walks of life are able to connect with themselves spriritually – without judgement.

A “testing” of Buddhist practices is encouraged, rather than stating truth or certainty in the belief system, this has captured the interest of otherwise secular believers.

Modern Tibetan Buddhism has become an almost a fluid philosophy. It is said to be a grounded and neutral way of viewing the world, encouraging us to connect to ourselves through practice of the Eightfold Path, opening us to the truth of things.

The benefits of meditation or mindfulness practices have been proven in neurological and psychological research. With compassion, acceptance and the truth of impermanence at its core, Buddhism continues to be of interest to an estimated 488 million followers.

If you wish to learn more about the core beliefs of Buddhism (including Tibetan, Zen and Mahayana), I have recently released a beginners guide. ‘Embracing Buddhism For Beginners’ is now available on Amazon Kindle:
https://www.amazon.co.uk/Embracing-Buddhism-Beginners-Brown-ebook/dp/B06XCQH4DV/ref=sr_1_1?ie=UTF8&qid=1488532642&sr=8-1&keywords=embracing+buddhism+for+beginners

Who can benefit from this book? Novices to Buddhism and students of philosophy and religion – it also includes a list of helpful resources on Buddhism’s broad belief system.