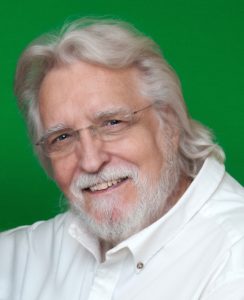 Below is a copy of a Q&A interview with Neale Donald Walsch, Author of Conversations with God, Book 4: Awaken the Species.

EDITOR’S NOTE: New York Times bestselling author of Conversations with God, Neale Donald Walsch, says that in the middle of the night on August 2, 2016, he found himself drawn into a new and totally unexpected dialogue with Deity in which he suddenly faced two questions: Is the human race being offered help by Highly Evolved Beings from another dimension? Is there a key role that humans are being invited to play in advancing their own evolution by joining in a mutual mission to assist the planet during the critical times ahead? He was told the answer to both questions is yes.

Below is the Q&A with the controversial new age author about having placed this answer in his latest book, Conversations with God, Book 4: Awaken the Species, released in March from Rainbow Ridge Books.

Q: You have previously given readers of your books the impression that there would be no more books forthcoming involving what you say you’ve experienced as dialogues with God, yet now you are releasing another one. What changed around that?

A: I really didn’t think I’d ever find myself in another conversation with God of the kind that extends to book length, but I got caught up in exactly that kind of experience in August of 2016, and before I knew it an entire book had emerged. As with my other experiences, I realized it was intended to be a published book from the beginning, and was never meant for me only. So I sent it to a publisher who agreed to distribute it globally, and there you have it.

Q: What is different about this dialogue, in terms of content? Or is it just more of the same?

A: There are some things that are brought forward from earlier conversations and repeated in this exchange, for emphasis, but the main thrust of the book moves in a new direction, consisting of a striking invitation for all those who are drawn to read it, a revelation about extraterrestrial beings, and—most important of all—a remarkably detailed description of sixteen major differences between highly evolved beings who live in a constant state of being awakened, and those human beings who do not.

Q: Let’s get right to the most unusual part. What is said about extraterrestrial beings?

A: First, that they exist; that there is intelligent life in places and dimensions other than the planet Earth. Then, that the people of Earth are being offered assistance in our collective evolutionary process by these other life forms.

Q: We’re being helped by beings from outer space?

A: It’s not quite that raw, in terms of data. The explanation offered in the dialogue is quite a bit more complex and sophisticated than that. The “beings” referred to are actually inter-dimensional entities, not “spacemen” in the classical or science-fiction sense. But yes, we are being offered assistance by them as part of their own evolutionary process. That is, they evolve by helping other beings to evolve.

Q: How, exactly, are they doing this?

A: Basically, through the offering of ideas, through the placing of advanced concepts into the space of life. This could show up as the inspired plot of a movie, the insights of a philosopher or a poet, the visions of a leader, or the ideas and feelings that fill the heart of every person who thinks compassionately and lovingly of others.

A: No. No highly evolved being would ever seek to control the thoughts of anyone, or cause anyone to think or act involuntarily. More along the lines of inspiration and invitation. As when one suddenly experiences an insight, or says, “I’ve just had a great idea.” They can accept it and act on it, or reject it out of hand. There’s no “control” involved.

Q: This is a pretty radical notion. Are you sure this came from God?

A: I feel that all the messages in the Conversations with God dialogues came from God. And many of them have been considered radical. But to me it is as George Bernard Shaw observed: “All great truths begin as blasphemies.” Yet I have to say, the idea that there is intelligent life elsewhere in the cosmos does not seem terribly radical to me, nor does the notion that we could be receiving help from outside of our dimension. If I had used the term “guardian angels” or spoke of our “guides,” a lot fewer eyebrows would raise. So it’s just a matter of terminology here. The main idea is that we are always recipients of God’s help, whether it is through other of God’s beloved creatures, or directly from the Divine Itself.

Q: What about this list you said we are given, this catalogue of differences between us and highly evolved beings?

A: Not all of us, just those humans who are not in an awakened state.

Q: What percentage would you assess that to be?

A: I think that more people are now walking around in an awakened state than one might imagine. But there is no question in my mind that, still, the largest number of us are not. I can’t put a percentage number on all that, and I’m not sure it would serve us to do so anyway.

A: It’s a look at sixteen highly specific behaviors of highly evolved beings who are living in an awakened state that are rarely displayed by humans who are unawakened—which, as I said, is the majority of us.

Q: Are you saying that if we adopted these behaviors we would be awakened?

A: It’s the other way around. If we are awakened, we will adopt these behaviors.

Q: Then how do we become what you call “awakened”?

A: The whole book is about that.

Q: Then tell us what the sixteen behaviors are at least.

A: I couldn’t do that justice here either. There are long passages across several chapters delving into all of this, including descriptions of every one of those behaviors.

Q: Okay, then, what is this invitation you spoke of?

A: Every reader is invited to self-select . . . that is, to choose themselves . . . to be among those who commit to moving forward their own individual and personal evolution by embracing and demonstrating behaviors that serve to awaken the species to who and what human beings really are (Individuations of Divinity), and how that may be made manifest in our experience. 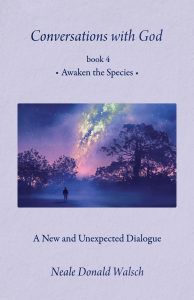 Q: In other words, embracing the behaviors described in the book.

Q: How do we know they’re valid? How can we be sure they would even work for most humans?

A: That’s something that each person would have to experience and decide for themselves. But I can tell you that fully awakened humans have already demonstrated them—some many, many years ago and some who are engaged in earthly life on this very day. So we know it is possible. It is simply a matter of will.

Q: Well it sounds like a fascinating read—as have been all of your books, Mr. Walsch.

A: That was a kind thing to say. Thank you. My only hope is that some people will find Book 4 in the series beneficial.

**********
–Neale Donald Walsch is the New York Times Bestselling author of nine books in the Conversations with God series, which have sold more than ten million copies in 37 languages. He is one of the major authors in the new spirituality movement, having written 29 books, with eight books on the New York Times bestseller’s list. His life and work have helped to create and sustain a worldwide spiritual renaissance, and he travels globally to bring the uplifting message of the CwG books to people everywhere.