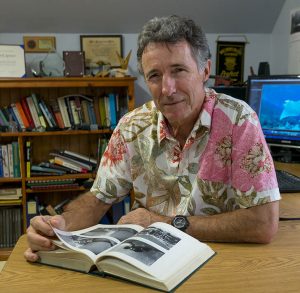 By Mark N. Spencer, author of Ocean of Self

Miracles – Are they for real?

In short – yes. But maybe we wouldn’t call them ‘miracles’ if we understood that humans are capable of mastering the laws of nature at their very subtlest level of expression.
Let’s look at levitation or walking on water. Admittedly most of us don’t see it demonstrated, but if we did, we might be inclined to see levitation as a clever trick or a ‘miracle’ because such ability would be seen as “against the laws of nature”. Physicists tell us however that ‘repulsive’ gravity – the tendency for things to repel each other rather than be attracted to each other – is actually a dominant phenomenon in our universe. It’s just that we don’t witness it at our Earthy scale. ‘Dark energy’ occupies some 72% of the matter and energy of our universe and is responsible for the ongoing expansion of the universe.

How does nature allow the possibility of ‘repulsive gravity’? Space and time are not absolute constants but are ‘relative’ concepts – only having any meaning in the context of one thing compared to another. Space and time are therefore ‘manifest’ or created phenomena that are presumed to arise from an unmanifest field that Einstein referred to as a ‘unified field’. Modern scientists will more likely refer to this field as a ‘superstring field’ – a field of some sort of energy from which all material things and phenomena arise. Space is the first expression of this unified field and it can be viewed as a fabric or sheet that can be bent into different shapes. Bent one way, it will cause nearby objects to approach each other. Bent another way, it will cause these objects to move away from each other.

What about your consciousness? Have you ever thought about what it is that is doing your thinking? The brain plays an important part in conscious awareness, but I do not believe consciousness has its genesis in the brain. I view consciousness as one single ocean that underlies, gives rise to and supports our individual ‘waves’ of consciousness. I talk about this in my book “Ocean of Self”. This concept of consciousness means that we are all One in essence. In my book I also develop arguments to support the notion that this ocean of consciousness (or ocean of self) is indeed the unified field – or superstring field – entertained by modern science.
What if we can become divers in this ocean of consciousness? Would not that allow us to become familiar with the workings of nature at their most subtle level? Might we be able to influence the all-possible manifestations of the ‘superstrings’ to bring about repulsive gravity – to levitate or fly, or walk on water? If we can control gravity – the geometry of the space-time fabric – then it would be arguably easier for us to control the relatively more ‘gross’ expressions of the forces in nature, like electromagnetism. 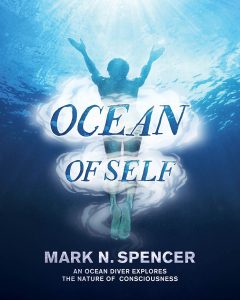 Becoming a ‘diver’ in the ocean of consciousness isn’t hard. You don’t have to don heavy and bulky breathing apparatus, like I do when I dive deep on a shipwreck. A good technique of meditation is recommended for a regular dive into what is referred to as “transcendental consciousness” (“TC”). This state of consciousness is an actual physiological state that can be measured and determined with electro-encephalogram recordings. Transcendental consciousness is that ocean of consciousness I have referred to. Becoming familiar with that state has many, many health benefits, but over time, it also helps us grow spiritually. I’m not talking about being indoctrinated here. I’m talking about the personal expansion of spiritual experience.

As our conscious awareness expands over years of regular transcendence in meditation, we eventually find ourselves capable of influencing the ‘laws of nature’. We learn that we can indeed do the things that Christ did – as He told us so! We learn that – they’re not really ‘miracles’, but instead our improved ability to work with the existing laws of nature. Anything becomes possible. In fact – we will be inclined to turn around our view of miracles. What is truly a “miracle” is this life we live in, you and me right now living seemingly separate existences. I say this: “We’re all miracles, living in a miracle, wondering if miracles exist.”