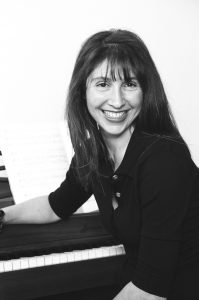 There’s nothing like death for testing one’s spirituality, especially the sudden death of a loved one. That’s what happened to me. Six years ago my mother died unexpectedly. She wasn’t old, she wasn’t ill; she went to bed one night and never woke up in the morning. She suffered from a massive stroke.

I’ve always considered myself a spiritual person. I’ve practised yoga for twenty plus years and frequently find a peaceful sense of meditation within a pose – a state of being where I lose myself and my thoughts; where I forget the stresses and worries of the world.

When my mother died, however, for a significant period of time yoga didn’t do it for me. Nothing did it for me. I was unable to find any inner peace. In fact, I was unable to find peace full stop. Why my mother? How was it possible when she was perfectly well the day before? How could I speak to her twelve hours earlier without sensing that something might happen, without sensing that the next day she’d be hooked up to a life support machine, suspended half-way between life and death? It was unfathomable.

I was angry. And anger doesn’t sit well with spirituality. Friends tried to help me rationalise it, to see the positive in the way my mother passed. Comments included:

“At least she never suffered.”

“Your mother must have been an angel, that’s what they say about people who die in their sleep.”

“At least she didn’t suffer from a long, protracted illness.”

Kindly though they were meant, none of these viewpoints appeased me.

They say that time is a great healer and it’s true. Over time I became less angry about my mother’s passing. And over time yoga and the ability to meditate within it came back to me. But my sadness never went away and six years on it’s still there to some degree. Not a day goes by when I don’t think about my mother. Not a week passes without me shedding a tear over her loss.

Two and a half years ago, however, something miraculous happened. My mother came to me in a dream. In that dream she gave me the title for a novel (I’m an author) as well as its premise and then she kept repeating: “you must remember this when you wake up.”

I did remember it when I woke up because it was a great idea and the memory of that dream still sends shivers down my spine.

Some people react to this story in a similar way, their skin breaking into goose bumps. Other folk might say that it wasn’t my mother who ‘came’ to me in a dream – it was my subconscious conjuring her and the idea up. It doesn’t matter what the truth is. What matters is that she was there and that she contributed in such a big way. And it was a big way, because the idea which came to me in the dream became a project which consumed me for thirty months and one which gave me a lot of peace and pleasure. It also helped restore my spirituality. 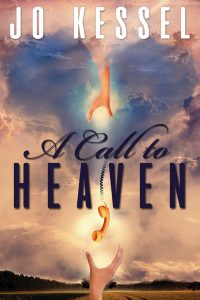 The book has recently been published. It’s called A Call to Heaven and, as the title suggests, it’s about characters being able to contact someone they’ve loved and lost by using a phone to call Heaven.

I even made the heroine Amy a yoga teacher. I’m not sure I can name another literary heroine who even practices yoga let alone teaches it!

I don’t want to give anything away, but let’s just say that there is definitely a character in the book that makes contact with her mother. If only the story was autobiographical…