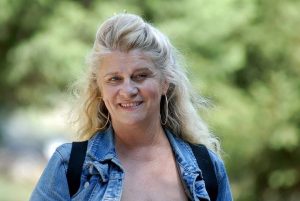 Hollywood is definitely male dominated industry especially in the field of creation and story expression. We have domination of stories which are based on survival of the bad guys …guns…shooting…handsome con artist who are charming successful and ménage to escape every “trap” of the law… fighting on the streets…fighting in the fields…weapons of every type, antics, modern, futuristic, visionary, fast cars that drive like crazy on the highways and streets, killings, blood, bombs and much, much more.

Now I am talking only about movies from this perspective, not about the qualities of the work. Look at the movies you have seen last decade. They all have the same principle…either female principle is killed…dead…or the female principle accepts the attributes of the male to succeed.

That is what I call the domination of male energy in the movies and on the planet in general. And then we have the mirror on the real life. Fighting, killing, bad guys, bombs and blood everywhere…why because if the picture is giving the brain this ideas…that means it is great and success. Unconsciously we are creating the world we are living by giving the domination in art, especially the film industry to the bad and evil principle…some are calling it a shadow. And we desperately need the real world to change.

For that we have to change the ideas, especially the ideas in art and film making which is very, very hard because we believe it will not sell and be wanted. The picture of a woman…female principle…needs to be changed drastically if we want the role of the women to be changed in real life. If we devote two hours of our life watching the movie where the female role is either dead or a woman who is like man in character…we also after that devote emotionally our hearts to is in life…it’s give power to that principles and other that would maybe lead to creation and love, stay stagnant and dormant….and we want so desperately to wake them up. Tis are just ideas to think about…it is not a judgment. But think about this principle deeply, maybe you will find more and more answers about the irrational judgments and choices that are invading the planet. Everywhere around the world. People choose in life questionable pathways. Something has to be changed. Answers would be ours.

THE PEARL ON THE READ SEA

I have written a screenplay that adopts different principles wanting to make changes based on my belief system. I am not a screenplay author…I am a journalist and a novel writer. (novel “Quantum woman celestial man” http://www.amazon.com/Quantum-Woman-Celestial-Kamelia-Sojlevska/dp/0982305044 and documentary author as well as University lecturer from Macedonia. I have no experience in making movies but I strongly believe that I have discovered my vision through this script as a tool to share this fascinating epic through film.

The story shares the depth and genuine interest for greatness, inner strength, boldness, vivid expression, great aesthetics and is a millennium epic saga. THE PEARL ON THE RED SEA I wrote, is exploring the woman strength dating back in Ancient Egypt, eternity manifested in love and conquering of the time, up to present time. Entering the time chamber in the Egyptian Pyramid, the initiated son of an ancient Pharaoh accidentally transports himself to the modern time where he must make a choice between woman he falls in love with or the wellbeing of his people.

The story of THE PEARL ON THE RED SEA has a deep quest to be shared worldwide. It would be exceptional if you would consider being involved in it, for which I have a feeling you can deeply connect and truly understand its core and bring this vision to life with great power that will shake audiences globally.

THE PEARL ON THE RED SEA boldly touches the woman’s power in Ancient Egypt, female openness and high consciousness in a place and space where everything is possible thanks to the knowledge that Ancient rulers of Egypt had and hide from the planet. They knew that knowledge they have can be used in a wrong doings if discovered in the wrong time. As masters of time and space they freely travel though time From Ancient to modern times. Love for them is exploring the universal possibilities of human goodness, kindness, knowledge and quest for higher levels of mind.

The story reveal some of the Egyptian secrets, intuitively and metaphysically discovered supported and supervised by the knowledge of my consultant, Antoine Gigal (France) who has spent more than 20 years exploring Egypt. Antoine is a founder of foundation Giza for humanity, women explorer, archaeologist and Egyptologist. CEO & Founder at Giza for Humanity and CEO & Founder at gigalresearch.com