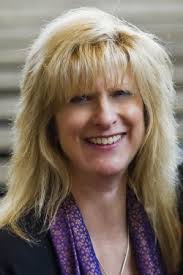 Elizabeth Koehler-Pentacoff is the author of nine books, including a Writer’s Digest Selection for The ABCs of Writing for Children. The Missing Kennedy is her first adult memoir. Rosemary Kennedy, younger sister of President John F. Kennedy, was lobotomized in 1941 at age 23. In 1959, she was put out of public view at a remote facility in rural Wisconsin, where, for more than twenty years, she remained unvisited by family and non-family alike, until 1962. Elizabeth Koehler-Pentacoff (Liz) and her parents were likely the first non-Kennedy family members to visit Rosemary following her lobotomy. Liz was niece to Rosemary’s caretaker, Sister Paulus, a Catholic nun at St. Colleta, and she visited Rosemary on a regular basis for the next thirty-four years. Through their friendship, Liz discovered the person many had forgotten or never known.

In 2015, ten years after Rosemary’s death, Liz has come forward with a fascinating book about the hidden daughter of America’s royal Kennedy family. “The Missing Kennedy: Rosemary Kennedy and the Secret Bonds of Four Women” is truly unique. It is an eyewitness account of Rosemary’s post-lobotomy years, the first published by a non-family member, and it’s augmented by nearly 100 never-before-seen pictures of Rosemary after she was lobotomized.

Below is a Q&A with her about The Missing Kennedy.

When you visited Rosie as a child, did you realize the family’s importance to the American public?

Yes. Her brother was president when I entered school and my parents talked about him with reverence.

What about your own life inspired you to write Rosemary’s story? What took you so long to decide to do it (nine years after Rosemary’s death)?

When my parents passed away (2002 and 2009), I was flooded with memories of my childhood. The book idea came to me in a dream. A young man appeared and told me my next book would be The Missing Kennedy. Later, while doing some research, I recognized the young man. He was David Kennedy, Robert’s son, who died young from a drug overdose.

As a previously published author and the niece of Rosemary’s caretaker, you are especially qualified to tell this story. How do you think other accounts of the Kennedy family treat Rosie? Are they accurate accounts in relation to your own experience?

The Kennedy accounts regarding Rosie are recalled with love, as is mine. However, they do not mention Rosie had been diagnosed with mental illness.

My research allowed me to empathize with how the family dealt with their own set of disadvantages. Living in the public eye is not easy. The Kennedy children were growing up during the time when Lindbergh’s baby was abducted. Joe and Rose feared that something could happen to their children. It was also a time when people with disabilities and mental illness were hidden and kept secret.

If indeed this is the first and only book on her, why? Has there been family resistance?

Most of the Kennedys didn’t grow up with Rosie in their lives. After Rose Kennedy had Eunice take charge of Rosie in the 1970s, the Shrivers began encountering their Aunt Rosie whenever she visited them. Although the other Kennedys didn’t know her intimately, they took on the cause of the developmentally challenged through organizations and government.

To what extent have the Kennedy and Shriver families been helpful in writing this book?

The Shrivers have been extremely generous talking with me about their experiences with their Aunt Rosie.

What do you think is your motivation?

Same as mine. I hope my story will lead to greater compassion for everyone.

How do you think the Kennedys and Shrivers will receive this book?

I hope they will be pleased I wrote it.

To what extent has the Kennedy family wealth been spent on research for the developmentally disabled? If you had $10 million to sponsor research in this area, what would you want to see researched?

The Kennedy family has been quite generous through the Joseph P. Kennedy Jr. Foundation, which has given millions for both research into intellectual disabilities and for assistance to families. If I had $10 million, I’d give it to their foundation because they are the experts who will know how best to allocate funds.

In your book, you write a good deal about feeling like an outcast from your extended family. The dichotomy of inclusion and exclusion plays a big role in Rosie’s life. How do you think it affected the way you wrote?

Because I knew good people in my life suffered from mental illness, I felt unique. And since I felt exclusion in my own family, I realized how drastic it must have been for Rosie and also for my relatives who suffered from mental illness. How can one not be compassionate? When people are involved in personal stories, understanding grows. Put an intimate face to an illness or a hurdle, and acceptance and empathy grows.

Were you willing to disclose more about both the Koehlers and the Kennedys?

Sharing our stories of how people felt, why they acted the way they did, and what the consequences were can invoke acceptance and empathy. This can be done by sharing the truth.

What is the most shocking thing you found during your research?

The doctor who lobotomized Rosemary wasn’t a surgeon, but he was a terrific public relations guru. Popular culture accepted his false claims readily. He was considered the best option at the time. Also, I was both saddened and shocked to find out how people with disabilities and mental illnesses were treated―often locked away in attics because of the backlash. If discovered, people could lose their homes, their jobs, even their friends. All because of fear of the unknown.

Why did you choose to include stories from your family, like Zora and Nick, as well as the Kennedys?

At first, it didn’t occur to me to include them. But as I wrote about my youth, I realized how Aunt Zora and Uncle Nick affected me and my family. It was huge. It informed us how we were as individuals and families. We had these powerful secrets and emotional fears that we thought were unique to us, with no one at that time talking about mental illness. The bottom line is that both the Kennedys and my families, although very different in wealth and social status, dealt with their tragedies through their Catholicism.

If Rosemary’s story was happening today, how would it be different surgically, educationally, and socially?

She was dyslexic, so educators would know how to teach her. Everyone would understand that reading styles aren’t a big issue. She’d receive training appropriate to her abilities, and she could have continued teaching preschool, which she loved, had a meaningful relationship and even been married with a family of her own. The need for a drastic operation would have been replaced by medicine, and therapy.

There’s always more to be done. But I believe we’ve come a long way since Rosie’s youth and in the 1960s, when my relationship with her and the residents of Saint Coletta began. But we have a long way to go. For instance, the prevalence of certain disabilities such as autism and attention deficit disorder is increasing. Why? What can we do about it? Families are still overwhelmed with caring and educating their disabled children. If a family is poor, these problems are even more difficult. How can we make sure all have equal opportunities for available services? And there is always a need for a greater understanding and acceptance for people with disabilities. We still need to create opportunities for love and acceptance.

Obviously, politics influenced many of the Rosie-related decisions made by the Kennedys and the people surrounding them. As you look over her life, do you believe that all that was possible was actually done for her?

I feel sad Rosie didn’t receive more of a rigorous intervention earlier that could have prevented the surgery that was her disaster. I think St. Coletta was the perfect place for Rosie, for there she shed her tantrums and became happy.

Catholicism is very important to you, the Koehlers, and the Kennedys. Do you think being grounded in these beliefs changed how Rosemary’s care was handled? 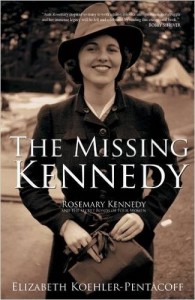 Absolutely. The nuns at St. Coletta were warm and loving. I could feel the love when entering the dorms and Rosie’s cottage. I’ve never been anywhere else where I’ve been on the receiving end of such kindness and love. And the basis of Catholicism is love and social justice.

How does grief play a central role in this story?

Of course there will be grief if we can see how things could have been different. Playing the “if only” game is heartbreaking. If only Rosemary didn’t have the operation. If only Rose would have learned the truth about what had happened to her daughter. But the upside of grief is action. And certainly, the Kennedys changed history in a positive way due to their actions.

You declare your mother and yourself to be feminists. How did the feminist movement help people like Rosie?

I believe the basis of feminism is equality. This permeates through every segment of lives, including racial, religious, socio-economic, able-bodied and disabled. It is basic social justice. It gave a larger voice for all people to speak out against inequalities in our society. I think Eunice embodies much of what is a feminist. She wasn’t afraid to speak up for the injustices she saw.

Rosie lived for more than 60 years after her lobotomy. For all the damage the lobotomy had on Rosie’s life, her condition inspired the Kennedys to institute programs that spurred nationwide change in the treatment of mentally disabled people.

What was the most significant result of Rosie’s condition?

For Rosie, it was the loss of her ability to communicate, move, and use her brain to the fullest extent possible. For the world, Eunice encouraged the Joseph P. Kennedy Jr. Foundation to focus on research into prevention of intellectual disabilities and advocating for people who have them. This family emphasis led President Kennedy to create The President’s Panel on Mental Retardation. Because of this beginning, people who were once locked away and hidden are now productive members of society, working and living rich, full lives.

What can people do to help mentally disabled people in their communities?

Donate what you can with money and/or time to organizations such as Special Olympics and Best Buddies. My father raised money for the disabled through The Knights of Columbus. Create your own Mission of Kindness. Treat everyone how you wish to be treated. Kindness and acceptance are the biggest gifts we have.

What is the most significant thing you learned from Rosemary?

Her life was valuable. She WAS productive. She gave much love and happiness. She taught me the gift of taking time to appreciate each other. She taught me to slow down and enjoy silence, nature, and being with another person.

Above all, this is a story of family. How has your relationship with your family influenced this book?

My family affected how I grew up. I saw my parents being thoughtful, treating everyone at St. Coletta in a friendly and loving manner. I grew up knowing I, like them, was to make the world a better place.

With Rosie out of the public eye, the Kennedys were not held responsible for her condition. How do you think she slipped out of notice when she was part of such a high profile family?

She was in a large, active family! It was easy for them to say Rosemary was off teaching and enjoying a more private life. She had eight siblings, all blessed with charisma. They all vied for the stage at various times in their lives. The focus was easily placed upon them and their numerous activities.

What do you want people to take away from this book?

Empathy―I hope empathy will inspire kindness. And a knowledge of what the Kennedys did positively for the lives of anyone with a disability.