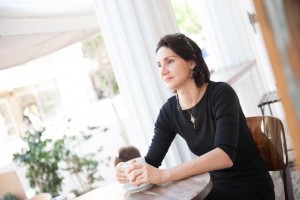 By Daniela I. Norris

Many people consider dying to be a traumatic event. It certainly can be for family and friends who stay behind on the earth plane. But for the concerned person, it may be a much more pleasant event than birth.

Consider these two different scenarios – death and birth – while agreeing to put aside all doubts about reincarnation for the duration of reading these lines:

When death is sudden, there is usually no pain involved. The spirit often leaves the body even before the actual death occurs, because of the shock – and it is suddenly free. No more constraints, no more physical needs. A body is nice to have, but it comes with many limitations that the spirit does not adhere to. It feels wonderful – although possibly disconcerting at first – to be free of these limitations. For someone who has never even considered the possibility of their spirit being a separate entity, something totally separate from their physical body, this can be a scary experience.

Where do they go? What do they do next? Perhaps the answer to that is not always obvious, which is why some spirits remain earth-bound for a while. They are worried about leaving their familiar surroundings, and going someplace different. This is probably the case with young souls, who have not been through death and rebirth many times.
For those who’ve been there before many times, it is not a complicated procedure.

Yes, there are the family and friends who are left behind, and the deceased may wonder – will they be all right without me? The answer is that in the long term, they always will be. And once we’ve accepted this newly found freedom, we can then continue our journey into the spirit realm and embrace this understanding that we are eternal beings; that life on earth was one act in a multi-act play.

Family and friends who stay behind will grieve; they will miss us. But we now know the truth: we shall meet again, and they do have their own journey to complete. We are not responsible for their happiness and well-being. They are responsible for their own. They might even learn a lesson or two – perhaps even a difficult one – from our departure. But in the end, the difficult lessons are often the most important ones.

We are now able to head towards the light that is always there for us; join our spirit family; enjoy unconditional love and acceptance and to free ourselves from the constraints and difficulties of having a human body. We can learn many new things, until we are ready to incarnate and inhabit a human body again. All is well.

We’ve spent some time in the spirit realms, got used to the lightness and freedom that comes with living in such a different dimension. We know we are eternal beings, even if we may forget that soon. Now we are heading back to the earth plane, for another life. We get a body – a baby’s body – which takes some getting used to. We emerge through what can sometimes be a stressful event – a difficult birth, stressed mother, unfamiliar surroundings. We might still remember where we came from, but this memory is now slowly fading away. Some studies have shown that children up to the age of two can still remember details from before their birth – but these are quickly forgotten once they are discouraged from talking about such things.

In societies where reincarnation is regarded as a normal belief, there are many more reported cases of children talking about their past lives. In Druze communities, which reside mostly in Syria, Lebanon and Israel, children who remember their past-life families are not regarded as very unusual. Being a sect that emerged during the 11th century from Ismailism – a branch of shia Islam – they are often weary of sharing these stories with people outside their religious community for fear of being prosecuted. Hindus and Buddhists regard reincarnation as a matter of fact – and the human body is treated as a vessel for the soul, and therefore can be disposed of by cremation once the soul had left it. In Hindu traditions, the reason for destroying the human body after death is to induce a feeling of detachment into the disembodied spirit – for apparently, many spirits initially feel reluctant to leave their newly deceased body, and hang around it for a while. The destruction of the human body will encourage the spirits to pass to ‘the other world’ – where they belong.

Being reborn is not as easy as departing, and obviously also depends on the circumstances into which the baby is born. The circumstances, in their turn, depend on the lessons that need to be learned from that specific life. So there is no way to know where we are heading during a specific life – other than looking deep inside and listening to our intuition, gut-feelings, instincts, memories, messages from ‘the other side’ or whatever we prefer to call this information.

Human life can be – and often is – stressful. Death is not. So why are we so afraid of it? And why are we so reluctant to allow our loved ones to continue their journey when their time comes? This has to do more with preconceived ideas in Western society, and with the (sometimes selfish) desire to keep our loved ones with us until we ourselves depart, for they bring much joy to our lives, and we miss them when they are gone.

But if we took a few moments to consider them and their best interests, more often than not, letting the dying person go peacefully, without ‘hanging on’ to them psychologically and energetically, would be the best for them, for the continuation of their journey, and even for those of us staying behind on the earthplane.