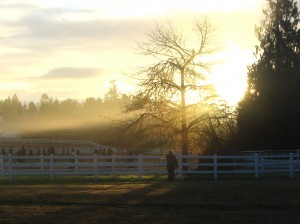 There is a reason the Ramtha School of Enlightenment is called an “academy of the mind.”

Students are taught ancient wisdom along with the latest discoveries in cellular biology, neuroscience, and quantum physics. These valuable teachings allow people to access the extraordinary powers and abilities of their minds to improve their health and their emotional and spiritual lives.

Michelle Horkings-Brigham, an RSE student for more than twenty-five years, has used Ramtha’s teachings to embark on a journey that surprised every medical professional who crossed her path. Implementing the innate power of her mind, she reversed menopause and naturally became pregnant at age 51. She also eliminated a cancerous tumor in four days and healed herself in less than six weeks.

“I am so thankful for the knowledge I have been given at RSE,” she said. “I only hope that soon all people, especially women, will understand the power of their mind. Surely wars and discord would end if humanity only realized what an amazing journey it is to even get here.”

Michelle is one of many students who have experienced miraculous natural healings. Christopher S. Duncklee from New Hampshire told himself, “I am more than my body.” After cutting the end of his finger off on a table saw, the doctors told him it would never grow back, that he would have a short finger, and at best be able to use it after six months. Refusing to accept a handicap, Christopher utilized Ramtha’s teachings, reached deep within his subconscious, and was completely healed within three months.

Susan Hals’ story is another amazing, true glimpse into the power the mind has to heal both the body and heart. After a long history with Trigeminal Neuralgia — a nerve disorder that causes a stabbing or electric-shocklike pain in parts of the face — Susan was finally pain- free after just one special operation. “I began focusing on my Radiant Health and doing my very best to continue with my disciplines in whatever way worked,” she said. Susan continues to focus her mind on Trigeminal Nerves healing completely. “It is already so and becoming manifested in my cells.”

The link between mind and body has been a serious focus of RSE as well as the National Institutes of Health (NIH), an agency of the U.S. Department of Health and Human Services. The NIH has funded dozens of studies on the power of the brain to heal and improve the body, including a study called “Optimism and Physical Health: A Meta-Analytic Review,” which concluded “Optimism is a significant predictor of positive physical health outcomes.” Other studies include research on law students and stress which concluded “Optimism was associated with better mood, higher numbers of helper T cells, and higher natural killer cell cytotoxicity.”

JZ Knight, President of RSE and the unique channel for Ramtha, supports this idea because “normal life is not disconnected from one’s spiritual thought.” At Ramtha’s School of Enlightenment, students learn to incorporate concepts of quantum physics, neurogenesis, and neuroplasticity into their everyday lives, wherein the next day one builds on the day before to become even better. If it weren’t for the link between mind and body at the quantum level, Michelle Horkings-Brigham, Christopher S. Duncklee, Susan Hals, and many other RSE students wouldn’t have the power to heal themselves.

Others will have the opportunity to learn these disciplines and many more, thanks to Ramtha’s 2014 Masters of Divine Jazz World Tour. From South Korea to Switzerland, São Paulo to South Africa, the teachings of Ramtha the Enlightened One will be taught to tens of thousands of students around the world.

The title of the tour, “Masters of Divine Jazz,” was chosen because when everyone is born, we have infinite opportunities and choices. Our hearts are open and our minds are awake. “As we age, we settle into a rut that narrows us down to one choice — living in the past, not the future,” says Knight. “The school focuses on open-mindedness. Divine Jazz means you can do anything. There are infinite possibilities.” Having an open mind produces results. Quoting Knight, “As industrialist Henry Ford said, ‘Whether you think you can, or think you can’t, you’re right.’ In Divine Jazz we say, ‘You can!’ In one day you can be anything you desire to become and you would be right.” 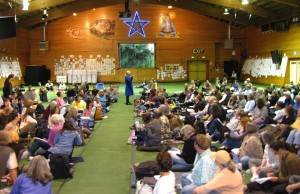 With proper application, the tools being taught on this tour have the power to make one’s life better. Each student will gain skills from the Divine Jazz workshops they can practice at home to refine and integrate them into their daily lives.

To register for these events, please visit http://ramtha.com/emailers/2013/0923_WT/online.html

The “academy of the mind” is open to all who wish to better their lives.