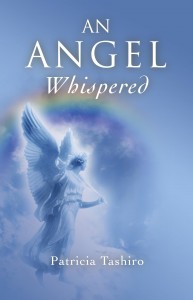 “But how can I be happy, when life is so unfair?
When others do wrong, it’s more than I can bear.

I know you may think what they did is a shame.
And now you feel miserable, so they are to blame.

But let me tell you a secret, that is really true,
The way that you feel is solely because of you.

You had a thought they should act a certain way,
But they did something different and you had no say.

So who is to blame for you taking sorrow?
And who is at fault when you seek revenge tomorrow?

Is it the other, who didn’t do as you please?
Or is it you, whose thoughts were diseased?

The other’s capacity you failed to consider.
This was the problem. This made you bitter.

So when you feel you’re starting to sink,
Stop and ask yourself, ‘What did I think?

What did I expect that the other failed to do?’
But don’t examine the other, just look at you.

In one way or another your thoughts were faulty,
This was the problem. This made your tears salty!”

Since I did not know what happiness was or how it was created, mine ebbed and flowed according to what was happening around me. While watching the news, I would become happy with a hopeful story, but then become sad with news of the latest terrorist attack or natural disaster.

In the presence of others, I would feel good when I was around someone who was happy, positive, and treated me well, but then feel badly when someone was angry, sulking, or unkind. My happiness was not my own. For the most part, happiness was something I took from the outside and brought inside.

And so I lived my life thinking that other people and situations had the capacity to make me feel. In the face of injustice or unkindness, I thought whoever had done wrong in my eyes was to blame for my unhappiness. It was the other person who made me feel badly. So, it was news to me to learn that no one had the capacity to make me feel. No one had ever disappointed, insulted, or hurt me. Nor had anyone ever made me angry. When I first heard this I thought, “If you think that’s true then you haven’t been watching very closely!”

But I soon learned, as cognitive and positive psychologists also assert, that we feel according to the thoughts we have. We only feel disappointed, insulted, hurt, or angry when someone has not done as we wished. We had a thought – an expectation or desire – that someone should act a certain way, and he or she failed to do so. This is what made us lose our happiness – our expectation – not what the other person actually said or did. And so we live our lives expecting people to sustain us by acting according to how we need them to act so we can be happy. And when they do not, we lose our happiness.

My teacher has said, “It’s as if we ask an apple merchant for oranges. And then when we’re given apples, we’re upset. But people don’t always have what we’re looking for. If they could have given us what we wanted, they would have done so, but they just didn’t have it to give. So don’t ask people to give you love, if they have had a life that has filled them with anger. They don’t have any love to give. They would give it to you if they could, but they just can’t. Instead, take responsibility for yourself and don’t blame others for not giving you what you wanted. Recognize you misjudged their capacity and learn to give yourself what you require.”

This gem of wisdom has restored my happiness on countless occasions. Whenever I lose my happiness and think someone else was to blame, I ask myself, “What was I looking to take – love, respect, appreciation, or regard – that the other failed to give me?”

As soon as I know the answer, I take responsibility for myself. Why was I asking someone else to give me something that I need to learn to give myself? Then I internally thank the other for not giving me what I wanted, as that person is teaching me how to generate true happiness, which comes from within, rather than taking it from the outside.

This means, of course, that we have to be able to create the “right” thoughts in all circumstances with all people, if we are to sustain our own happiness. We need to embrace a new way of thinking about anything – be it death, injustice, or God – that has the capacity to take away our happiness.

“I’ve learned from experience that the greater part of our happiness or misery depends on our dispositions and not on our circumstances.” Martha Washington

******
Patricia Tashiro has a Masters Degree in International Relations and has come to believe while studying with Gizi Pruthi at The Brahma Kumaris World Spiritual University (www.bkwsu.org) that peace, love, and happiness will only come in the world when we find it within. In light of this, she wrote An Angel Whispered, which highlights some of the key points of wisdom shared by Giziben – “the angel who whispered”.