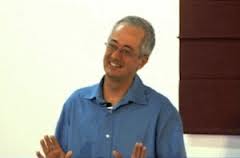 The teacher-monk had finally reached the end of his tether and the young novice had been disciplined to go to the grand masters chambers’. He would not listen – he would just stare out the window and daydream. When asked a direct question, his normal reply was, ‘dunno, don’t care’. Exasperated the teacher-monk could no longer tolerate such insolence and no manner of discipline or cajoling had the affect of changing the boy’s attitude.

‘Go! Go to the grand master’s chambers immediately, young man, then explain to him why you are such an insolent young student.’

Then, as he was about to open the door to exit the classroom he turned around in a fury and yelled at his classmates. ‘You are all deceived,’ he said, ‘I don’t need any of this so-called education. I’m going to ‘make it big’ one day, you’ll see. I’ll be wearing fancy clothes and living in a mansion while you all will be bowing and scrapping to some boss or master for your meager weekly pay. Just you wait and see.’ Whereby he slammed the door on his way out and down to the grandmaster’s chamber.

As the young novice walked into the room of the grand master he noticed that it contained only the rudiments of a workable office. Positioned in the centre of the room was a simple desk with a few papers on it. An upright chair with no cushioning or comfort stood behind the desk. To the side of the room stood a large bookshelf with over five levels and many books too numerous to count.

After what seemed an eternal moment, the master cast his eyes upon the novice standing before him, his gaze stern yet gentle and full of understanding.
‘Go over to that bookcase young man,’ said the master and take out the book on the second tier the third one from the end,’ as he pointed in the general direction of his request.

‘What is the title of the book?’ asked the master.

Only with difficulty could the novice make out the ancient script of the title, yet after a stammer or two he managed to say, ‘The Odyssey’.

‘Here, give it to me,’ said the master as he began to flick through some of the pages until he found the page he was looking for – then he began to read.

“As he spoke a sea broke over him with such terrific fury that the raft reeled again, and he was carried overboard a long way off. He let go the helm, and the force of the hurricane was so great that it broke the mast halfway up, and both sail and yard went into the sea. For a long time Ulysses was under the water, and it was all he could do to rise to the surface again, for the clothes Calypso had given him weighed him down; but at last he got his head above water and spat out the bitter brine that was running down his face in streams. In spite of all this, however, he did not lose sight of his raft, but swam as fast as he could towards it, got hold of it and climbed on board again so as to escape drowning. The sea took the raft and tossed it about as Autumn winds swirl thistledown round and round upon a road. It was as though South, North, East and West winds were all playing battledore and shuttlecock with it at once.”

The master, having read this passage, now closed the book and placed it to the side of his desk.

‘Young novice, why did I read you this story?’ asked the master.

‘I don’t know master, but it certainly was a grand tale of struggle.’

‘Yes it was, but it is much more than that. Did you not sense yourself as the great Ulysses struggling through the tempest? You felt as if you were actually there did you not? Irrespective of the fact that this epic was written of an odyssey many centuries ago.’

“Yes master, it did feel as if I was actually there and I was, for just a moment, the great hero Ulysses.’

‘Well my son, this is a skill called radiant writing. It is as if the words on the page excite each of our five, and even six, senses. We can see, feel, smell and even touch the story so that it seems as if we were actually there.’

‘Yes I understand now master it was a grand story, but what does this have to do with me?’ 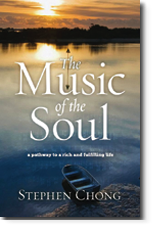 ‘My son, could you imagine how it would be if you could write like this! Can you envisage telling your story – like that of Ulysses – in such a form of radiant writing that would ignite the imagination of every reader of your tome?’

‘But master, I’m not Ulysses and I’m not a hero. I’m a poor farmers’ son sent here to the monastery to learn my lessons.’

‘But you are so wrong young man. Yours will be a grand tale for the telling to many. How you have overcome your challenges, faced your demons and struggled through the tempests of life. To the contrary young man, yours is a tale that must be told. Yet how will you do the telling if you do not learn the skills of writing? How will people know of your story if you cannot place the words radiantly to paper?’

At these sage words the young man began to cry, great tears of release came sobbing to his eyes and heaving upon his breast.
‘Come young man,’ said the master as he moved to place a comforting hand upon the boy’s shoulder. ‘Go back to your classroom now and give the best that your mind can offer to the lessons that are at hand.’

by Stephen Paul Chong M.Ed. Author of: The Music of the Soul: A pathway to a rich and fulfilling life* and Letters Across Time: A journey of Enlightenment*

* The ‘duck story’ from these two books is currently being written into screenplay for film adaptation.