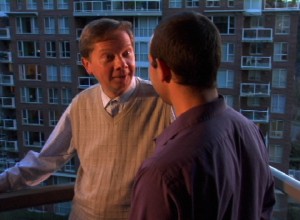 At the age of 23, actor Sean A. Mulvihill created, co-produced, co-wrote, and starred in “Living Luminaries: On the Serious
Business of Happiness”, a feature film starring Eckhart Tolle, Marianne Williamson, Michael Beckwith, and Don Miguel Ruiz. In an upcoming teleseminar he is hosting, he is going to let you in on the secrets
he used to create his project and procure over $750,000 in funding for his unique film, which has sold over 75,000 DVD copies internationally to date.

In this 4-hour workshop he will:

It will also touch on key film school topics including:

– Do I need a script?
– The importance of budgets
– Fundraising strategies
– Essential legal issues

And you’ll develop your own strategies for:

– Navigating egos
– Holding your vision in the midst of chaos
– Marketing, Distribution, and Sales
– How to ACTUALLY make money doing what you love

Don’t miss out on real-life, practical strategies from that could take you from an entertainment idea to a fully-produced reality!

Participants on July 13, 2013, 6-10 P.M. will be able to ask questions on this LIVE Teleseminar with Sean A. Mulvihill You’ll be able to follow along with a Word Doc he will email you in order to start creating your project right during the workshop! After the event, you’ll also be able to dowload an mp3 of the seminar at no additional charge

For more information on how to register for the event, please visit

This web site also contains a video where Sean talks about how he quit his job and started to live off his credit cards in order to do what he really loved and make his Living Luminaries movie, which eventually sold over 75,000 DVDS…To watch Sean talk about how and why he did this, you can visit: