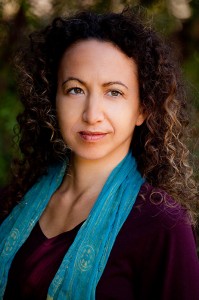 Being creative can lead to awakening. It sounds odd, I know, because anyone on the spiritual path has heard that if you want to become enlightened or awake from suffering, meditation is necessary. That is, you must practice Raja yoga, the method of focusing on a chosen object thereby controlling emotions and mental noise. At the very least, you should practice Karma yoga, the yoga of service to the world, or Bhakti yoga, the yoga of devotion. These ancient practices have led to self-realization for many spiritual masters and teachers. In fact, all of the yogas including Hatha yoga – the practice of balancing the mind and body through various physical poses, Jhana yoga – the yoga of cultivating wisdom, and Mantra yoga – the yoga of chanting spiritual words or phrases are meant to lead to awakening and liberation.

The word yoga is derived from the Sanskrit root yuj, which means “to yoke” or “to unite”. Essentially, yoga means to join the human soul with supreme consciousness, or simply put, to unite human and divine. Like yoga, creativity is a union of personal and transpersonal aspects of oneself. To bring something out of the realm of what does not exist into the realm of what does exist requires a union of opposites. Known and unknown, fullness and nothingness, conscious and unconscious, male and female, human and divine must become one in order to produce the creative third. In fact, any method of making art – writing, dancing, composing music, painting, sculpting, or story-telling- is a form of yoga too.

The yoga of creativity is the art of developing a relationship with and trusting the unknown. It is cultivating an inner state similar to that of the famous cinematographer, Ingmar Bergman, whenever he conceived of a new film. “It is a mental state,” he said, “abounding in fertile associations and images. Most of all, it is a brightly colored thread sticking out of the dark sack of the unconscious. If I begin to wind up this thread, and do it carefully, a complete film will emerge.”

The state of mind that Bergman describes is like sitting on the shoreline within. Imagine the shoreline, the place where the ocean and the land merge, as a symbol for where the unconscious and conscious minds come together or where unknown and known meet. This is where awareness can rest while a creative endeavor unfolds. To cultivate this state of mind, that is to reach the inner shoreline, the artist becomes receptive and listens for the intelligent unfolding of the creative process. As inspiration appears, there may be a feeling of uneasiness and awkwardness because it is risky to follow the unknown. The artist never knows what will happen. Yet, by doing so, he or she becomes a vessel through which the divine can flow. The intelligence of the transpersonal becomes one with the personal, allowing what is new to unfold from the dark into the light of the world.

If the flow of creativity feels far away, start by choosing a beginning point: a word, a brushstroke, a dance posture. Then let the creative process unfold from there. Even if the creative flow is barely present, the artist only needs two things: a starting point and attention. In writing, for example, one image combined with attention brings another image into being. While the hand moves across the page, another part of the writer keeps attention inward and listens. The creative process continues as the writer follows hints of guidance from within and pulls on the brightly colored thread. Although it feels uncertain, trust deepens by recognizing that each inner impulse followed is important and necessary to receive the next piece of creative direction. Little by little trust in the unknown strengthens by listening and continuing to follow what the creative process is asking for. The yoga of creativity requires a letting go of the ego, giving up any plan or agenda that the mind might make up, and surrendering to the natural rhythm that is occurring within. 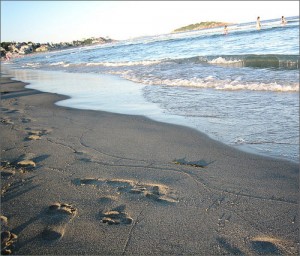 Just like all yogic disciplines, a practice of creativity has certain spiritual guidelines so that wisdom and purification of the mind can be reached. Giving non-judgmental expression to whatever arises, allowing anything at all to surface within, and becoming a witness to the inner experience are three pillars to a strong, spiritual practice of creativity. While practicing Hatha yoga, for example, students are often instructed to keep attention on the breath while the body stretches out in Adho Mukha Svanasana, or Downward-Facing Dog. Similarly, in creativity, attention remains on the inner world while another part of the individual gives non-judgmental expression to whatever surfaces inside. Allowing anything at all to arise softens a judging mind, frees the creative process, and widens the boundaries of the limited ego. As inner experiences unfold and the practice of creativity deepens, the artist learns to become a witness to the inner world versus being identified or attached to any part of it. As a result, the inner world rises up freely and effortlessly while the artist expresses the fullness that passes through her.

Of course, there is reason why some yogis would resist this kind of practice. They may know intuitively that it will lead to a dialogue with darkness. All the parts of oneself considered worthless or distasteful hide behind the wall of the ego and get buried in the dark. Opening up to whatever arises in creativity can lead to facing what was buried long ago. Like Raja yoga, which challenges the mind with concentration, leading to inner states of discomfort, the yoga of creativity challenges the individual sense of self by allowing all inner experiences to arise, no matter how distasteful they are to the ego. The word “allow” could be broken down to “all” and “ow”, meaning to receive all including the ow – including what is painful, what is unsettling, and what hurts. The creativity of one’s life embraces all experiences: good and bad, pleasurable and painful, joyful and mournful. Suffering at its deepest level comes from resisting or pushing parts of life (and parts of the self) away. Reversely, allowing anything to arise can lead to incredible healing, wholeness, and union.

These are a few of the benefits to a spiritual practice of creativity, simply another name for Tantra. Often when people hear or read Tantra, they think of sexuality. Sex can be a means to practice Tantra, though the yogic practice itself is not so much concerned with sexuality as it is with the creative force. The word “Tantra” comes from the two Sanskrit words “tanoti”, which means expansion, and “trayati”, which means liberation. Tantra yoga attempts to expand awareness to include all opposing aspects of oneself, such as male and female, dark and light, pleasurable and painful, thereby awakening to the wholeness of the universe as a creative expression of the supreme being.

This deep practice, call it Creativity or Tantra, can lead to awakening, as I mentioned at the start. By awakening, I mean dropping one’s belief in a separate self or ego. The continued practice of being a non-judgmental witness to all of life’s experiences lays the foundation for union with the divine and self-realization. Being aware of experience versus identified with it leads to recognizing that all of form is temporary, simply appearing and disappearing, and pointing to a single source before and beyond reality. Just as in creativity where something emerges from nothing, all worlds of form, are the creative expression of a supreme being. Awakening to this truth can release the belief in being separate from the whole and lead to the eternal union of human and divine.

Adriana Attento, MA is an advocate for developing a spiritual practice of creativity. She has a Master’s degree in Depth Psychology and is the author of A Holy Nothingness: Writing Towards God. In March 2013, join Adriana and others in a 5-day meditation and creativity retreat on the island of Hawaii. (Register today and
save $100!) Get details at www.CreationMeditation.com/HawaiiRetreat or contact adriana@CreationMeditation.com