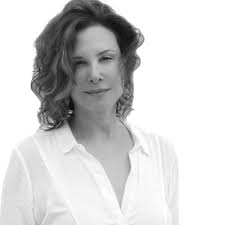 A few weeks after my brother Billy died, he woke me at dawn to let me know he was blissfully floating through the galaxies. That first visit led me on a profound journey through the mysteries of the world beyond this one.
Several months into our adventure, Billy described the holographic experience of reviewing his life:

“After our last visit, I was drifting through the Universe, taking in the sights, when a cosmic wind began to circle me like a slow tornado. This wind contained some kind of magnetic force because white crystals gathered around its edges like snowflakes on a car windshield. When the whirling stopped, the crystals had formed a ring around me. This ring seemed to be about thirty yards from me. I say “seemed” because there’s no way to measure real distance. It could actually be light years away.

Then, it was like someone pressed the start button on a cosmic projector and the ring became a circular movie around me. It’s very different from any film I’d seen in a theater, though. First of all, I’m suspended in the middle of the Universe, and second, the entire movie is playing all at once and the images are holographic.
There are an uncountable number of multi-dimensional, true-to-life, images circling me: a baby screaming in his crib; a dark curly haired six-year-old leaping from rooftop to rooftop while his mother yells at him from the sidewalk; a teenager in black jeans with a cord wrapped around his arm; a guy in a suit kissing a gorgeous blond in a wedding chapel in Las Vegas. It doesn’t take long to recognize that I am the star.

When we’re alive, there’s something inside us, a sort of cosmic computer chip, that records everything we go through. Right now, I’m watching my whole life from my birth to my death. I’m looking here, looking there, fast-forwarding, rewinding, zooming in and out. I see the paths I took, and the ones I didn’t. I see where my genius was, and where I might have done better. I don’t feel moralistic or judgmental about any of it, though. It all just seems interesting.

What’s really great is that this hologram has a very special feature. You know how you sometimes think to yourself, “What if?” For example, when I was alive I often wondered, ”What if I had married my first love?” or “What if I had done well in school?”

Well, guess what? My hologram is expandable. I can live out the life those “what ifs” would have brought me to. I can follow all the different paths I didn’t take when I was alive and see how they would have turned out. What’s surprising, though, is that it doesn’t seem like one way is more valuable than any other. I don’t have a preference. It’s all fascinating, and I have no regrets.

I know that must seem strange. I did a lot of things that most people would call mistakes, big mistakes. But the way I look at it, I had a great life. It was all great, even the hard parts. Of course, I didn’t see my life that way when I was alive. My new viewpoint takes the difficulty, the struggling feeling, out of it all. That’s because even though I’m very much aware that it’s me up on the cosmic screen, I’m watching it from a distance, so all the ups and downs, all the dramas, seem like they’re happening to someone else.

It’s funny. They say there’s Judgment Day after you die, but actually the opposite is true. There’s No-Judgment Day. Viewing my life has become surprisingly enjoyable because I have an absolute acceptance of myself and everything I’ve done. It would have been nice if I’d been able to have this attitude when I was alive, but I guess I wasn’t that advanced. You’d have to be like the Buddha to be that advanced. Everything looks so much better now than it did then. It’s like I‘m on some kind of drug. It’s not like any drug I’ve ever taken, though. It’s very pure and much more wonderful and there are no side effects. Oh, and it’s not illegal (laughs). 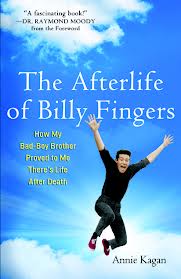 I think this so-called drug is really the Divine Presence and its immediate relatives, those Higher Beings. Why do I say this? Because at this point there’s no question in my mind that there are Beings in the atmosphere around me: wise, kind, super-evolved Beings whose loving custody I’m now in. And remember, when you think about love you’re using your human mind. There’s no comparison to the actual over-the-top nature of this love.
I guess when you receive real love, when someone loves you unconditionally, I guess you begin to feel that way towards yourself. Unconditional.”

###
This article is excerpted from The Afterlife of Billy Fingers: How My Bad Boy Brother Proved to Me There’s Life After Death by Annie Kagan © 2013 Hampton Roads Publishing, distributed by Red Wheel/Weiser. Available at Amazon and B&N.com.

Dr. Annie Kagan is a former New York City based chiropractor and singer/songwriter. In the late 90’s she left her hectic city life, and moved to a small house by the bay. While trying to figure out what to do with the next chapter of her life, her brother Billy died unexpectedly and began speaking to her about the afterlife. This profound experience took her on a journey that changed the way she thought about life, death, and the universe and resulted in her debut book “The Afterlife of Billy Fingers: How My Bad Boy Brother Proved to Me There’s Life After Death,” being released by Hampton Roads in March 2013. http://www.afterlifeofbillyfingers.com/