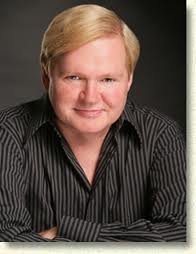 Gary R. Renard is the best-selling author of The Disappearance of the Universe and Your Immortal Reality. He became a successful professional guitar player, but during the harmonic convergence of 1987, he heard a Calling and began to take his life in a different direction. At the beginning of the 1990’s, he moved to Maine, where he underwent a powerful spiritual awakening. As instructed, he slowly and carefully wrote Disappearance over a period of nine years. In the fall of 2003, after much encouragement from other speakers and students, Gary began to present talks and workshops in public. His speaking career took off remarkably fast, and today he lectures internationally.

Combining a disarming sense of humor with radical, cutting-edge metaphysical information and experiential exercises, this acclaimed teacher of A Course in Miracles has been described as one of the most interesting and courageous spiritual speakers in the world. Over the past eight years, he has spoken in 43 states, 23 countries, and was the keynote speaker at several International A Course in Miracles Conferences.

I recently had a chance to interview Gary. During our conversation, he talked about:

You can download an MP3 of this interview by clicking the link below:

Below is a transcription of one of my favorite parts of our conversation when Gary told me:

“When you do get out there and things do start to go down the tubes and everything seems to be getting pretty ugly and you feel affected by it, well that’s the red flag that you want to look out for…When you are feeling affected in a negative way, you are a little annoyed or fearful, or a little angry at that person…When you start feeling those negative emotions, that’s what you want to be looking out for…

All you need to do is forgive those negative things that are coming up because that is where your unconscious guilt is coming to the surface. It’s coming to the surface because it’s needing the conscious….What you want to do is notice when you feel those negative emotions. That’s the red flag. And, when it starts to happen you gotta catch yourself. You gotta STOP thinking with the ego because that’s the ego. You know the Holy Spirit is not going to make you feel bad. The Holy Spirit leads you to peace and it’s a good feeling.”

Gary has 3 upcoming events with Miracle Promotions that you can attend at:

For more information about the events, please visit http://www.miraclepromotions.com/