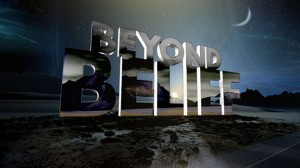 Beyond Belief will now air on OWN, which is owned by Oprah Winfrey and Discovery Communications.

It is an hour-long television series that will debut Tuesday, January 24 at 10 PM, and will be hosted by author Wes Moore. Moore will be joined by ABC News correspondents Elizabeth Vargas, Bob Woodruff, Jay Schadler, Bill Weir and JuJu Chang.

Beyond Belief: The Miracle Mysteries was on ABC’s Primetime Nightline over the summer. “Nightline’s executive producer Jeanmarie Condon described the show by explaining:

“Sometimes the most interesting trips are the ones that take you places you never thought you’d go. These are mysteries in the most profound sense…Stories that defy proof and perception are the ultimate adventure – and perfect for summer – to kick off our 13 specials.”

One episode featured people from around the world who believe the Virgin Mary has appeared and communicated with them.  Another episode featured psychic phenomenon and on the July 20 episode, Bob Woodruff tried to unlock the mysteries of what he remembered in the terrible minutes after his vehicle hit an improvised explosive device and he saw his body floating below in a kind of whiteness. He spoke with others who report the same type of out-of-body experience and with theologians, preachers, neurologists, psychologists and anthropologists for “The Other Side.”