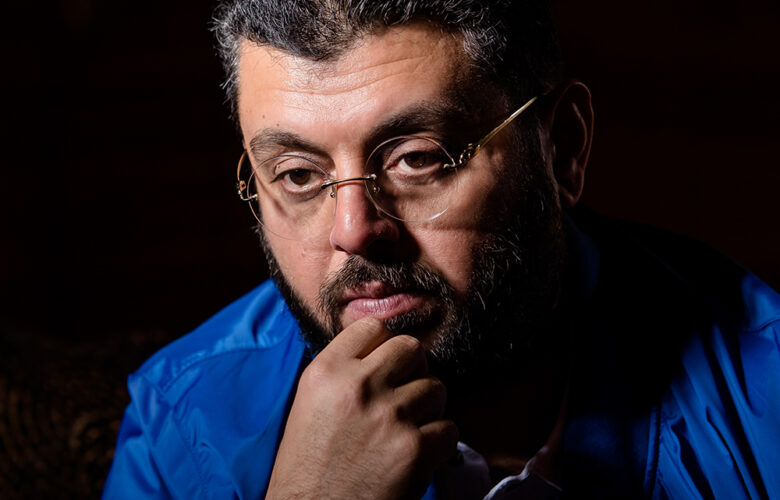 By Hasan Abdullah Ismaik, author of The Power of Positive Thinking

After our decades of public service, the first president of the United States of America used his Farewell Address to summarize the importance of religion on personal and national morality.

“Of all the dispositions and habits which lead to political prosperity,” George Washington told the young nation, “religion and morality are indispensable supports. In vain would that man claim the tribute of patriotism who should labor to subvert these great pillars of human happiness, these firmest props of the duties of men and citizens. The mere politician, equally with the pious man, ought to respect and to cherish them. A volume could not trace all their connections with private and public felicity. Let it simply be asked: Where is the security for property, for reputation, for life, if the sense of religious obligation desert the oaths, which are the instruments of investigation in courts of justice? And let us with caution indulge the supposition that morality can be maintained without religion. Whatever may be conceded to the influence of refined education on minds of peculiar structure, reason and experience both forbid us to expect that national morality can prevail in exclusion of religious principle.”

Religion and the preservation of its freedom was so integral to national morality that George Washington personally assured a group concerned that freedom of religion was not included in the original constitution (it would become the first amendment added to it) that he would never have signed the document if he thought it would endanger the rights of any religious group.

Since our first conscious existence on this earth until today, man- kind has lived religiously. With our consciousness in the experience progressing from partial sensory simplification to complete spiritual abstraction, religious affiliation has been a major component of our individual and collective identity. Religion’s faith-based and behavioral nature not only means we share our beliefs with others, but that we are members of a comprehensive culture, especially if we belong to one of the Abrahamic religions, which are members of one family with shared or very similar rituals, writings, prophets, holy days, places of gathering, and, most importantly, common origin, our master Abraham, peace be upon him.

The holy books of the three Abrahamic religions are a blessing and a light from God Almighty from his messengers. As is written in the Quran: “And thus have We, by Our Command, sent inspiration to thee: thou knewest not (before) what was Revelation, and what was Faith; but We have made the (Quran) a Light, wherewith We guide such of Our servants as We will; and verily thou dost guide (men) to the Straight Way.” (Ash-Shura: 52).

These holy books introduce us to God, show us His greatness and power, and explain what He desires from His creation. Their call is universal, not limited to a people or a nation, and their miraculousness is not limited by time or affected by place. Their unifying message support the same basic truth: the oneness of God Almighty.

Science itself, invoked by many as a reason to reject religion, has shown through research the benefits of religion as an antidote to social diseases such as racism, violence, crime, depression, ad- diction, suicide, and family disintegration. Religious faith plays an enormous role in confronting them all, either directly by for- bidding negative behavior or indirectly by encouraging positive behavior and thinking that engenders happiness, tranquility, surrender, calm, and balance.

Moreover, scientific research has proven the role faith and religiosity play in resisting physiological diseases, improving the chances of recovery and healing, and increasing the overall physical health of individuals. This helps explain the experiences of those who have reached the brink of death due to a terminal illness only to recover after doctors unanimously agreed on the impossibility of survival.

Religion also frees us from the existential emptiness that other- wise rules the material dimension and can kill the soul long before death claims the body. Although many claim atheism is a rational position based on the argument of realistic experience and clear logic, it is actually derived from the denial of the spiritual bonded within the very structure and essence of human nature. Atheism preys on existential anxiety that deprives us of reconciliation with our past, acceptance of our present, and confidence in our future.

Reason and spirituality are the entwined elements that distinguish human beings from other living creatures, fueling our ability to explore the meaning an purpose of life—not only in terms of its ephemeral existence but the soul’s continuity and infinity beyond corporal death.

As for the existential questions that have always haunted man- kind throughout the ages, only religion satisfies our hunger for knowledge of the eternal, longing for the sacred, and salvation from sin and impurity that neither human sciences nor arts have been able to achieve.

Religion is the lens through which we interpret the phenomena of existence, its determinants, and aftermath. Through its teachings, we understand life experiences and how to respond to them. We derive a sense of meaning and purpose, are filled with strength to deal with adversity and hardship, and made capable of the love to help others in need of our support. For our faith in God fills us with light, tranquility, and peace. And the more our faith increases and our trust in God deepens in His wisdom and justice, the more the bitterness of life turns into sweetness, its weariness into respite, and its hardships into a driving force that urges us to continue and thrive.

Religions, especially the Abrahamic ones, ascend the believer to- wards higher spiritual spaces to elevate the value of his existence through three points. The first is the acknowledgment and con- tentment that the heavenly laws encourage when they emphasize belief in God’s will, decree, and destiny. The second relates to the nature of the individual’s connection with God, the connection of the relative with the Absolute, the limited with the unlimited, and the finite with the infinite. The third is that “real” life is the life after death and that what comes before it is but a temporary passage for testing and experience.

Exploiters use belief in God as a tool to control people, and use their money or an opium to numb them. Religion has nothing to do with these claimants and exploiters, just as the wolf had nothing to do with the prophet Yusuf (Joseph), peace be upon him. Indeed, every religious reform movement has arisen in protest against those who abused faith to serve their own purposes, even if they were from the clergy themselves. This is what happened in Europe during three modern reform centuries, and this is what is happening today in our Arab and Islamic worlds. We can only hope that it continues and grows until the religion returns as pure and refined as it began.

As for those afflicted with confusion and doubt, let them find solace in God’s words:

j Hebrew Bible: “Many are the torments of the wicked, but he who trusts in God shall be surrounded with favor.” (Psalms 32:10).

i Quran: “When My servants ask thee concerning Me, I am indeed close (to them): I listen to the prayer of every suppliant when he calleth on Me: Let them also, with a will, listen to My call, and believe in Me: That they may walk in the right way.” (Al-Baqara: 186).

c New King James Version Bible: “Though now you do not see Him, yet believing, you rejoice with joy inexpressible and full of glory, receiving the end of your faith—the salvation of your souls.” (1 Peter 1:8-9).

This book is an open invitation to the followers of the three religions of our master Abraham to renew our understanding of life;

find purpose in our presence in it; renounce, forgive, and forget its bitter grudges and deep divisions; and look to the future with confidence and reassurance. The unity of their teachings is stronger than the disunity that separates us. 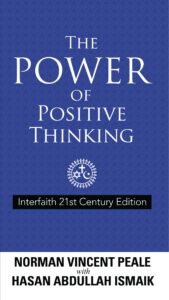 After all, if peace is the responsibility of mankind, then the followers of the Abrahamic religions are the first to bear this obligation since their prophets are messengers of peace and love and their brotherhood is one of peace and love. The time has come for all Christians, Jews, and Muslims to put their faith into practice and join together in building a future that fulfills the divine messages contained in their holy books.

Hasan Abdullah Ismaik is an Arab entrepreneur, writer, and thinker dedicated to spreading philosophical culture and developing Arab rational discourse. A Jordanian of Palestinian heritage who resides in Abu Dhabi, United Arab Emirates, Mr. Ismaik chairs the investment firms Marya Group and First Capital Group Holding. His humanitarian interests include promoting harmony between the East and West; supporting religious discourse and tolerance; elevating the understanding of Islamic philosophy and heritage; working for international cooperation, conflict resolution, and stability in the Middle East; and, especially, fostering the social and economic welfare of the young. In doing so, Mr. Ismaik seeks to achieve a spiritual rapprochement that strengthens the bonds of love and understanding between believers in the East and West.