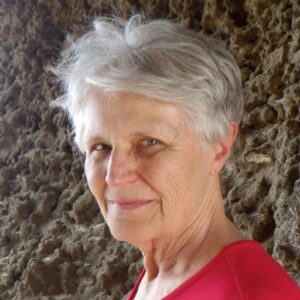 What makes you believe that the human race and the planet are racing towards destruction? We’ve had pandemics, wars, famine, etc. before and we still survived.

We should not fail to notice that we are living in a time like no other. Nothing that has happened “before” is happening on a scale that we can even begin to call “normal.” Catastrophic climate change is raging around the globe, and the UN Secretary General recently stated that “We are in the fight of our lives, and we are losing.” Climate chaos is dramatically affecting food production, the proliferation of pandemics, and yes, evoking wars over resources such as food, water, minerals and forcing millions of people to relocate around the planet. What we are seeing is truly unprecedented in terms of its scope and severity.

If you believe that industrialism and technology are destroying the earth then is the prescription to go back to an agricultural society? 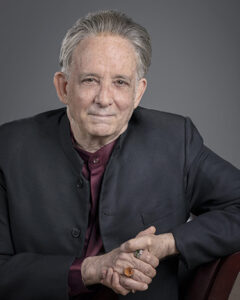 It is impossible to go back to an agricultural society, and we are not suggesting this as an option. What we are suggesting is that we develop economies and communities based on cooperating with ecosystems and the land on which they are located.

You lay part of the blame for our current problems on Donald Trump.  Why?

Trump is not the cause of the global dark night, but he is someone whose narcissistic greed and voracious quest for power and control exemplifies the mindset and behavior that have created it.

American’s natural proclivity towards hope and optimism has led to a can-do spirit.  If we focus on the darkness, don’t we succumb to all the negative forces?

Our work has always been about helping humanity face its shadow and mine the gold that is within the shadow. This does not mean succumbing to negative forces, but rather using aspects of them to advance our healing. If we do not face the darkness, we live in denial and deprive ourselves of the very energy that can help us heal.

Why are negative emotions such as fear, anger, grief, and despair, as long as they are mindfully experienced, a good thing?

When we allow ourselves to grieve, not only do we experience healing and release, but one’s capacity for experiencing joy is actually deepened through the grieving process.

Authentic hope is key, not lazy hope.  Can you explain?

It is not enough to just hope. Our work as awake humans is to respond to our predicament with action and service—to be a loving, compassionate, yet fierce, presence in a world that is increasingly falling apart. This takes enormous courage, creativity, and commitment.

What do you mean by “Radical Regeneration”?

“Radical Regeneration” means that the global crisis is not asking us to simply “make things better” or invent new ways of living. It is demanding that we surrender to a transformation so radical that we become a new variety of the human species.

What do you mean by “birthing the new human”?

Humanity is currently experiencing a planetary rite of passage. By working with, rather than resisting this process, we have the opportunity to birth an entirely new humanity.

Why did you write Return To Joy and how is that related to the global crisis?

It differentiates between happiness and joy in a world that has confused the two. Happiness is circumstantial and comes and goes depending on life events. Joy is the true nature of reality at the core of our being. Joy is deepened and embodied as we focus on meaning and purpose.

Where do animals fit in to the global crisis?

Animals are the most innocent and vulnerable victims of humanity’s plunder of our planet. Saving Animals from Ourselves focuses on our own animal nature and what our animal siblings can teach us about ourselves and the ecosystems as we navigate humanity’s rite of passage.

You wrote the last book in the quartet, Radical Regeneration, during the global pandemic. How did that influence your writing?

It was enormously influenced by the pandemic which caused us to deeply contemplate the potential extinction of our species and how the pandemic was a pivotal aspect of humanity’s rite of passage. 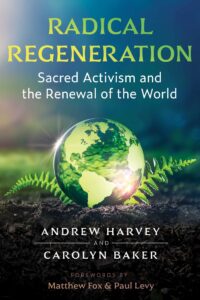 You are both “gay elders” and in fact have a short series on YouTube called “Elderspeak.” How is your background as gay elders relevant to your books?

Radical Regeneration is undaunted and emboldened. As we stepped further into elderhood, we became less concerned with acquiescence and more pre-occupied with speaking our truth. Our life experiences have imbued us with the courage to move beyond the constraints of asking for either permission or forgiveness.

Sacred activism is a marriage of spirituality and activism. Without a spiritual path, the activist may become egotistical and devoid of inspiration, resulting in burnout and despair. Without a passion for healing a broken world, an individual who follows only their spiritual path may become isolated and ultimately irrelevant. Sacred Activism seeks to integrate devotion to something greater than oneself with the need to make a difference in the world.