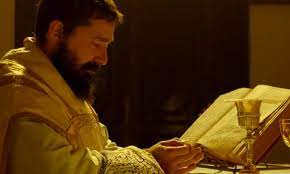 The film stars Shia LaBeouf. In a series of synchronistic events leading up to starring in the movie, Shia LaBeouf had an authentic spiritual transformation. In the interview below with Bishop Barron Shia talks about

– Shia’s time with the Capuchin friars