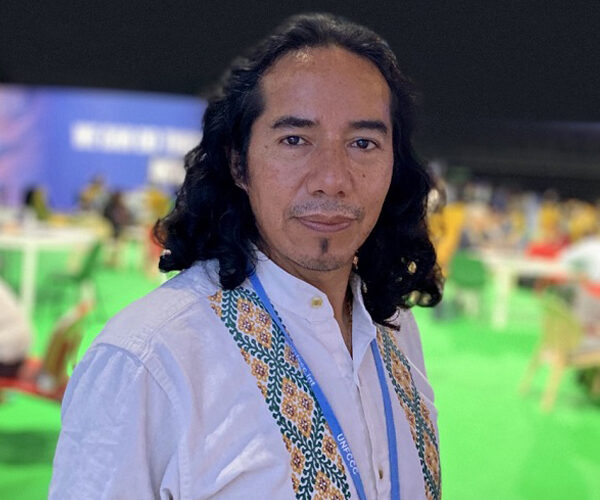 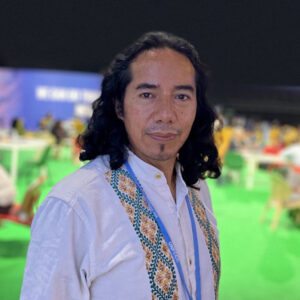 At the beginning of time, billions of years ago, all was darkness. Then light emerged, and where all was silence, sound broke through. Galaxies multiplied. Stars and solar systems were created and destroyed. Over 4,000 million years, this planet has become an astoundingly complex and vibrant body. Volcanic activity beneath the oceans formed supercontinents, rifts, tectonic plates, and continental masses. These spread apart and collided, submerged, and re-emerged. In more recent times, all sorts of organic forms have appeared, co-existed, and disappeared.

Some creation stories agree with the scientists that it all began with nothing, a vast, empty space with no sound or light or being. Such is the case of the Popol Vuh [The Book of Counsel] that comes from the K’iche-Maya peoples in Guatemala. They believe conscious beings from some other realm arrived to carry out different trials to create a world of creatures that would acknowledge and respect them.

Other creation stories start with a tumultuous world of monsters with massive strength and no sense of purpose. A mother attempts to appease them with the help of her twin sons that she conceives with the Sun. A variation of this second story focuses on one of the monsters and the way in which the twin sons, two Quetzalcoatl serpents, transform the body of the monster, a Caiman, into a world with mountains, caves, water, and a starry sky.

In this story, along with the Caiman’s body, there is a turtle that floats in the sea. The Haudenosaunee, the Otomi-Toltec, and the Maya consider this the ultimate motherland and home where the first fire was lit and the first seeds were grown. Among the Mapuche in South America, the twin serpents—Treng Treng Vilu and Caicai Vilu—have antagonistic forces; one works with the mountains, raising them at will, and the other works with the ocean waters. The two maintain a balance that can be broken with the slightest breaching of their mutual covenant.

The Otomi-Toltec carved the enormous basaltic Stone of the Sun (Piedra del Sol) to tell of the times lived and predict the times to come; the stone’s resistance to the passing of ages shows how important it was for ancestors to mark the closing and opening of cycles. The stone identifies 2012 as the closing of a 5,200-year cycle, the last fifth of a 26,000-year cycle, whereby a new cycle begins on Year One Flint. The flint is the birthing element of Ehecatl Quetzalcoatl himself, so beginning the cycle on Year One Flint in 2012 has meant, for the Otomi-Toltec, that the dawning of a new Sun has begun under the auspices of Quetzalcoatl.

In these times of transition, humanity will be exposed to the unleashed force of the four sacred elements—fire, air, water, earth—while having the opportunity to evaluate their behavior and refresh their covenant with the ancestors. The ancestors have always worked hard to maintain balance and harmony in the world.

We are the synthesis of all that has ever existed in the universe, our galaxy, our solar system, and in Mother Earth. The huge celestial bodies floating in the cosmic sea are our first ancestors. Equally, mountains, volcanoes, glaciers, and rivers of today are ancient ancestors that are still alive. All the biomass that sank to the sea bottoms and was crushed by the weight of time and rocks has become oil—a special and condensed form of ancestors.

Youngest of all are our ancestors of human origin. These ancestors are said to have come from stars in nearby constellations several million years ago. Oral tradition says that the most recent direct ancestors appeared thirty to twenty-five thousand years ago in Atlantis and Lemuria, two continents now sunken. As Earth’s climate conditions became milder, their societies increased in complexity—but when their continents became unstable, they were forced to migrate, taking with them as much knowledge and technological skill as they could.

Native peoples view the process of evolution as beginning with a first mother or a first couple, the “old father and old mother.” These individuals always maintained a relationship with the stars. They are considered the parents of everything that exists in the world. In my particular lineage—the Otomi-Toltec—this couple is connected to Makih-Mu. They are thought to have come from the Pleiades, in the region of the sky called Yuh-Mu, to populate the continent Mu. There is even a time marked in the original calendar for the celebration of Mu. The celebration keeps us connected to our first mother and father, Makame and Makata.

Ancestors become important in our lives when we understand that they have handed down to us a significant responsibility: to maintain harmony with nature and the cosmos in every act of our lives. In doing this, we keep alive the teachings about the original principles of life in an evolutionary way that honors our cosmogonic interrelation—our connection to the cosmos. 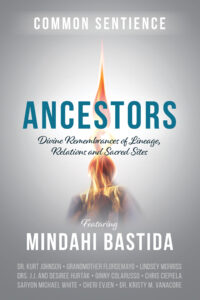 The teachings give us an opportunity to “know” ourselves and to reconnect with everything that exists that is meaningful to us. The connection helps us understand our identity and how sacred life is. It illustrates the importance of recognizing the root of one’s presence in the world. If we know where we come from, we can take responsibility for who we are and we can walk with dignity and care, relating to other beings with wisdom and humbleness.

MINDAHI BASTIDA is the Director of the Original Nations Program of the Fountain, a caretaker of the philosophy and traditions of the Otomi-Toltec peoples, and an Otomi-Toltec Ritual Ceremony Officer. He is a consultant with UNESCO on issues related to sacred sites and bioculture, and has served as Director of the Original Caretakers Program at the Center for Earth Ethics. Mindahi is the author of ANCESTORS: Divine Remembrances of Lineage, Relations and Sacred Sites, the sixth book in the Common Sentience book series. Find out more at https://sacredstories.com/commonsentience-ancestors