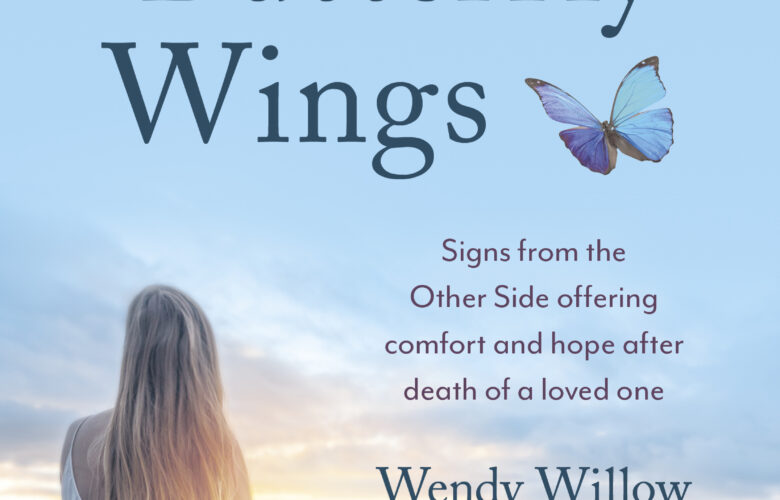 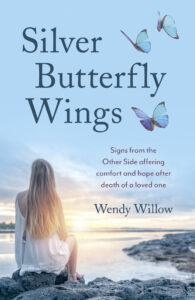 I could feel movement in the air, a gentle brushing against my cheek, like a summer breeze. My eyes instinctively flew to the window, but it was closed; sealed shut in this hospital room, as I knew it would be.

It was subtle, this movement, this change, yet there was no mistake. My skin prickled at this slight, yet sudden shift in energy, as if a hidden signal had been given that something important was about to take place.

I looked at David. He was sleeping peacefully, his chest rising and falling with each breath, yet something was different. The pattern of his breathing, the rhythm was beginning to change.

We had been drifting in a place of hushed quietness, lulled by a lack of activity in our oasis, our safe little space. There was plenty of action in the hallway, but we were removed from that stream of life, as David lay in a coma.

People came and went outside “our” room with schedules to keep, but we had none. We floated as if on a cloud. Clocks ticked away the minutes, but we didn’t notice. In those quiet moments, we had no place to go. There was nowhere we had to be.

For a long time there was only drowsiness, as I sat by his bedside holding on to his hand. It was quiet in the room. The only sounds were the soft hiss of oxygen as it flowed into David’s face mask. He slept peacefully, unmoving, while I spaced out beside him, as if in a dream, for none of this seemed real. I kept hoping he would wake up, look around and say, “Where’s my lunch?” or something of that nature.

But now there was a definite change, a quickening sort of vibration like angel wings stirring the air. It was a little unnerving, as if warning that we were about to be taken to another level. Our peaceful illusion would soon come to an end, as a bold new energy swept in, pushing us forward.

I could sense a hovering, a whirring of wings which made me think of a dozen hummingbirds all gathered around in this room, poised in mid-air as if waiting for instructions from a higher source.

Did I actually see or hear anything? No, it was just a feeling, a sixth sense, an inner knowing, as if Spirit had suddenly entered the room.

It is time now.

Was this David’s Spirit? Hovering over him, quivering, looking down on his earthly body one last time? Or something else?

Earthly time is running out. This is my last link, last bit of precious time both in my body and in the air, as I move away from this Earth and onwards to the Light.

The ripples in the air continued, echoing the breathing of a body growing tired. The rhythm had changed to a shallow, quicker pace, as if wanting to accelerate the process, wanting to get on with this sacred journey.

What could I do? My brain was frozen. It came up with nothing. Besides, nothing made sense anyway. I felt like we were being swept along with this invisible force, like a river flowing to the ocean. The ending was inevitable. He was dying, but I could not accept it.

I knew in my heart I shouldn’t be saying this. I should be letting him go. I should be encouraging him to leave, to go in peace and with love; to have a safe passage. Yet, I could not. I didn’t want him to go!

I swiveled my head around, trying to locate the voice. Where had this come from? There was nothing more, so I turned back to focus once again on my sleeping husband.

“Call A Priest! Call A Priest!” More loudly this time. Where was this coming from? There was nobody about. It must be from inside my head.

“Stop it! Go away!” I commanded, feeling rather annoyed.

I turned my attention back to David. What are you feeling My Love, I murmured, wishing I could take some of his misery away.

He was leaving his body; he needed to let go of it.

His brain meanwhile, was still active, was transmitting his thoughts into mine.

An orderly walked into the room.

“Does he need a diaper change?”

“Excuse me?” I arched one eyebrow and gave him a scathing look. “He is not wearing a diaper,” I informed him in my most haughty tone of voice. The orderly didn’t say anything, so I went on, “my husband hasn’t had anything to eat or drink in the last 24 hours.”

The poor man looked miffed. He was only trying to do his job. And I was being difficult. Well, too bad. So he threw out a warning.

“The nurse will come along shortly to insert a catheter in his bladder.” Over my dead body, I muttered to myself; sorry sweetheart, (to David) bad choice of words.

He left in a huff. I turned to David and whispered in his ear, “you are NOT going to die in a diaper. They are NOT going to traumatize your body with a catheter. I will look after you my sweetheart, don’t you worry.”

Where was that coming from? David? Somebody else?  It was louder now and very insistent. I figured I’d better do something, or it would never go away. The nurses would know how to reach the Father.

I walked over to the nurses’ station and made my request. There had been a Father Somebody, a pleasant, grey-haired gentleman who had been in to see David on occasion, while making his hospital rounds. Even though Mount Sinai is a Jewish Hospital, other faiths were accepted and welcomed.

Nurse made the phone call. I hoped that I had done the right thing. David was raised Catholic, but had not practiced his religion for some time. We had not discussed calling a priest at the end of his life. In fact, we had not discussed much at all. The cold reality that David was going to die was totally unacceptable to both of us.  We could not face it.

David’s brother, Bill walked into the room. I looked up in surprise. “Who called you?”

It was his turn to look surprised. “Nobody,” he answered.

I took Bill outside the room and told him that David had been in a morphine-induced coma since the day before. The shocked look in his eyes didn’t even touch me. I felt nothing. It was only after he’d left that I realized somebody should have called to tell him. But who? David’s boys? Shoot, I hadn’t even called them! My brain, my head, my thoughts were exclusively focused on David. I had nothing left for anyone else. His boys lived far away. By the time they arrived here, it would be too late. How did I know that? I just knew.

Bill didn’t stay long, for which I was grateful. I did not want to converse with anybody. Did not want to make small talk while David lay on the bed, hovering between life and death.

I watched as Bill leaned over the bed rails and whispered something into his brother’s ear. I assume it was words of love and a final good-by. He left the room in tears.

Something shifted inside me. Instinctively, I knew it was time. I had to begin to let David go

Silver Butterfly Wings is A story of transformation, from bitter loss to hope, to life after death.

Silver Butterfly Wings is my story. It’s a story of transformation, of the many paths and decisions I faced while going through the process of grief.

My husband had died and I was utterly shattered; could not imagine a life without him. Then signs from the other side appeared, filling me with hope: flickering lights, hawks flying overhead, our song on the radio, a butterfly’s silvery wings, a hot spot on his side of the bed.

At first I was sceptical. How could my dearly departed be sending signs and messages from across the veil? Over time I learned to trust these signs, these gifts from Spirit. There was a reason I was still here. I was meant to go on, to live my life with passion. I was to figure out who I was becoming in this totally different world and trust that life was taking me where I was meant to be.

In short, I was to transform – like a butterfly.

Silver Butterfly Wings by Wendy Willow is available from www.o-books.com and from wherever books are sold.