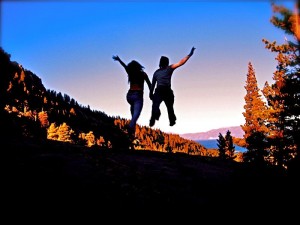 I want to share a weekly inspiration that I recently wrote for ABC’s Good Morning America. Called ‘Schmaltzing my way to God’, this piece speaks to the inextricable linkage between the opening of the heart and the opening of the portal to the Godself. In Soulshaping, I make no distinction between our emotional and spiritual lives, and this piece explores that linkage. In a survivalist world, we all too often mischaracterize the majestic nature of an enheartened path. Thanks to Elizabeth Lesser for her contribution to this piece:

To see the original piece, go to GMA Website

On my spiritual journey, I searched for God everywhere: the yoga studio, the holistic workshop circuit, the shiatsu mat. A well-practiced head tripper, I hunted for God in my thoughts, somehow certain that God would arise in the form of a concept. During my materialistic phases, I imagined God a slick car, large house, a Hugo Boss suit, as though God himself wore Gucci. And for some time, I looked for God on the skyways of self-avoidance, mistaking the short-term benefits of the ungrounded bliss trip for enlightenment itself. I went down this road for some time, seemingly joyous on the outside, but a bubbling cauldron of unresolved feelings and memories in the deep within.

I looked everywhere, but in my heart. Conditioned as an armoured male warrior, it never occurred to me that God could arise through the feeling heart. I had grown up in a warring family, and adapted my consciousness to the battleground before me. Through my well-defended lens, opening my heart was a dangerous path, one that threatened to distract me from my necessary vigilance. When I opened my heart too wide, I was vulnerable to attack from warring factions. When my first intimate relationships threatened to open my heart, I fled them. The closer we got to bridging the heart with the genitals, the faster I ran. With no template to stand in the heart-fire, I preferred the safe confines of my lone wolf lair to the perils of vulnerability.

Consistent with my conditioning, I studied to become a criminal trial lawyer. Shortly after being called to the bar, I delayed the start to my law practice. Something in the deep within had another agenda for my path. As part of my process, I went to the courtroom to watch trials and consider my life’s direction. It was here that the first chinks in my armour appeared. Images of old suffering began to flood my courtroom visits-my mother’s unhappy face, my father’s acts of violence, hiding under my bed while the battles raged. As I sat focused at the back of the courtroom, tears poured out of my eyes and drenched my warrior armour at will. My inner world soon became like a series of beaver dams, each with more painful memories lying in wait behind it. Every time I cleared one dam away, another wave of feeling arose. The heart, it spoke. 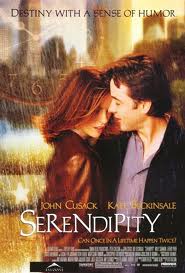 Thereafter, I returned to my habitual range of e-motion, the armoured way of being that I knew so well. But something had shifted. There was a crack in my armour where the heart got through. Oddly enough, the crack revealed itself at the video store where I found myself repeatedly renting sentimental love stories- Serendipity, Out of Africa, Horse Whisperer- in an effort to crack my heart back open. I would lie down on my couch and watch the same schmaltzy film like a mantra, crying a little deeper with each viewing. I dared tell no one, but I loved it.

Oftentimes, my schmaltzy movies took me places well beyond my imaginings. Like a depth charge, they chiselled away at the walls of my emotional holdings, shaking my heart-strings loose. The more I chiselled, the more profound my experience of the moment. As I wept, little doors flung open, inviting me deeper into unity consciousness. As the schmaltz opened the gateway to my heart, the Godself stepped on through, revealing himself a little bit more with every deepening. Sentimentality wasn’t just a release, it was a gateway to divinity. By emptying the vessel, I had unknowingly created space for God to enter. In these moments, I saw no distinction between the emotional and the spiritual bodies. It was all God.

As my spiritual journey unfolded, schmaltzy films became my spiritual practice. An elixir for whatever blocked me, I would creep back to the couch whenever I needed to re-open. When I would come back from a difficult work day, the couch. When I got lost in over-analytic patterns, the couch. When life disappointed me, the couch. Pouring a little schmaltz on my wounds now and then re-started my heart. As it turns out, it wasn’t beginner’s mind I sought. It was beginner’s heart- the freshness of appreciation that comes through the open heart. I didn’t want to wait until my deathbed to finally wake up, safe in the knowledge that my vulnerability was time-limited. I wanted to wake up now.

In the presence of another, I touched the heights of this practice. Just before she died, my 90 year old grandmother and I would watch sentimental movies together. Our hearts opened in unison, crying like babies at sentimental endings. Where before I saw my Bubbi as a silly romantic, I now saw her for who she really was- a paragon of enheartened courage. A sentimentalist to the core of her being, she knew that vulnerability was not a sign of weakness, but a sign of life. Better hurt than hardened.

Schmaltz has been given a bad name for far too long. Leaving aside its etymological origins as chicken fat, it is often characterized as excessive or banal sentimentality. As a rule, we don’t bow to schmaltz as a path to God. We throw it in the trash with the rest of the gooey stuff. Its’ negative characterization reflects a long-established cultural tendency to diminish the value of the awakened heart. This pattern was birthed in a survivalist landscape, one where repressing emotions was deemed necessary to social protection and structure building. Better to survive by our wits than risk the wild beast of deep feeling. How much we have sacrificed to build a foundation for our eventual re-opening.

It is high time that we honoured the high and deep feelings of the awakened heart. Enlightenment is not a head trip, its’ a heart trip, gusts of God blowing through the portal of the heart, the aortic love valve merging with the love that courses through the universal vein. Through an enheartened lens, schmaltz is God’s door opener. It is his release valve, his armour buster, his healing balm, his saving grace. For those of us who have forgotten how to feel, schmaltz excavates our holdings and brings us back to life. At their heart, repressed emotions are unactualized spiritual lessons. If we want to expand our spiritual consciousness, we have to shake our heart tree often. Opening the heart unlocks the heart of the universe, and we see what is always before us.

As we shift from survivalism to authenticity as our operating principle, a penchant for schmaltz will serve us well. Although the world rewards insensitivity with the spoils of war, it takes more chutzpah to surrender than to numb. This is not a weakened form of surrender, but one that is emblazoned with courage. Most recently, I have turned to schmaltz whenever my love relationship goes awry. Like a call back to the Godself, I watch Serendipity whenever my heart threatens to close. By the time John and Sarah lock eyes again on the ice rink, I am again dancing with the Godself. No need to meditate to find God, just lay on the couch with a box of Kleenex and she will come.

This article is a guest post contributed with permission from Jeff Brown. A former criminal lawyer and psychotherapist, Jeff Brown is the author of “Soulshaping: A Journey of Self-Creation,” recently published by North Atlantic Books. Endorsed by authors Elizabeth Lesser and Ram Dass, “Soulshaping” is Brown’s autobiography — an inner travelogue of his journey from archetypal male warrior to a more surrendered path. You can connect with his work at www.soulshaping.com