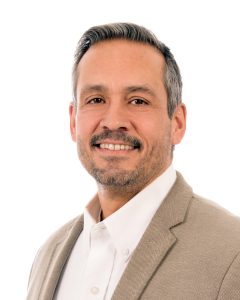 By Pierre ‘PAJ.’ Guertin, Ph.D.
What does being unconsciousness mean?

It is generally believed that we are unconscious when not being conscious. Although this is not exactly true from a scientific standpoint (see below), the first and main question to that ‘hard problem’ remains: what is consciousness ? In 1637, consciousness – also called soul, mind, or spirit back then – was defined by Descartes as a pivotal command center localized in the pineal gland (a region of the brain) which role is to control and animate the entire body. Although that definition has evolved over the years, contemporary neuroscientists such as Sherrington, Penfield, Eccles, Llinás, and Greenfield have continued to think, based on reasonable scientific evidence, that consciousness is indeed of neurological origin – a brain function not mediated by the pineal gland per se but by several billion neurons across multiple brain areas. As proposed by the Merriam-Webster dictionary, consciousness can simply be defined as the state of being aware of and responsive to one’s surroundings; in contrast, unconsciousness is said to be a state not marked by conscious thought, sensation, or feeling. As far as the ‘unconscious/subconscious mind’ goes, Freud and a few others before him (e.g., Schelling) have postulated that it can influence behaviors (Freud, L’Inconscient, Payot 1915). For healthcare professionals, other considerations prevail – especially in anesthesiology, unconsciousness is medico-technically defined as a condition, assessable with the Glasgow Coma Scale, that is characterized by a complete loss of response to verbal, physical, and ocular reflex stimulation (e.g., question, push or pinch, flashlight, etc.). In other words, someone deeply sleeping, in a coma, under general anesthesia, or suffering of specific mental disorders (i.e., schizophrenia is associated with altered consciousness/unconsciousness) is generally considered as being unconscious. But as mentioned above, many exceptions exist to that apparent duality between consciousness and unconsciousness; in real-life conditions, most of us are occasionally conscious (expressed as peaks, momentarily) but most often unconscious (Guertin, Journal of Consciousness Exploration & Research 2019).

Compelling evidence exists that both states of mind can, in fact, be expressed simultaneously. For instance, we may be aware and hence conscious that we are chewing a bite of our favorite hamburger, but simultaneously unaware and therefore unconsciousness of inner body (proprioception) inputs (e.g., posture, muscle tension, breathing frequency, etc.) and/or external, outer body situations (e.g., immediate environment around us, extreme global poverty, the vastness of outer space, etc.). Let’s imagine that, all of a sudden, you start a discussion with someone while eating that famous hamburger, you will most probably lose track also of your chewing activity – it will get automatically driven by involuntary and unconsciously controlled mechanisms localized in the brainstem and spinal cord (Steuer and Guertin, Reviews in Neurosciences 2019).

Above all these considerations, the most interesting question remains: to what extent are we unconscious when considered being generally conscious? Formulated differently, how could we assess the level of unconsciousness expressed by an individual (or entire population) in general or at a given moment in time? In recent years, neuroscientists have developed methods to measure levels of consciousness (i.e., mainly the form defined by anesthesiologists)(Casali et al., Sci Transl Med 2013). With data collected from electroencephalograms (EEG), transcranial magnetic stimulation (TMS), and brain imaging techniques (fMRI) subsequently analyzed with complex algorithms, they can assess quantitatively at least some forms of consciousness. The single value or score obtained, called PCI (‘perturbational complexity index’), is believed to arise from complex brain activity from areas postulated to underlie consciousness – e.g., medial prefrontal cortex, anterior cingulate cortex, amygdala, precuneus cortex, thalamus, anterior insula, hippocampus, hypothalamus, etc. However, the validity of PCI values for assessing all forms of consciousness such as the high awareness/consciousness levels expressed by Buddhist monks when practicing meditation remains unclear (personal communication from Prof Dr Olivia Gosseries, Coma Science Group, ULiège, Belgium). Otherwise, besides the PCI index and the Glasgow Coma Scale designed to assess consciousness or lack of consciousness, no method truly exists to specifically measure per se unconsciousness levels.

But, on the other hand, we know a long list of movements and behaviors that are virtually always under complete involuntary/unconscious control (i.e., not necessarily by the ‘unconscious mind’ of Freud but by brainstem-spinal cord networks) – e.g., when walking, chewing, swallowing, or breathing, all underlying muscle contraction and coordination is controlled by complex central pattern generator (CPG) networks and simpler reflex pathways (e.g., monosynaptic reflex, inverse myotonic reflex, etc.) independently of cerebral cortex control (Steuer and Guertin, Reviews in Neurosciences 2019). However, beyond those stereotyped movements and behaviors, it is not unreasonable to think that straightforward and direct observation of other kinds of human behaviors can provide significant insightful details about levels of unconsciousness found in the population.

There are countless signs of the great unconsciousness existing nowadays in our societies. In my newest book entitled ‘Beyond the Worst in Us’ published on Amazon by KDP Publishing, I illustrates through a heart-pounding novel based on real-life facts and true stories, the extent to which men, in general, are profoundly cruel, mean, violent, and to a large extent, totally insane and unconscious. It describes a total lack of love, compassion, and reasonable behaviors especially by people associated with specific religious organizations, drug cartels, Wall Street, international banks, secret influential societies or by regular people having to cope with severe sufferance, psychological pain, and stress (https://paguertin.wixsite.com/8chancepart1).

Although unconsciousness levels can’t be assessed quantitatively or scientifically by observation, the extremism of some behaviors can surely be interpreted as a reflection of those levels. For instance, isn’t pure unconsciousness expressed when leaders of the Catholic Church have ignored for so many years the role of priests in sexual abuse, rapes, and tortures both physically and psychologically, on young American, Canadian, and European boys in the 60s, 70s, and 80s? Isn’t it a sign of total unconsciousness to produce tons and tons of cocaine, heroin and other hard drugs, knowing the impact on health for millions of individuals worldwide? Aren’t we totally unconscious when letting Wall Street and other stock exchange markets grow from one crash to another; accepting implicitly repeated losses – houses, personal savings, and pension plans – mainly for small Investors? What does it say about us and our societies when we let some international corporations and secret societies working undercover to gain global control over people and governments; when we let pharmaceutical companies putting more money in developing drugs for erections and orgasms than in drugs that could help millions of people with debilitating and chronic diseases; when we let police forces harassing minorities – specifically black people and hispanics in the U.S. – supposedly for public order and security reasons; when we continue massively using charcoals for the production of energy and electricity in countries such as Germany and China; when all signs of global warming exist but we let implicitly carbon production increase year after year? Closer to us, at the individual level, aren’t we totally mad or profoundly unconscious when we pass by a homeless person without even helping or reacting or when we yell at our kids, hit our spouse or husband, or insult our neighbor? Based on these observational evidences, isn’t it intuitive to think that for many of us, levels of unconsciousness are extremely high and consciousness levels particularly low, most of the time?

How can we increase consciousness and/or decrease insane unconscious behaviors?

One of the greatest keys to unconscious behavior control is to reduce inner psychological fear from the past in order to live peacefully and serenely in the here and now. Cognitive and behavioral therapies assisted by hypnotherapy with or without pharmacological aids (e.g., psychedelics) can help achieving that – reducing fear and stress (Lemercier & Terhune, Journal of Psychopharmacology 2018). All in all, meditation, education, general knowledge, regular physical activity, body stimulation, nature therapy and cognitive/behavioral therapy can altogether contribute to significant changes aimed at improving mental health, keeping unconsciousness levels as low as possible, and increasing conscious behaviors as frequently as we can. Only then, will we be able to hope for global changes worldwide – one person at a time, one second at a time.

Although, pure enlightenment or full awareness induced by ‘mindfulness’ techniques or meditation is a state of mind unlikely to be attainable per se either because it is a utopia or, at best, approaches designed primarily to relax and reduce stress (Bertollin-Guillen, Annals Psychiatry Treatment 2019) for ordinary people who can’t afford spending eight hours per day to meditate like Buddhist monks. Nonetheless, we can all start somewhere with at least a few minutes per day at being more conscious of our body (proprioception), feelings, thoughts, emotions, behaviors, reactions as well as of the world surrounding us as it is (i.e., without sugar-coating). Based on a new theory called Relative Consciousness or 3TC Consciousness (Guertin, Current Trends in Neurology 2019), introducing some awareness here and there into typical tasks normally all day long such as walking, driving, cooking, working, listening, talking and eating, is a relatively easy way to get started for people with a busy lifestyle (i.e., known as the ReCAAL approach developed in my laboratory – see articles below and/or BernieChats on YouTube – https://www.youtube.com/watch?v=eYsr9jEXqOQ&t=4050s).


Over time, you can also try to introduce regular exercise training and nature therapy in your daily routine as well as different meditation techniques (e.g., transcendental meditation, Yoga, Tai-Chi, analytical meditation, etc.) to find out which one works best for you. Eventually, those efforts will pay off – it shall enable lucidity, critical thinking, truth-seeking, joy, calmness, and serenity to be increasingly expressed. Yes, we all can; let’s just do it!

ABOUT THE AUTHOR:
Short Bio: