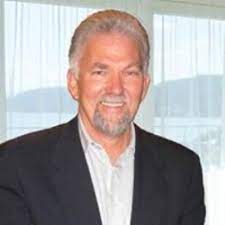 Below is Q&A with Paul Perry, author of Glimpses of Eternity: Sharing a Loved Ones Passage From This Life To The Next

Shared death experiences are when a person who is well shares the death experience of a person who is dying. Usually this person is a loved one but not always. There are cases reported in which medical doctors, nurses and other hospital personnel see the spirit of a patient leave her body at the point of death. They are not related to the patient yet they somehow have made the connection necessary to witness this incredible event. The same goes for precognitive experiences in which the spirit of a dying patient appears to someone who is not close at all. Usually SDEs happen between loved ones. But as we continue exploration into this fascinating field, we find that a lot of variance is popping up.

Can you provide any compelling examples?

Yes. Years before SDEs had been named and defined I experienced one. It happened when my mother was dying of dementia. I was preparing to leave the house for the care facility where she was a patient when I received a telephone call from Vernon Neppe, MD, PhD, the then head of neuropharmacology at the University of Washington. We had worked together on a book project maybe five years earlier and had not communicated since then. I can quote what he said almost exactly.

“I was sitting at the kitchen table reading the Sunday paper when I heard a voice say, ‘call Paul Perry.’ I ignored it and within a couple of minutes I heard the voice again, ‘call Paul Perry.’ So here I am, calling as ordered but I don’t know why.”

His medical field matched perfect with my mother’s affliction so I immediately told him her condition and asked if there was anything new on the market that could help her.

Neppe told me of an elderly patient with dementia he had recently treated with electroshock therapy. “It was like a reboot for her brain,” he said, adding that she had come out of her state of dementia.

Neppe advised we try the same thing with my mother. He even offered to discuss the case with her physician to make sure she was healthy enough for the procedure.

As we spoke a telephone call came in. I told Neppe I had to answer the call. It was from the care facility telling me my mother had died.

To me, that was a SDE that went from my mother to a stranger to her, Neppe, who then communicated it to me. The odds of it being anything else seem slim, especially given the reasons Neppe called me and the helpful information he imparted, albeit too late.

Well this is the million dollar question in a field with a million such questions. In my estimation there is no answer that comes close to explaining SDEs. For awhile it seemed as though they only take place among loved ones. We came to call this type of SDE an “empathic” experience because they only seemed to take place in the circle of family members where feelings of empathy would be high at the deathbed. That led us to believe there is something in empathy that triggers communication between minds, especially when one of those is dying. But now, increasingly, we find that SDEs can happen among those who are not particularly close, like the experience above with Dr. Neppe. That could take the empathy explanation at least partially out of the picture.

So the question, Why do these happen? is not even close to being answered. But, of course, we still try. One theory I lightly call the “Background Noise Theory” in which there is the notion that we are bombarded at all times by so much information that our minds cannot process it all at one time. In order to function our brain filters out only the essential information for our daily use and leaves the rest of it in the background. When someone dies – a loved one, for the sake of argument – then different information becomes present in the background that is conveyed by the dying person. That new information is filtered out and presented to those who deeply care, those who are empathic.

That is one theory. But like I said, it is only one theory. Right now we collect and examine SDE case studies. But why do they happen? We don’t know, just that they do happen.

Although that may seem like a cop-out to some people, it isn’t. Showing that they truly happen is almost as important as answering why they happen.

Why is “that they truly happen” so important? 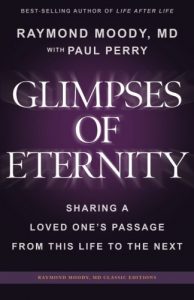 SDEs, on the other hand, are objective experiences because more than one person can bear witness to what happens as a person dies. So, for instance, if an entire family is at the deathbed of a loved one and they all see dead relatives coming to receive their loved one, or a mist rising from their body as they die, or if several have a premonition of death (there are many possibilities) then we have firsthand witnesses to a person’s death experience.

Can you give us an example?

Yes. This is a very unique SDE that was recounted by a soldier at Fort Dix, New Jersey. This case study was told by the patient who had the experience, and collected and confirmed by Dr. Moody:

“I was terribly ill and near death with heart problems at the same time that my sister was near death in another part of the same hospital with a diabetic coma. I left my body and went into the corner of the room, where I watched them work on me down below. Suddenly I found myself in conversation with my sister, who was up there with me. I was very attached to her, and we were having great conversation about what was going on down there when she began to move away from me.

“I tried to go with her but she kept telling me to stay where I was. “It’s not your time,” she said. Then she just began to recede off into the distance through a tunnel while I was left there alone.

“When I awoke, I told the doctors that my sister had died. He denied it, but at my insistence, he had a nurse check on it. She had in fact died, just as I knew she did.”

This is an extraordinary SDE yet not uncommon in what it reveals, that there can be some kind of communication at the point of death that invites a bystander into their death experience.

Why do some people experience shared death experiences and other people do not?

I have no idea. Some are lucky I guess? I do know that these experiences are far more common than most realize. And I know this through just casual conversation. When I tell people what I am working on almost everyone has a shared death experience of their own or of a family member or friend that they tell. Perhaps they didn’t know there was a name for this kind of experience – that is often the case – or they never felt free to talk about them. Bringing up this subject launches some interesting conversations that become very therapeutic. There is a lot of grief out there that needs to be released, as well as death anxiety. These unexpected conversations tend to go right to the heart of those matters.

What advice would you have for people who have a fear of death?

Reasonably speaking we all have a fear of death. So I don’t think it’s realistic to tell an audience that they shouldn’t have fear. Instead I tell them to study the literature that indicates a survival of bodily death. Talk to those who have had NDEs or SDEs. They are all around you in any setting. Figure out a way to bring up the subject. You will be surprised and glad you did. Fear is often just a lack of knowledge. So yeah, don’t fear education. In the end it’s your friend.