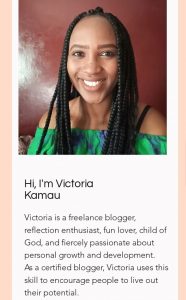 While in The Preparation Room

The promise was finally here. Jesus the Messiah.

Jesus came to earth, and he grew up in favor with God and man.

At the time of His baptism, God affirmed Him as His “Beloved son in whom He is well pleased.”

Right after His baptism, Jesus is led into the wilderness by the Spirit.

In the wilderness, Jesus is tempted.

He overcame the temptations through the word of God, everything He said was scripture based and supported.

Led into the Wilderness

I am particularly interested in the fact that just after Jesus baptism and affirmation, He is led by the Spirit into the wilderness!

Wait a minute, the Spirit led Jesus into the wilderness to be tempted?

Well, that is what scripture says.

I would often think to myself that after the validation, after the mountain top experience, then comes the victory. From that point on its glory to glory.

But lo and behold how further could I be from the truth.

After a calling comes a great testing.

What do you mean? You could be asking.

You see, the ways of the Lord are peculiar to man, He does not tread on the obvious paths of men. He does according to His sovereign will.

It was God’s will that Jesus be tempted.

Jesus didn’t contend with the Spirit; he went in obedience.

Upon his completion of the wilderness experience, he is then launched into ministry.

This is how it works people.

The Test Before the Triumph

Before a soldier is sent into battle, he must be tested first then he is sent. He is prepared by going through series of tests and trials.

What is not tried and tested cannot be trusted.

The same happened to Paul.

Before he became the great apostle of grace, he was taken into the desert of Arabia where he stayed for 3 years.

It was in the desert of Arabia that Paul was being prepared for ministry.

Similarly, Moses one of the greatest leaders in history was trained in the back of the desert for forty years before he became the deliverer of Israel.

It took wilderness experience and not palace experience to prepare Moses for his ministry.

It was alike with David. It was when he was shepherding his father’s flock that he was being prepared for kingship, he was even anointed when he was still a shepherd!

Thinking now that he was anointed he would go straight to the throne, much to his surprise matters got worse for him but it was in those times that his relationship with God meant something and was strengthened.

So if these great men including our Saviour and Lord were tested, who are we?

We all want the lights, we all want our names to be recognized, we want to have a great career, or ministry.

But are we ready for the testing?

This isn’t to scare you but to prepare you.

The Preparation Room is Meant to Develop You for Greatness

You will have a couple of setbacks, heartbreaks, disappointments, betrayals, etc. before you rise from the ashes.

It is God who will qualify you for your assignment.

He is the one who will train you to equip you and strengthen you but never to hurt you.

It is the evil one who hurts and causes harm but not the Lord.

What the devil intends for harm the Lord shall turn it around for good.

Even in that pain or difficulty, the Lord will see you through it and work a greater purpose beyond all what you could ever possibly perceive.

It is in the wilderness that we are prepared for our life’s assignment and not in the mountain tops or limelight but in the back of the desert so that when you are found faithful, you are launched into your calling.

While in the preparation room, keep hope alive. It’s easy to get discouraged and lose focus at this point.

However, if you really think about it, you’ll see its value.

The preparation room is necessary because it’s the place where you’re developed.

Don’t shun it away, it happens for your good.

One day you’ll look back and you’ll be grateful for the desert experience because it prepared you for where you are.