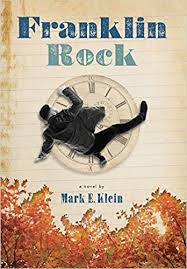 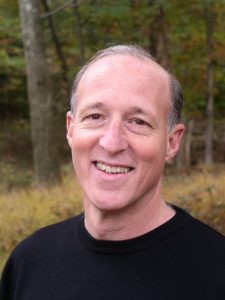 Yogi Berra, the New York Yankee catcher and infamous deliverer of many a humorous aphorism, once uttered these often-repeated words: “When you come to a fork in the road, take it.”

Most people laugh when first hearing Yogi’s words: you can’t take a fork in the road. You must choose the left or right path, and the implication is that one choice will yield the better outcome. Each of us yearns to know which path to choose, or more precisely, how to choose the correct one.

As Professor Niemeyer explains to the young protagonist in Franklin Rock, my novel about a man whose mission is to fix the world, there is no such thing as the best or the right choice. When a choice is made it initiates a cascade of downstream events, each of which in turn collides with and affects the choices made by countless others. There is simply no way to know the ultimate outcome of any choice.

In the book, Franklin uses a clever analogy to explain this concept to his best friend, Henry Clay King. “Imagine you are riding the Tube in London. At every stop, you exit the train and someone you don’t know randomly assigns you to either get back on the same train or transfer to another train. There is no plan, no overall strategy. Just one random choice after another. You could not possibly predict at the outset of your journey where you would find yourself at any particular time.”

America’s 2020 presidential election was an example of Yogi’s fork in the road. A bit more than half the country was certain that Joe Biden was the best choice for president and chose the left path; only a slightly smaller number was equally certain that the better choice was Donald Trump and picked the right path. Which group was right? Which path would lead us to the best outcome for the nation?

No matter how loudly each group insists it knows best, neither side is clairvoyant, neither can predict the future. President Biden will make choices and decisions, and of course, each will have an outsized influence when compared to those made by the average denizen of our country. Nevertheless, his decisions will be dwarfed in number by those made by countless others. It is the collision of those billions of choices with President Biden’s that will determine the future. No one can foresee what will ultimately transpire.

Had President Trump been re-elected, the same process would unfold as his choices collided with those other billions. We don’t get to try one option–President Biden– and then the other–President Trump–to see how each will turn out, and because we don’t we will never know which choice would have yielded the better for the country. We chose the left path; our future will be the one associated with that path. We will never know what future was in store for us had we gone to the right.

Once you accept that you can never know with certainty how a particular decision will play out, it becomes far easier to be humble. Democrats and Republicans–and all opposing groups–need to understand this immutable principle of our world and accept the fact that each of our choices is merely a best guess.

Each December financial magazines rank the annual returns of stock portfolio managers. So often the manager who delivers the highest return one year falls to the bottom the next. Like that portfolio manager, if you got it right, if the path you chose took you to the winner’s circle this year, there was assuredly a large element of luck. Choices were made by countless others–a few you know, most you don’t–and through the interactions of their combined choices, things ultimately worked out in your favor. It could easily have gone the other way.

“I know I’m right” is a phrase that needs to be uttered far less frequently. A civilized society can agree that some things are right and some are wrong. Love, kindness, justice, and empathy are among those that are right. Bigotry, injustice, and violence are wrong. Most of the rest is opinion and should be treated as such. It is not mere lip service to tell someone you respect his or her opinion. You should respect that opinion. It is your acknowledgment that it is not possible to predict any outcome with certainty. Each of us can always be wrong.

Once you accept that Yogi was on to something–that there is no way to ever predict the optimum choice–the pressure is off. It allows each of us to freely make what we assume at the time to be the better choice–defined as the one with the higher likelihood, but absolutely no guarantee, of eventual success–and then let go. How that choice turns out is in large measure out of our control, and our attitude should reflect that fact.

Instead, each of us should focus on what we can control: how we treat each other. “When you begin to worry more about other people than yourself, when you place their troubles ahead of your own, the burdens of your own life instantly lighten.” These words, spoken by Maurice Burnside, another character in Franklin Rock, highlight one of the great truths in life. Selflessly assisting others is the source of lasting happiness. Giving someone else the last piece of cake is far more satisfying than eating it yourself. The former is a small but real act of loving-kindness. The latter only adds to your waistline.

Each of us has the power to lift the yoke from our shoulders. None of us–except Franklin Rock–can predict how the world will unfold. Make a decision and move on. What then transpires is out of your hands. When you focus instead on what is in your control–bestowing acts of loving-kindness on both friend and stranger–the outcome is completely predictable. That always yields a life of joy and fulfillment.

ABOUT THE BOOK: Sometimes heroes appear when we least expect them. Thanks to author and physician Mark E. Klein, FRANKLIN ROCK (Greenbriar Publishing; January 12, 2021) has arrived just when we need him most.

One-part Siddhartha and one-part Forrest Gump, undergraduate student Franklin discovers that he has been chosen. In one extraordinary moment—a brief but crystal-clear glimpse into the future—Franklin learns that his life is to be an adventure unlike any other.

Beautifully written, FRANKLIN ROCK is a novel of adventure, comfort, and compassion. It is a healing balm and a ray of hope in our darkest hours. As Franklin grows in understanding, so does the reader, learning surprising lessons about time, our world, and the meaning of life.

MARK E. KLEIN M.D. is a physician and author. His career has been centered on caring for others, whether they be patients, colleagues, or strangers. He is always a teacher, sometimes of new medical technologies to other physicians from around the nation and the world, other times of those even more important issues of life that none of us can avoid. He continues to practice medicine in Washington, DC. Franklin Rock is his third book and his first novel. He has four children, four grandchildren, and lives with his wife in the Washington, DC area. Visit him at markekleinmd.com.