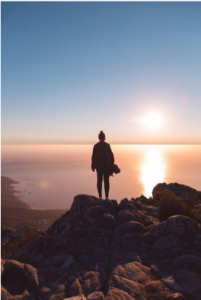 The star of Avatar, Sam Worthington, found out that he was going to get an audition for Avatar when he was living in his car…

Originally a bricklayer from Australia, Sam had reached a point in his life where he wanted to figure out what was going on inside him. So, he auctioned off the possessions in his house to friends and started living out of his car. After he got an audition, it took Avatar director James Cameron six months to convince the executives at the movie studio that Sam Worthington, a previously unknown actor, was the right guy for the lead role in the most expensive movie ever made, Avatar.

Sam’s story reveals a couple important truths. First off, just because you are down and out on your luck doesn’t mean you aren’t on path to fulfill your dreams. A lot of people in Sam’s position would have given up or considered themselves to be a loser or failure in life because they didn’t have a job and were living out of a car.

Instead, Sam took that time to focus on himself and what was “going on inside him.” It is absolutely crucial during difficult times in our life to remain committed to our Self, our dreams and what we know inside of us to be true — even if it appears we are down and out.

Secondly, Sam’s life illustrates the importance of creating a strong internal foundation. Most people in his situation would have just focused on the external circumstances of his life like going to this website to get some trendy accessories (living out of a car with no money or job). Or, he may have decided to click here and get some hunting gear. But, instead, Sam took that time to create the necessary inner space for himself and his dreams to unfold.