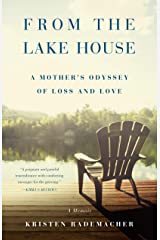 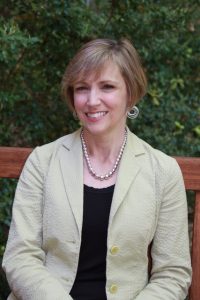 1. What is FROM THE LAKE HOUSE: A MOTHER’S ODYSSEY OF LOSS AND LOVE about, and why did you write it?

My memoir takes place during a few turbulent years of my life. After a shattering breakup at age 39, I abandoned my well-ordered life in metropolitan Boston. I impulsively relocated to a college town in North Carolina—dismissing the neon signs that flashed Rebound Relationship—to start anew with a freshly divorced southerner. Not a well-thought-out plan! Before too long, the once-charming contrasts between my new beau and me became worrisome, and the luster of my new small-town lifestyle faded. But by then, a pregnancy test stick had lit up. As my pregnancy progressed, a fierce love for my unborn child competed with a growing concern about the bond with my partner. And then, tragedy struck.

The writing of this memoir evolved after several years of regular journaling. I’d used journaling as a means of coping with the loss and changes described in the book, and eventually, a memoir started to take shape. I ultimately wrote the memoir to honor my daughter and to provide hope and healing for others who’ve felt the sting of grief and sorrow.

2. Your relationship did not survive the strain of losing a baby. What challenges did your relationship face, and what advice would you give other parents experiencing a similar loss?

My relationship would likely have ended regardless of our loss. We were fond of each other but were ultimately mismatched, and the lack of enough common ground was starting to drive a wedge between us. After we lost our baby, that wedge grew exponentially, partly because we had little left to unite us. But the wedge also grew because we grieved very differently. I expressed my pain by going inward and retreating to solitude; in many ways, I cut myself off from him. He showed his pain by going outward and staying busy. Soon, anger entered our relationship, which finished us.

The death of a baby or child puts a considerable strain on a couple, even for those with a strong bond and a solid foundation. My advice would be to commit to nurturing the relationship and commit to caring for oneself. Sometimes these are two separate tasks. A healthy relationship can be a sanctuary in times of high stress, so it’s essential to find ways to keep it a sanctuary. Communicate honestly and openly about how to sustain the relationship while also coping with grief and loss. Finally, encourage each other to find one’s own unique path to healing.

3. What about losing a child? What was that like, especially the grief?

Grieving the death of a baby is unusual as it’s a sorrow devoid of concrete memories. Instead, it’s a sorrow steeped in mystery as a parent can only imagine how her child might have developed. Would this have been a fussy baby? When might she have started to crawl? Would she have loved this book or that book? Mourning the death of a baby means mourning an entirely unlived life. Grieving the unknown can be particularly punishing and complicated.

A parent who’s lost a baby also has to endure a solitary grief. While friends and extended family can be a tremendous support, they likely had only a brief—if any— chance to form their own connection with the baby. The mourning felt by friends and family is mostly on behalf of the parents, not due to their unique, personal bond with the child. Bereft parents are often left to carry the remembrance of their child’s brief existence on their own.

4. What advice would you have for others who are grieving the death of a child?

I’m sure my advice is not new, but it bears repeating. Grief is a long and unpredictable road. So, find ways to sustain and support yourself along the way, and expect the unexpected. I was so eager to ‘feel better’ in the first months of fresh grief, that moments of reprieve—energy to make a cup of tea, desire to talk to a friend, a long walk through the neighborhood—felt like a salvation. And I would mistakenly believe that my taste of salvation meant I’d turned a corner for good. But grief doesn’t work linearly. I remember my own disappointment and shock when a few good days in a row would be followed by a bad one. What? I thought I was getting better? I soon learned to savor the breaks in grief, and when the raw ache bubbled back to the surface, I learned to have faith that I would be able to bear it.

In a nutshell, my advice is to discover what helps you bear the hard moments, make sure you celebrate and soak in moments of grace, and believe that you will find your way and be okay.

5. Did you experience any serendipity or synchronicity in your books (or life) journey? If so, how?

Shortly after my baby died, I began reading many books on the topic of infant loss and also started journaling. One of the first books I read was the memoir, Losing Malcolm by Carol Henderson, which is the story of how a new mother coped with her infant son’s death. A year later, I signed up for a journaling class at my local arts center, only to discover that the instructor was Henderson. We’d never met, and I had no idea we’d lived in the same town (much less the same part of the country). 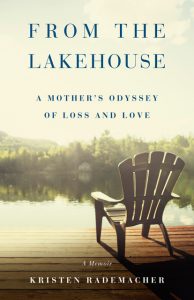 This journaling class led to an invitation to join a new writing group Henderson was leading. The decision to join this group propelled my life into new directions. Five women and I became steady and dedicated members of Henderson’s writing group, and we stayed together for years. In the company of these talented writers—who also became dear friends—I began to write essays about my loss, mining my journal for details. Week after week, month after month, the essays morphed into a personal narrative, and the beginnings of a memoir began to take shape. Many drafts and over a decade later, I completed a final book.

I’ve often thought that reading Henderson’s memoir was the first step I took along the path that ultimately led to my memoir publication. A moment of serendipity indeed!

There are many ways to cope with grief and loss, and for me, writing proved to be vital. Not until I saw the words spilling across the pages of my journal did I start to understand what I was feeling. Because the initial emotions can be disorienting and overwhelming, understanding even a small bit of them is helpful.