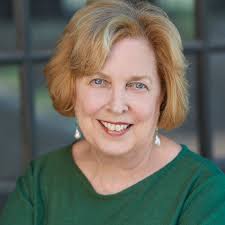 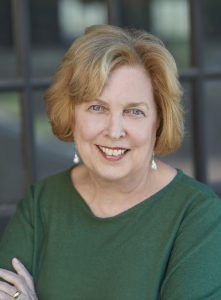 1. What is Toward That Which Is Beautiful about and why did you write it?

The novel tells the fictional story of an idealistic young nun in the early 1960s who goes to work in a small town in the Altiplano of Peru, where the climate at 12,000 feet leaves her breathless and disoriented.  She does not speak the Aymara language, having studied only Spanish with a smattering of Aymara in language school, so this lack makes it difficult for her to truly communicate with the people of the parish. In addition, she finds herself falling in love with an Irish priest with whom she is working. The novel begins with a desperate Sister Mary Katherine, or Kate, walking away from the convent one day with no money and no destination, and it follows her for eight days on a journey throughout Peru, with flashbacks to her early years in the convent, as well as to her relationship with Father Tom Lynch.

Toni Morrison said, “Write the story you want to read.”  So I wrote this story hoping to portray the life of a normal American girl who chooses a life of poverty, chastity, and obedience,  so counter-cultural to most girls’dreams, becomes a nun, and then finds herself out of her depth in a mission she volunteered for in the Altiplano of Peru.

2.  How much of Toward That Which is Beautiful is based on your own life?

The central plot of the novel is not based on my life.  I did not work in the Altiplano of Peru, and I did not run away from the convent with no money and no destination.  However, I was a nun for eleven years.  I entered a community of teaching nuns when I was sixteen. I survived the tough early years of the novitiate, and made close friends with many of my classmates, whom I still treasure today.  I was happy. After several years of teaching in St Louis, I volunteered to go to Lima, Peru where we had a grade school and high school at a large urban parish run by the Maryknoll priests. I traveled through- out Bolivia and Peru, so I have been to all the places I describe in the novel: LaPaz, Cochabamba, and Coroico in Bolivia, and in Peru, the Altiplano, Puno, Arequipa, and, of course, Lima, where I lived and worked for three years.  The flashbacks to Kate’s youth and her early years in the convent are the most autobiographical parts of the novel.

3.  You were a former nun. What made you leave the convent?

I am the eldest of seven children in an Irish Catholic family. I entered the community of the sisters who had taught me in grade school and high school at age sixteen, much against my mother’s wishes because she thought I was too young.  However, my father, proud to have a nun in the family, talked her into giving me permission. My reason for entering then was that I thought I was getting too “boy crazy.”  For years I had felt called by God to be a nun.  I was very happy in the convent in those first six years or so, but right before final vows I began to have doubts, especially about celibacy.  I felt a strong attraction to men and wondered if I really would be able to give up a life of erotic love, marriage and children forever. However, I asked God to help me be faithful, and went ahead and made final vows in spite of my doubts, this after eight years in the convent. It was in Lima that I really had to confront myself when I found myself in love with a priest from my hometown who was working in Bolivia. (Yes, that part is close to the plot of the novel.) It took some time, lots of prayer and some sage advice before I could really see my way to feel free to leave the community. My relationship with the priest ended, but it had helped me experience human love in a very deep way, and to face myself and my God-given nature. I do not consider my years in the convent to have been a mistake.  I grew so much and am eternally grateful to the sisters with whom I lived during those years.

4. What advice would you have for people who fall in love with a priest or nun, but are hesitant to pursue that love?

Now my advice would be to see a therapist, someone who understands the celibate life.  I would advise them to slow down and take some time to find out who they really are. Having said that, I do think celibacy ought to be optional for priests in the Catholic Church.

5.  What sort of reactions have you gotten from the book so far?

It has not been published yet, but early readers have called it well-written, lyrical, a page turner, with an engaging central character. I also hope readers will enjoy seeing Peru and Bolivia through Kate’s eyes. 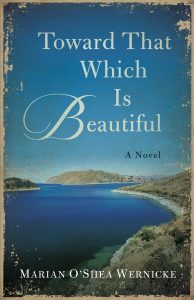 I am still on this journey of self-discovery! Leaving the convent in 1971 really made me search for who I was. I clung to my faith in God, and this faith has been a gift throughout my life although I have developed a whole new idea of God and my relationship to the Ground of our Being.  Four years after leaving the convent, I met and married a handsome young engineer, a Catholic, whose mother was from Puerto Rico, so we had that love of Spanish and Latin culture in common. We had three children, a daughter and two sons,  and the demands of being a wife and mother of three along with my long career as a teacher and finally professor of English at a community college taught me great humility, as well as love. I am still a Catholic, although at times greatly disappointed in the hierarchy’s serious sins over the past years. I constantly read the great Catholic writers, especially the poet Gerard Manley Hopkins, Thomas Merton, Dorothy Day, Flannery O’Connor, and above all the great scientist/theologian, Teilhard de Chardin. Now, as a grandmother, I am once more discovering a new kind of love, very visceral and joyful.

7. Have you experienced any serendipity or synchronicity along your journey?

Yes.  If I had never gone to the convent and then worked in Peru for three years, my life would have been so different. In 1973, after leaving the convent, I left my hometown of St. Louis and took a job as a bilingual teacher of Puerto-Rican teenagers at Holyoke High School in Massachusetts. On a winter break, I took a train to DC to see some friends who introduced me to my husband, Michael.  Our three children all studied Spanish, our daughter married a wonderful man whose parents are from Puerto Rico, and our grandson, age 6, is in a bi-lingual public school here in Austin, and speaks very good Spanish.  Isn’t life magical?