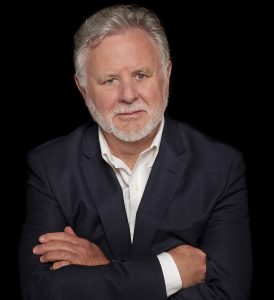 1. What is The Secret of The Alchemist about and why did you write it?

I’ll answer with a short story. In 1993 I was part of the team at HarperCollins that published The Alchemist by Paulo Coelho, with sales to date of over 86 million copies in 70 languages. When I met Paulo, however, he was an unknown Brazilian author, with his books only in Portuguese. At that time no one in the firm had predicted what a global bestseller he would be – until I read the manuscript.

I read his story of Santiago the shepherd boy, who follows his dream of finding treasure in the desert, and instantly knew – because of my own spiritual journey up to that moment I read the manuscript – it would be a global sensation. I persuaded my colleagues to give the book the highest level of marketing spend we could afford and the rest, as they say, is history!

When I met Paulo in person, in those early days soon after the book was released, he said he wanted to thank me with a gift, in gratitude for my passion and vision for his book. The gift was not what I expected and you can read a full account of our ‘magical’ encounter in the preface of my book. The gift he gave me was to change the course of the rest of my life and ultimately led to my writing The Secret of The Alchemist which is my account of the deep and life changing spiritual lessons I discovered – including ‘the secret’ – buried within Paulo’s novel.

2. What sort of effect did your meeting with Paulo Coelho and his book The Alchemist have on your life?

The immediate effect was amazing and was manifested through two distinct outcomes. On the one hand, Paulo challenged me to decide what I really wanted in life, and once I made that decision, he said it would happen! I learned very quickly to be careful what you wish for because the first obstacle to success is fear. I wanted to start my own business and yet to achieve that I had to face my fear of failure.

As I began to dig for the secret buried in The Alchemist, I unearthed a new found courage to face my fear and follow my dream and within a short space of time I founded a successful advertising agency.

On the other hand, the effect was to restart an inner spiritual journey that I had put on pause for many years and led me to begin to value the uniqueness of what I had to offer the world – I found my inner treasure.

Great question! I do talk about Alchemy a lot in my book because when I read The Alchemist I found a new mythic metaphor that gave shape and sense to most of my personal spiritual quest over the last 50 years.

Yes, Alchemy is all about transformation – and that’s not about changing who we are into someone else or a perfect version of ourselves we think we should be. True personal transformation is about becoming our real self – the ‘self’ that is often hiding deep within our unconscious waiting for us to allow love, acceptance and nurturing to release the full potential of who we are – this is the meaning of the metaphor of the ancient alchemists who were striving to turn lead into gold.

My best example of overcoming an obstacle to my living life to the full – and believe me there are plenty to choose from – is when I discovered my inner child in the cupboard of my unconscious. When I was a toddler I had a real life Harry Potter experience of spending time locked in an understairs cupboard. The consequence was an angry and frustrated inner boy who was controlling my thoughts and emotions as an adult. His power was so great that he had my life set on a path of self destruction.

By using the process outlined in the ancient wisdom of Alchemy, as interpreted by Carl Jung – a devoted alchemist – I found a way to give voice to the inner boy and give him the attention and love he had been denied. Slowly and gently I experienced a healing of the pain he had encountered and finally – instead of being an obstacle to my emotional progress he became my greatest asset. It’s that boy who became the writer I am today. My greatest weakness become my most treasured strength.

The power that made that happen, and what I refer to constantly in my book, is the power of unconditional Love.

Whenever I think about the many synchronistic omens throughout my life I burst out laughing, especially since I began writing The Secret of The Alchemist. What I love about omens is the fact they are usually so outlandish and unbelievably coincidental – you cannot make them up.

I have written about many of them on my blog: colmholland.com/blog – but here’s one I hold particularly dear. Soon after I finished writing The Secret of The Alchemist I was on a train to London, England, on the first leg of a long journey to Nashville. In my hand luggage I had an early proof copy of my book and a copy of Paulo’s latest book ‘Hippie’ that I started to read on the train. I was excited that my book would be published soon and was wondering how readers would react to my story. Would people want to buy it?

Just then a voice from the seat behind me said, ‘I’m on page 34 – what page are you up to?’ I turned to see a man holding up a copy of ‘Hippie’ and we both laughed.

I invited Peter, whom I had never met before, to sit next to me and straight away we joked about the coincidence and how Paulo would have laughed too that we are both reading his book on the same train, in the same carriage next to each other at the same time.

I call that an omen – not simply because it was an amazing coincidence – but because it held a special message of encouragement for me. Peter asked me what I did and I showed him my book, The Secret of The Alchemist and he instantly said he really wanted to read it and gave me his email address so he could buy a copy when it becomes available on August 1st 2020.

5. What advice do you have for someone who is trying to fulfill their dreams, but has become afraid to move forward in their life for fear they are wasting their time? 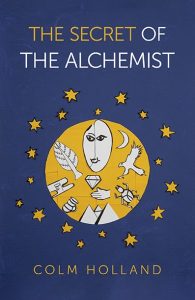 I can only share my own experiences and as far as fulfilling dreams and ambitions is concerned I learned a very important first lesson by reading the story of Santiago in The Alchemist: most of us have buried our dreams deep in our unconscious and for some reason have given up dreaming altogether.

Anyone reading this may think they are alone in feeling it is better not to dream at all than to fail. You are not alone – that’s exactly what I thought too until I read this passage in The Alchemist:

” Everyone, when they are young, knows what their destiny is.They are not afraid to dream. But, as time passes a mysterious force begins to convince them that it will be impossible to realize their destiny. To realize one’s destiny is a person’s only real obligation. It’s your mission on earth. And, when you want something, all the universe conspires in helping you to achieve it.” Paulo Coelho.

This is the experience of my life through an encounter with power of unconditional Love – that surrounds me and is within me – leading me on to fulfill my dreams. This can be your experience too and to assist you in unearthing and believing again in your dreams I have made this blessing for everyone who reads my book:

“As you read The Secret of The Alchemist, I have asked the magical power of Love to give you everything you need to be the alchemist in your world.” Colm Holland.